A future for digital currencies and e-gaming 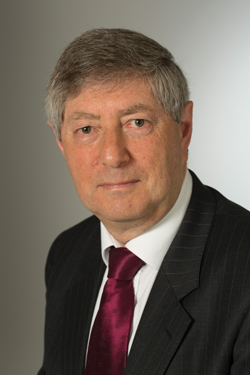 In 2014, many sectors began to recognise the real benefits digital currencies can bring them. Based on the block-chain technology, the first applications that have been developed allow the transfer of value between parties on the internet without the need for a financial intermediary. Gaming companies were amongst the first to realise that this approach could not only reduce payment processing costs dramatically but also remove the major issues that “charge backs” cause with card companies.
The Isle of Man has a track record of recognising the potential of major innovations and establishing the correct regulatory and fiscal control processes and procedures around them to allow businesses to become established and thrive.
Over the past year, our forward thinking approach to digital currencies has resulted in a clustering effect, attracting both industry participants and their supporting technical ecosystem too. This further enhances the digital diversity of the Island, with participants that can (and will) create products and services that are not just dependent on the regulatory framework and taxation framework, but exist here because of both the clustering and test-bed capabilities.
We now have more than 20 crypto currency businesses based on the Island including CoinCorner, which developed a digital currency exchange and payment engines for crypto currencies, GoCoin and BankToTheFuture.
As we look at such innovations however, it is vital that we preserve the reputation of the Island, keep crime out and protect the individual as we have done with e-gaming.
Security fears
When evaluating this new “disruptive” technology and before taking any decisions as to whether we should take steps to control its introduction, it was important for the Island to look at the evolution of the concept and to examine carefully the key news stories that had emerged.
Assets seized by the US authorities in the “Silk Road” incident included Bitcoins but these have since been openly sold by the Marshall’s service back onto the market; clearly differentiating the criminal activity of selling drugs from the way the proceeds of that crime were held. Many would argue that those proceeds that were held in Bitcoins were easier to trace and seize than cash or standard bank deposits due to the audit trail capabilities within the blockchain.
In February 2014 the largest Bitcoin Exchange, based in Japan, ceased trading and filed for bankruptcy. On investigation, around 850,000 Bitcoins that they held were apparently “missing”, although 200,000 of these have now been found. If any of these were to be offered back to the market perhaps they could be tracked through the blockchain mechanism. Suggestions have been made that management controls in the company were not sufficient and that their software storage mechanisms were not secure enough, allowing the Bitcoins to be stolen.
This is not a fault of “digital currencies” per se; as one analyst put it, “If someone stole some gold from a safe, it is not the gold’s fault but a lack in the security controls of the owner of the gold”. Bitcoin itself is not the problem. But the press coverage has created some fear, uncertainty and doubt in the minds of the public, without necessarily examining why digital currencies have emerged and the potential benefits that they could offer.

Protecting businesses and players
From a government point of view understanding these issues whilst establishing a regime whereby robust safeguards are put in place is key to allowing responsible companies to operate in this emerging market.

The Bitcoin exchanges that have already established on the Island have demonstrated an understanding of their responsibilities in this regard, and have set up constructs on the banking side by offering “cold storage” for their customers’ actual digital currencies (cold storage being a reserve of Bitcoins that is kept offline on a USB drive, paper wallet or on encrypted media where the encryption key is offline for example).
Security is being further enhanced by the potential introduction of “multi-signature control technology”, where a transaction requires the signature of more than one private key for the Bitcoin to be spent. The potential introduction of insurance against loss through fraud or hacking activity, as has been recently announced by AON, will also help to minimise risk to the individual.
On the Isle of Man we are also in the process of bringing digital currencies under our proceeds of crime act. The new Designated Businesses Act is on schedule for a Royal Assent by the summer of this year, which treats digital currency exchanges in the same way as any other company that holds client funds including lawyers, estate agents, auctioneers, etcetera.

Digital currency and gaming
With regards to our e-gaming community on the Island, a number of operators are currently preparing their systems to be able to process digital currencies.
In the case where a player uses a digital exchange to convert the digital currency into fiat currency and then directs the fiat into an existing wallet held at a licensed gaming company, little needs to be addressed. The gaming company will treat this as any other deposit and apply its standard and approved Anti Money laundering checks and will segregate the player’s funds to protect them as they would with any other deposit. Under our new process the exchange itself will be registered with our Financial Supervision Commission under the Designated Businesses Act.
Another case would be where the gaming operator wishes to accept bets directly in digital currency. This would involve the operator establishing, for example, poker tables or slots that are denominated in digital currency.
For poker, as the operator would merely retain the rake, they would not have an exposure to any fluctuation in the value of the digital currency. For a casino or sportsbook the pay out in digital currency may be higher than the stake, and therefore the operator will need to ensure that they have sufficient funds in that digital currency to avoid having to buy in such currency at perhaps a disadvantageous rate which would affect profitability.
One of the barriers to quick adoption that we see is the availability of banking relationships that will accept transactions from digital currency exchanges. Late in 2014 some of the UK clearing banks decided to not deal with financial institutions trying to act as bankers to these exchanges which has slowed the path towards introduction. There are changes being implemented in the UK which should open up the faster payments system, and clearing itself, to a wider range of institutions, which should remove this barrier and perhaps even bring some of the existing clearing banks to provide banking services themselves.

Conclusion
In summary, the Isle of Man sees that major benefits could emerge from the acceptance and growth of digital currencies and we see its adoption as a natural progression in the transfer of value globally.
Whether Bitcoin itself will be the only (or main) digital currency of the future is very much open to debate depending upon whether existing payment solution providers try to implement their own alternate versions, but growing acceptance and usage is inevitable. This growth combined with the establishment of other cryptology technologies based on the block chain will produce a major impact on society, in general, and especially the e-gaming industry.
By ICE 2016 I expect that we will look back on the year when digital currencies were successfully introduced into the licensed gaming industry.

Comtrade: ICE and beyond
The Story of INTERBLOCK