A rose by any other name…

Casino International > Features > A rose by any other name… 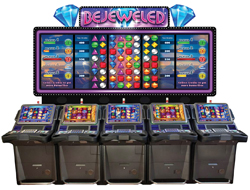 If a change really is as good as a rest, Walter Bugno and the GTECH team must be feeling very refreshed indeed. After a major rebranding following various acquisitions to position the SPIELO name at the forefront of the gaming business, a reorganization has brought a different visage from within the group to the forefront – GTECH. Walter spoke with Casino International at the recent Global Gaming Expo in Las Vegas and explained why the changes are very positive and how they bring the company to a position of great strength from which customers will certainly benefit.

Casino International: It’s been a long and complicated path to this point and the ‘birth’ of GTECH as the company identity. Could you talk us through the journey?
Walter Bugno: History starts in two different worlds: one is Lottomatica in Italy, which is based in its own market as an operator, and started with products in the lottery market, and which has since expanded. The second world is GTECH, which was in the lottery services sector globally. In fact, it used to supply Lottomatica with technology products for its operations in Italy. Back around 2004, Lottomatica had reached a point where they needed to grow and expand beyond the Italian market.  At the same time, GTECH was looking at lottery markets around the world for further growth opportunities.
Lottomatica completed the acquisition of GTECH in 2006. At the same time, GTECH was looking at avenues for growth, and decided gaming would be a good market outside of lottery – so GTECH bought SPIELO a VLT-focussed business, in 2004. With an eye on more international expansion, GTECH later bought Atronic, based in Europe. GTECH then realised that gaming is about more than machines, and looked at the interactive space. From there, companies like Boss Media and Dynamite Idea came into the family as well – all interactive businesses that eventually, in 2011, became GTECH G2, the iGaming division of SPIELO International.
Lottomatica was a lottery operator that wanted to buy a lottery technology company. So when Marco Sala was appointed as group CEO in 2009, he decided to review the portfolio and restructure the business into what was then a product-vertical business. As an operator in Italy, it was Lottomatica; for lottery services, it was GTECH; for gaming, it was SPIELO and Atronic; and for interactive, it was what became known as GTECH G2.
I was brought in to run Atronic and SPIELO, and I decided to integrate them to create SPIELO International. We then looked at customers in gaming and saw many of them were moving into interactive gaming, which, of course, fit in with the GTECH G2 part of the business. We also saw content ported from gaming into interactive, so we thought, “Why not integrate SPIELO International and GTECH G2?” So the two businesses joined under one umbrella in 2012.
To step back and talk about the high-level businesses: around our executive table, we were discussing a number of key developments in the market. We studied this phenomenon of gaming customers operating in many markets, which is also true in the lottery space, because lotteries were moving into interactive. Many lotteries around the world were starting to look at the VLT market, similar to Canada. The product segments were not so clearly defined to them, and that convergence was intruiging.
We also noted some new trends in technology. Mobile was starting to develop across all four sectors — lottery, gaming, sports betting and interactive. We saw this as an opportunity for synergies and efficiencies: rather than each of the businesses developing their own mobile solutions, our technology investment could be leveraged across all channels.
When we looked at this, we decided to consider geography verticals and product horizontals, instead of product verticals. So today, one team develops the product for every sector and every part of the world, and looks after and develops customers geographically, by the same group, irrespective of whether they are lottery, casino, gaming, or interactive. That’s how we then created this new organisational design. It’s driven by geography and split into three verticals (International, Americas, and Italy), and is supported by a Products and Services group; one team in the P&S group does mobile for all of our customers, one does 3D for everyone, and so on.
The next big decision was the brand. Lottomatica Group was the parent company and is a well-known brand in Italy, but its position wasn’t strong in customers’ minds outside of Italy, whereas GTECH was a well-known and recognized company around the world. If we were truly to globalise the business, we needed to embrace the GTECH brand.
So we took GTECH S.p.A. into the stock market – S.p.A. is the equivalent of ‘limited’ in western markets. We retained some operational brands like Lottomatica in Italy, and kept SPIELO as the gaming product brand.  Otherwise the organisation – its teams, management, and locations – are now all branded as one company under the name GTECH.

CI: Isn’t this a second branding reposition in quite a short time? Is that confusing to customers, do you think?
WB: We have reorganised to focus on technology and customer needs. This allows us the flexibility and agility to move much faster in response to our customers and changing markets. That’s the key.
With all of our major customers, we’ve done a lot of work on one-on-one communications. Shows like G2E help to keep on building on that story; considering that we only officially made the change in June, we have already made great advances. I’m confident that it’s a good move and the message is getting out there to the market.

CI: Your presence in Asia is relatively limited – presumably you want to grow the business there, where else?
WB: Asia is one of those promised lands for us; we’re not big in Asia in any part of the business – yet. For us it’s one of the new frontiers. I’m spending a lot of time pondering it at the moment. It’s important, and a place we want to grow in the near future.

CI: Has your title and role changed since the company has evolved?
WB: My responsibility now is to look after the international part of the business – Europe, Africa, and the Asia-Pacific region. I’m responsible for developing our business there, and becoming the growth frontier of the future for our business in those regions.

CI: When you acquire a company you bring its structure in; how have the roles of the various offices – and former head offices – of companies like Atronic fitted in, and how has their function changed?
WB: A lot has changed, and the offices do not all play the same role as they did formerly. Looking at the way the business is run, we have two major centres where a lot of the organisation at the senior executive level is being run. One is Rome, where Marco Sala is based, and then there is Providence, Rhode Island, U.S. The nature of my geography is more widespread and complex, so I am based at our office in Monaco and my executive team is spread around the world, with operations in London, Singapore, and around Europe and the world. We are establishing operations differently. For example, the Atronic office in Graz still exists, but now it is a development centre.
The other overarching complexity that all businesses go through is the concept of legal entities. A lot of people think of a business by its legal entity name – in interactive, for example, people might think of Boss Media, but for all intents, as an operating business, it does not exist. It is a legal entity where we hold our intellectual property; we still report the corporate accounts for Boss Media, but it’s a finance function, not an operational function.

CI: You’ve touched on changes to the R&D approach but is there a change in how ideas originate and grow organically, with the changed structure of the company?
WB: We have a very well-defined process, but there are some subtle differences and changes that the organisation is adopting. One of the greatest products you will see at G2E is the Sphinx 3D game; that originated from SPIELO, per se, and had champions all along where people were prepared to take risks.
Two years ago, we were sitting at the bar at Aria having coffee and our product manager and content manager said to me, “We have three options to explore with 3D: low-risk, medium-risk, and high-risk.” They explained what each was, and the cost differences. I opted for the high-risk option because the rewards were high.
Today, the organisation works differently, because there is no individual that makes the decision for everyone on that one type of idea. An investment like 3D is a global decision, and it goes through content and product management like before, but then it needs to be syndicated through the various departments. The trade-off, and improvement, is that the process becomes much less complex at the development phase.
But the biggest benefit is that when it comes to focus and speed, it is much faster now because we have everything devoted to that resource. So we have made sure to simplify the process at the top – we meet and engage on these interactions regularly, with these ‘hero’ ideas, on a monthly basis when we share developments.
Inside the organisation, the ideas come from all corners of the business; we have launched an innovation program across the organisation. I think it’s becoming a more effective and efficient system.
The heart of all these changes is our response to the market by meeting the ever-changing needs of our customers. GTECH’s new corporate structure allows us to bring ideas to market more quickly, and share content across channels more efficiently than ever before.