All about Comtrade Gaming

It’s not unusual for ‘outside’ technology to eventually permeate the gaming sphere, it just usually takes time. Comtrade started life outside of gaming, but recognised fairly early on that the company had skills and products that would benefit gaming – now they are a part of the gaming IT landscape and growing fast within the industry. Ale Gornjec details the company’s journey to Casino International.

Casino International: Comtrade is a much larger company than just its gaming division – where does gaming sit within the company, and how is it structured? 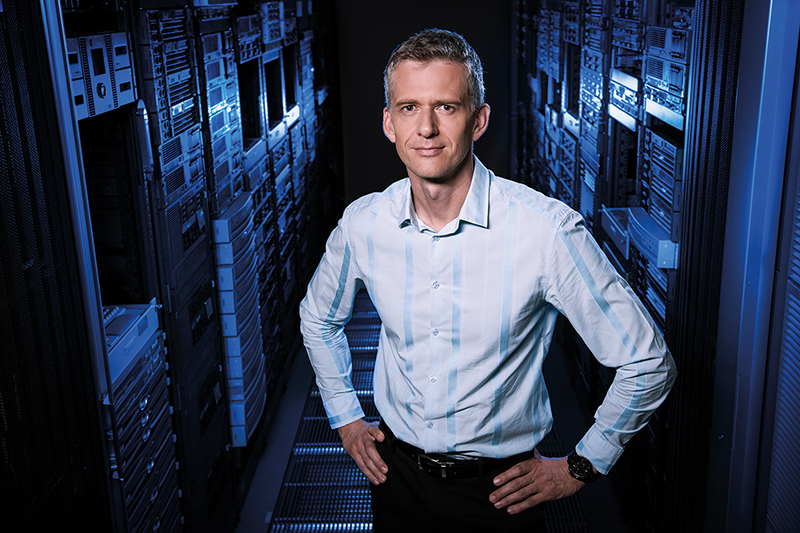 Ale Gorjnec: Comtrade is an IT organisation based in Slovenia – well, actually Serbia, where our owner lives. We run three businesses within Comtrade, and Gaming is one of them. Another is Comtrade Software, specialising in infrastructure projects – data backup, recovery, all kinds of monitoring projects within IT. The third part is Comtrade Digital Services, and this is a software development and outsourcing arm where we work for various companies in travel and hospitality; RyanAir and Lufthansa, for example; finance – we have been in e-banking for more than 20 years; and energy, in smart meters.

That’s big business. When you have 5 million meters in California, from which you have to collect readings on 15-minute intervals, it becomes a huge database and analysis opportunity to process the data. It’s simpler than monitoring gaming machines, but the volumes are bigger. We monitor gaming machines often, and our biggest installation is in New South Wales (Australia) with almost 100,000 machines. The complexity of information you get from these sorts of machines is much more complex, events rather than a single number, for example.

CI: How long has Comtrade been around?

AG: The company was formed as soon as Slovenia became independent, and the Slovenian entity at that time was called Hermes Softlab. At almost the same time in Serbia, Comtrade was founded and there was a merger eight years ago, where Hermes – the biggest software company in the region – merged with Comtrade, the biggest distributor in the region. Since then we have rebranded as Comtrade and we operate under that banner.

CI: What was your core business in the early days?

AG: We started out with a collaboration with Hewlett Packard. We had several projects where we developed products that were later sold as Hewlett Packard products. That part of the business is actually ongoing; the Data Protector is one of these products that is still going after more than 25 years. We have done many upgrades and new versions, but the product is still there. And we live in beautiful Slovenia, which nobody wants to leave – I have been with the company for more than 20 years and most of my core team have been with me for all of that time.

CI: Low staff turnover is a wonderful thing but there are benefits to new blood coming into a company too; how do you recruit?

AG: We do bring younger people in to the company as we grow, but we prefer to build them directly from their time at university. We have a strong cooperation with universities in every country we are in – in Slovenia, Ljubljana and Maribor are most relevant. Comtrade organises summer schools where we bring in the students so they can see what a real-life software job looks like. Someone has to be a project manager, another is designing something, someone else is a tester; and from there we pick the best and we try to employ them later. Every summer they join us and do some projects. We used to be the only company doing this, but now more companies are trying it because they have realised you have to start with people very early; if you wait until they graduate they are already gone.

CI: Why are there so many tech companies in Slovenia? It’s such a small country.

AG: Our main focus is computer science, but electrical engineers, physicists and the like are also employed here, so we look for a wider pool. I think the school system in Slovenia is great; people mostly stay in Slovenia and do not emigrate to the UK, Germany or even the US for jobs, which is great for us. The talent we produce, we keep, which is not the case for other eastern or southern European countries. At Comtrade, there are not only Slovenian, but also Bosnians and Serbians, creating a multi-cultural environment. I appreciate that is still quite local. Another reason is, in gaming, there was a local industry – there were casinos and a market for products. There was a need for an electronic roulette product for these places, so that’s where those companies came from; then there were other markets that did not allow live tables so they were able to grow.

CI: Why did Comtrade step into gaming then?

AG: Initially, it was not a deliberate decision; we started a cooperation with Atronicand it was a classic software outsourcing job, as most of our jobs were in our first five years. Later we invested in our own intellectual property, which is mostly platforms for both land-based system and online environments. This is really our expertise and we want to focus on the areas where we are really strong.

CI: What proportion of the business is gaming in terms of turnover?

AG: Gaming is about one third of the business give or take. It’s growing quicker than the other parts though. Slovenia, Ljubljana and Maribor are most relevant. Comtrade organises summer schools where we bring in the students so they can see what a real-life software job looks like. Someone has to be a project manager, another is designing something, someone else is a tester; and from there we pick the best and we try to employ them later. Every summer they join us and do some projects. We used to be the only company doing this, but now more companies are trying it because they have realised you have to start with people very early; if you wait until they graduate they are already gone.

CI: When something like G2S is introduced to an industry, does it make your life – and your business – easier or more difficult?

AG: Both. In the long run, this is where technology should be. Consider mobile phones – there are two approaches to develop apps: the Apple way or the Android way – but it’s not like each manufacturer has their own. If a platform is good you should be able to develop it once to run on every mobile phone. The gaming industry is not there yet; you can’t develop something once and have it run on all kinds of terminals. It’s a bit specific, but G2S is opening the door into that. At some point, operators could write marketing applications that run in a media window, develop them once and they run on every machine they buy even though the games would still be from individual vendors. With this, they have the opportunity to develop some of their own applications, to differentiate them to the players and to give them something more.

CI: That will be an interesting day – a neutral slot machine in a land-based casino and intellectual property is gold…

AG: It’s about the infrastructure, the player comes to play a game. It’s an exciting time. But the turnaround and change is slower. With mobile phones there is a new model every year and you replace your phone every two years. Slots are different – there is the certification process, many jurisdictions with different requirements; all these things slow the pace of change for gaming compared to mobile phones, to use just one example. There is still a need and changes are introduced. Online gaming has helped a lot because they operate at a different pace again and social is even faster. That helps the land-based industry realise that things can be introduced quicker.

CI: The operators could help move things though surely – but so many have the attitude of, “if it ain’t broke, don’t fix it”. But with online, or even with reservation gaming in the US, there is more freedom to experiment and try things out.

AG: There is so much competition and you have to fight for the loyalty of your players. It’s so easy for them to switch and you cannot be static online. Gaming is a niche industry that is not that easy to penetrate. We are lucky that we have worked with some of the best companies in gaming and we have learned the industry from them. There is really no other way to learn it.

CI: From the outside, G2S and the like seem to be no-brainers; theoretically it allows the best of breed to come to the top, for products to be chosen based solely on performance.

AG: Yes, it reduces dependency and locking in to single vendors because it’s a standard. It’s new and requires some change, meaning investments in replacing machines. It was developed for big operators in places like Las Vegas but now some of them are the slowest to migrate to G2S. With lotteries, for example, G2S has been very successful though.

CI: Has it been advantageous working outside of gaming and bringing mature technologies and experience into the area?

AG: For us definitely – we brought in certain technology and knowledge that was particularly useful. We worked for major telecommunications companies for many years and the online gaming industry went through similar pains as it grew and had to cope with greater capacity and CRM. So our experience was extremely useful. We usually deploy our technology to existing companies and big operators – we are not a natural fit for start-ups because they don’t yet recognise the need for a more sophisticated platform. When you have to change a system or platform for an existing operation, it’s a big change because you are changing core infrastructure and how you operate. An unsuccessful migration may mean the business does not run the next day. It is complex and risky and can require some time before big operators become comfortable with the idea of migration and their current platform or system might not be painful enough yet for them to take that chance. It is important for us to keep our 100% success rate for migrations because failure is simply not an option.

Virtual assistants, chatbots and beyond…
Gaming For Africa