Betsson.es launches its first TV campaign in Spain with a touch of“Swedishness.”

The TV commercial is intentionally non-conventional to stand out from the other online gambling commercials aired in Spain. It is presenting Betsson.es to the Spanish audience as “Swedish, but exciting”. The scene is set in Sweden and features a naked character skinny dipping in a frozenlake. The voice-over states “Bad things happen when you’re bored, that’s why we Swedes have created the world’s most exciting online betting and casino websites.” 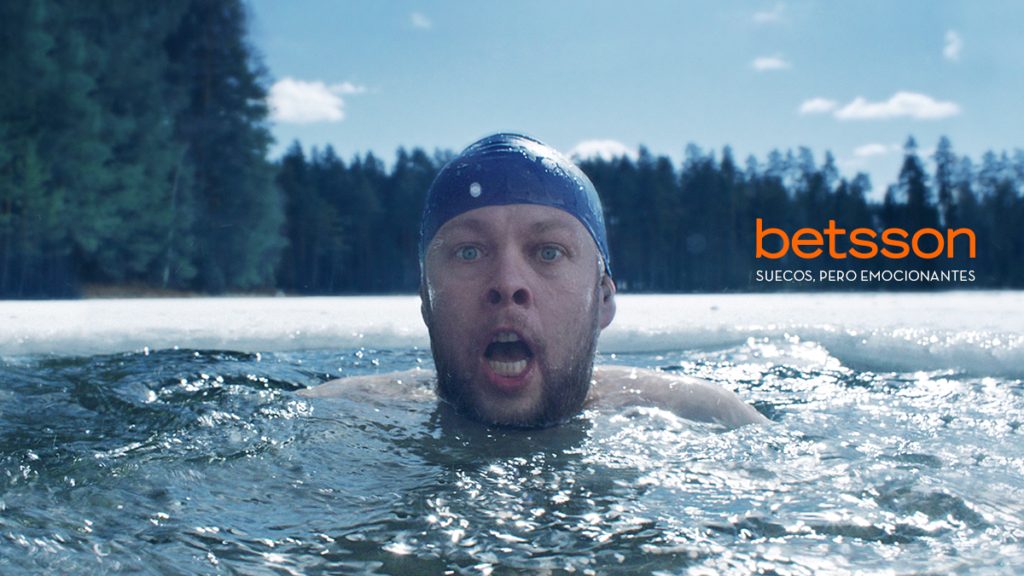 “We hope our Spanish audience likes this campaign as much as we do. Betsson is our flagship brand and we are all about customer entertainment. We want Betsson.es to be the biggest entertainer in the Spanish market” said Andrea Rossi, Betsson Group’s Managing Director, Southern Europe and LatAm.

“We launched Betsson.es earlier this year and we are now introducing the brand to the wider Spanish audience as a Swedish market leader, a trustworthy online gambling operator and an expert in entertainment.”

Last February, Spanish customers saw the launch of the new brand Betsson.es, giving them access to a wide range of online gambling products including Playtech and Evolution live casino, more slot games than any other operator in the market and a very competitive Sportsbook with 4,000 sports betting channels for the largest pre-match and live betting markets.

With around 20 brands, including Betsafe.com, Betsson.com, NordicBet.com and CasinoEuro, offering Sportsbook, Casino and other games, Betsson Group is one of the world’s largest gaming groups and it entered the Spanish market in March 2017, after acquiring the locally-licensed online gaming operator, Premier Casino.