Biggest is not always best 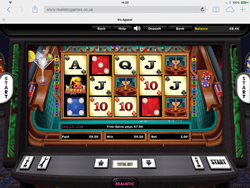 Amaya’s $4.9bn deal to buy PokerStars, GTECH’s $6.4bn purchase of IGT, and Scientific Games’ $5.1bn decision to incorporate Bally Technologies would be significant in any industry, but in iGaming they are game-changers.
Further consolidation across supplier and operator businesses will almost certainly follow if, as expected, the British government’s Point of Consumption tax sparks M&A activity around those adversely affected by the new legislation. And you can’t blame those running these businesses, for whom this type of synchronisation makes sense (as well as making their shareholders rich). They’d argue the deals allow them to invest more resources into research and development while providing a better, more cost-effective service.
There’ll also be an obvious broadening of their product range available to those they supply, as once-independent portfolios are brought under one roof. But when the eye-watering sums involved fade from the headlines of industry publications, will the operators be getting a good deal too?
The integrations will almost certainly not be straightforward, especially when it involves companies of the size of those cited. However much analysis is done to understand efficiencies and cost savings, it will be extremely hard to achieve the stated objectives of the transaction, particularly within the desired timelines. And whilst the focus is on these integrations, there’s a danger that opportunities will be missed.
The merger between Bwin and Party Gaming illustrates some of these challenges well, as two previously independent and diverse corporations have taken a long time to realise the goals the deal was designed to achieve. In the meantime the betting and gaming landscape has moved on apace, but because of the focus on integration, bwin.party has been in a poor position to take advantage of crucial developments in mobile, sportsbook, and gaming.
There is also the potential for content development to be held up by the labyrinth of bureaucracy created by former rivals – often with vastly different approaches and philosophies – learning to work together. Rather than save operators money through economies of scale, there is a danger that pricing points will also harden as these new behemoths look to exert pressure on what they can charge. With their stronger content grip comes the desire to influence product placement on websites, which is a key driver of performance.
Consolidation may even result in less content choice, as games will only be available from a relatively small number of suppliers. As a result, there is a risk that this lack of competition will stifle innovation. Games will be simply churned out using similar models and presentation. That’s going to do little to set the players pulses racing or sustain interest.
I’d argue diminishing competition is never a good thing and that creating an environment where operators are not overly-reliant on a small number of suppliers would be prudent.  From our perspective, at Realistic Games, that hopefully means giving a chance to creative, independent development companies with a track record of success and a passion and expertise for developing outstanding content.
We’ve been able to supply many of the world’s leading sportsbooks and casinos with consistently effective and profitable games through an ease of integration and fleet-footedness that is now even less likely at the top-heavy producers. Our working culture also allows us to take risks with product innovation that best suits the new breed of devices through which operators are deriving an increasing amount of their revenues.
As such, we’ve seen our latest five-reel slot, 6 Appeal, shoot up the charts at many of the companies we supply thanks to its compelling gameplay and unique rolling dice feature. The game has caught the imagination of players around the world bored of the same old content from the same large suppliers, who now find themselves in further difficulties when it comes to innovation.
Ultimately, it will be those players – if they are given a chance – who decide which games are a success. Time will tell who comes out on top but, as other industries have found, biggest is not always best.

Money going mobile
Point of Consumption Tax: The good, the bad and the other