Smart manufacturers and suppliers usually have a keen eye for lateral profit, or upsells as they are described in retail. You don’t just sell a Roulette wheel, you sell the means to analyse the wheel and its performance; you sell the means to market that wheel within the casino, and add security to its operation.
Cammegh is a fine example of this lateral thinking, moving seamlessly from Roulette wheels just ten years ago into the development of technologies that allow operators to really delve into the operation of this casino staple. Andrew Cammegh spoke with Casino International about their arc and the recent deployment in London’s excellent Ritz Club.

Casino International: It seems quite logical looking back, but also like quite a big step to go from being a wheel manufacturer to almost a technology deveoper at the same time. How did the evolution happen?
Andrew Cammegh: It’s a very cohesive path we have taken. Perhaps ten years ago, we put our first in-rim sensor into a roulette wheel. We developed a very established wheel, the Mercury, and that sensor – which allowed operators to export electronic data from a manual roulette wheel for the first time – was a landmark for us. It enabled us to attach to displays as well; at that time LCD technology was beginning to become more affordable, and we chose then to develop a display that jumped ahead of the old-style LED display.
We wanted a display that was based on quality in the same way as our wheels are. We wanted it to run multiple graphics and videos, so we needed a PC that could host a high-performing graphics card. The PC at the time was too large to realistically put under a table so we concentrated on the wheel and displays, analysis software tools and everything else. But then a couple of years ago Intel developed a chip that had a very high-performance graphics card built in to the processor, which meant no longer needing an external graphics card – it also ruled out the heat gain from an external card, so we needed fewer fans and the PC could be much, much smaller. The Billboard 2 is on such a small footprint it can comfortably be installed under a card table. So we thought, it’s only right that we build a platform offer with Billboard for the card tables; in the same way we built the EyeBall camera for the Billboard display without a Mercury wheel present, we have done the same for the card recognition software using the EyeCard, where there is no intelligent card shoe or similar.
As the hardware platform became smaller it gave us this opportunity and it has unified the design language of the hardware for card tables and roulette tables, the design language of the screen graphics. Also because it’s a common platform we can run our MediaPro content management and video streaming system to all of the tables, so the live gaming floor has the ability to run promotions, sports and so on through all of the live tables.

CI: You recently outfitted The Ritz Club with your displays, which is quite an endorsement.
AC: We’ve just done all of the gaming displays at The Ritz Club, Mayfair, London – all of their Roulette and Baccarat displays. They wanted to give the gaming floor a lift – not that The Ritz needs much of a lift, let’s be honest – but in terms of bringing some of the display technology that has become accepted as a basic requirement for many casinos, they had come to a point where they felt their high-end traditional décor could be complemented by this technology.
Now they have a standardised signage solution from Cammegh on all of their tables in the property.
We have our products in a number of Mayfair properties and they are all important reference sites for us. Each of the Mayfair clubs has something that makes them special in their own right. What’s nice about The Ritz is that the name has international recognition, it’s not just a beautiful club it is a highly-regarded and world-renowned hotel and restaurant facility, and that is great to be a part of.

CI: What are they using?
AC: They are using the Billboard display system for Baccarat and Roulette, which is a 24” portrait screen for both. Baccarat uses card recognition through Angel Eye, and Roulette uses the EyeBall camera. The latest iteration of EyeBall uses a much smaller camera, very discreet, and the timing of that becoming available was perfect for The Ritz. Having a smaller, neater camera suited their operation.
What we also did – as we do for all of our customers – was to pay careful attention to the graphic design as well as the hardware design. They were not so keen on lots of bells and whistles, or too many features on the display – they wanted it stripped back and kept simple in terms of the content. So there is less emphasis on statistics and more focus on game results rather than some of the other colourful animations we can provide. There was a design process where we submitted what we thought they might like, to which they gave us feedback, repeating this process until we arrived at a design they were completely happy with. It was a similar process for the design of the baccarat displays, although there was less flexibility in the content on displays, as this is more or less predetermined based on international recognised standards.
In the time we have been working with The Ritz Club, not just on the operations side, we have added layers of security as well. It is great to be associated with them as a brand and operator. We know that we offer service and quality that is commensurate with what our clients offer in their sphere.

CI: Your suite seems to add a lot of value to an operation, in security terms as well as for players. Is the security side a big selling point?
AC: Yes, this is an important component of our overall offer, and we’ve added to this with the introduction of the EyeCard, a product which brings new layers of security to our customers. We haven’t supplied this to The Ritz, but it is an area where we want to engage further discussions. We also have surveillance camera modules to our range of Billboard displays, bringing the camera closer to the table. It’s about paying attention to the needs of the security department in the context of the products we offer, so that they continue to meet the needs of live gaming operations.
The surveillance department were as keen as anyone to see a growing sense of partnership between The Ritz and Cammegh because of the products we uniquely offer.

The Ritz Says…
“Following a recent site visit to Cammegh we were greatly impressed with the overall operation and products.  In particular, the attention to detail in terms of craftsmanship, quality of the award winning products and the special approach they had to the individual needs of the customer.
When we recently unveiled additional roulette tables with display screens in the Amber Room, we decided to opt for the Cammegh Billboard displays.  This initiative was in line with our new Asian business strategy and the increased level of play from our customers.
The delivery and installation of the Cammegh wheels and billboard displays over the summer has been seamless and successful.  Our customers are very happy and this is evident in the increased levels of activity/play.  The Ritz Club has the highest operating standards and reputation to uphold and Cammegh has met our exacting requirements and delivered upon expectations.”
– Roger Marris, CEO, The Ritz Club. 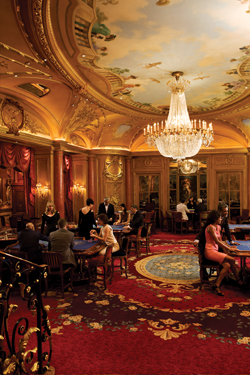 Brazil needs the will
Better with age