Cashless gaming is here – PlayOn with any debit card, any time 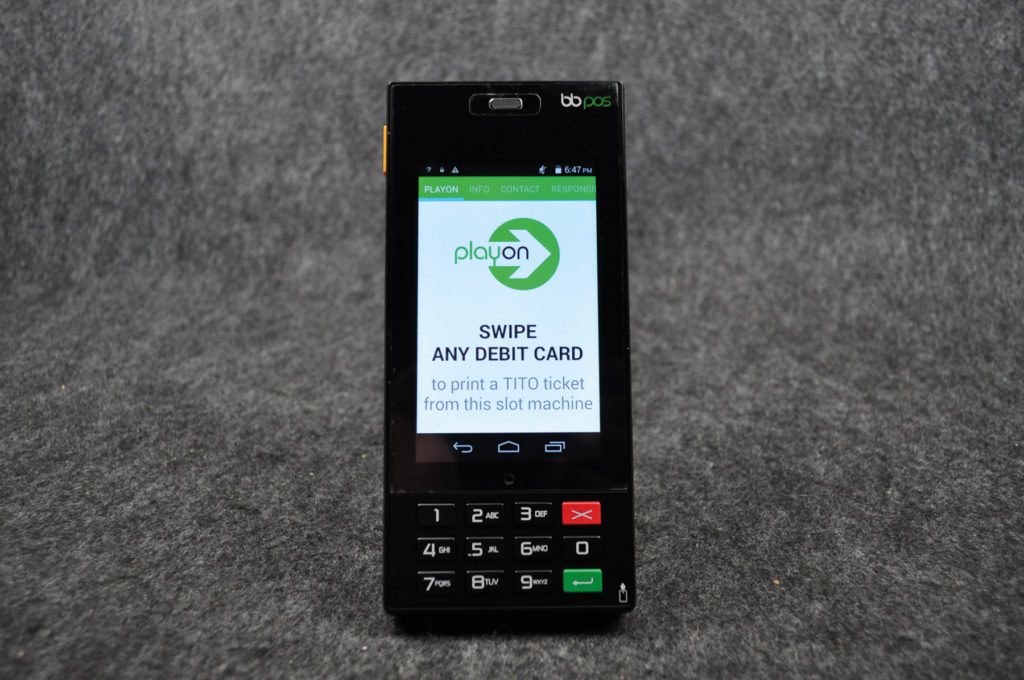 There are several ways to get funds in the modern casino – there is the ever-reliable casino cage and of course there are usually several ATMs dotted around the floor. Each of these has one thing in common – they all require the player to leave the table game or slot machine they are playing in order to get more funds.

Casino International: What is the background of ACS, and what do you bring to the gaming floor?

Stephen Warner: ACS is a payment solution company that’s interfaced with gaming; we’ve designed a solution that allows a patron to access their personal funds at the gaming position. It’s similar to an ATM transaction whether it’s at the kiosk or at the bank, or in a retail outlet. The Patron performs a PIN Debit POS (point of sale) transaction. We launched   our PlayOn table game solution first to gain acceptance both from the patron and more importantly the gaming operator.  PlayOn allows an individual at a table game to access their personal funds wirelessly utilizing a hand-held device about the size of a cell phone.  The transaction is a PIN debit transaction; PlayOn does not accept credit cards – we don’t want to incur debt to the patron.

CI: Would you have one at each table, or would one handheld be assigned to a cluster of tables?

SW: Yes, each game is assigned and positioned with an individual handheld for game protection, control and accountability. The cost factor is very minimal to the casino and every operator that we have either installed for or have presented PlayOn to, game protection and control is a must!

CI: How has PlayOn been accepted by the operator and what have been the results so far in the market place?

SW:  We had an installation in 2016 where the casino said, we will take 12 units as a trial. It was a 90-day trial and on day 42 they contacted us and said – we are tearing up your contract and want to sign a long term deal – we want to facilitate the whole floor; this is an additional 90+ games – another operator increased from 10 games to 30 games in less than 60 days.  Simply because of the success PlayOn has delivered!

CI: What is on the coupon that comes out – a barcode?

SW: We call it a PlayOn Voucher and the appearance is similar to a ticket produced at the slot machine today, however the difference is the barcode is positioned lower on the voucher and the voucher is redeemed upon print – the voucher has no cash value.    The voucher simply acts as an accounting and exchange item for chips extended to the patron, the voucher is dropped in the dropbox and used for reconciliation and accounting of what took place for that particular PlayOn transaction.  Additionally, the ACS PlayOn financial management system does not interface with the CMS/SMS system on-property, we provide a standalone web based financial management system and written internal controls to the property.

CI: Why not just use TITO?

SW:  Casinos have a tough time facilitating TITO completely across the gaming floor – meaning for both slots and tables – because there is a small percentage of crossover play, perhaps as little as one maybe two per cent as many believe.  For the most part Table players play table games and slot players play slot machines. .

That said, there are other companies that have produced equipment so a slot player could walk to a table game and convert their TITO ticket into chips, however a new TITO ticket is produced for the balance due in change from the original TITO and the new TITO is returned to the patron because the table does not facilitate coin.  This certainly slows down the game and devices/equipment used to perform this task that we have seen tend to be large in size and the real estate on a table game is limited…   and crossover play just isn’t as strong as some people may think .

CI: It could be argued that crossover play is weak because the style of play is dramatically different.…

SW: Yes it is.  If a player draws funds at an ATM on the periphery of a casino the average cash withdrawal is about $230 to $240 per requested transaction. If that’s a slot customer, generally they’re not going back and putting all of their $230 into a single machine, they tend to piecemeal their buy-in and bounce around from slot to slot at times. But a table game player will take that $230 and buy-in with one lump sum at a particular table – the amount of money that transpires at a table game versus a slot machine is very, very different in terms of buy-in.

CI: Does the PlayOn system interface with the casino’s existing CMS/SMS?

SW: Currently, the table game solution does not.  For us to launch this product initially,  we made the internal decision and it seemed more sensible,  to gain acceptance and approval with regulatory jurisdictions by presenting a standalone system that doesn’t interface with CMS/SMS.  Interfacing with a CMS/SMS is a very task-oriented development. So we thought, let’s launch this independently of the CMS.  However, our CTO and Engineer are developing a unique slot solution that will introduce an interface to the CMS/SMS which then will necessitate developing gaming standards and regulations that currently don’t exist.

CI: How does the casino get the money?

SW: The Front End Process: After the patron has performed the request and the request has been approved, at the hand break or buy-in session the dealer will retrieve the voucher from the printer box located and attached to the underside of the table top and facing the inside of the pit, lays out the voucher in front of the chip rack, proofs the voucher to surveillance just as they would if it were currency.  Chips are then exchanged to the patron and voucher goes into the dropbox. The patron never touches or is given the voucher. Back End Process: During the count the next morning the voucher is counted and reconciled as drop and configured in the win/loss of that particular table and into the overall pit totals for that gaming day. The funds that were drawn from a patron’s account are processed by our processor, Vantiv and settled the following day or Monday if the transaction fell on a weekend day.  Those funds are settled to ACS’s operating account and then ACS reimburses and directly deposits the amount of the funds issued to the patron back to the casinos depository account within 48-72 hours.  This is completed by way of ACH or in other words an automated clearing house function.

CI: There are clearly many benefits to the ACS PlayOn system…

SW: Yes what we are providing to the casino is simply a mechanism that allows for the patron a convenient, safe and secure manner to access their personal funds without having to leave the game.  This translates to stronger holding power for the casino – time on the game – which then translates to a dramatic increase theoretical win.  The best example and something very similar in nature is when we, the industry, installed bill acceptors on slot machines back in the 90s – and revenues increased on average of 15% across the board.  Additionally, PlayOn requires no Title 31 reporting – there is no currency exchanged for a PlayOn transaction.  PlayOn has proven to speed up the game and issue more hands per hour.  Lastly, the ACS PlayOn technology is providing to the casino operator exactly what most everyone does outside the four walls of a casino – use some sort of card for buying and purchasing goods whether online or in person.   The ACS PlayOn solution is now allowing the gaming operator to offer that same convenience to its patrons that every retail, food & beverage, online outlet etc. provides… and at the same time experience the same results that occurred with the bill acceptor on slot machines…..