Using funds raised by members of the casino industry, CHIPS has given powered wheelchairs to over 500 children in need in the UK. Casino International met with charity co-founders Linda Lindsay and Peter McNally to find out about what they do, and how they do it.

CI: Why did you found CHIPS?

Linda Lindsay: To help children who don’t get NHS funding for powered wheelchairs.

Peter McNally: Why it was started originally was that Linda and her husband ran JohnHuxley casino suppliers; they decided to have a company golf day for their customers, and we realised it could be a good way to raise funds for charity. In the early days we started raising money for the Peter Alliss Powered Wheelchair fund, then thought, why are we raising these funds through the casino industry for somebody else? Why don’t we do it for a charity in our own right? We then formed CHIPS with Alan Goodenough and Tony Jackson, and we have been raising funds for CHIPS ever since; CHIPS as an organisation has been around since 2001.

CI: How much do you raise a year?

CI: What is your fundraising ratio? How much does it cost you to raise each pound?

LL: We don’t have costs. Every penny raised goes toward the wheelchairs – everything we do is voluntary, we have no expenses.

PM: There are expenses when you have a golf day, for example, but everything over and above that goes directly into the wheelchairs. Linda pays her own expenses, everyone involved does the same.

CI: Why do this in particular, is there a personal reason?

LL: No, there is no personal reason. When we were raising funds for the Peter Alliss organisation, there were a couple of things I was not wildly happy with and I put it to the committee; Peter Alliss looks at it from the standpoint of, there’s the chair – let’s find a child to fill it. We work a different way – we find the children first, then we make the chair specifically for each child. The other aim of the charity is that we felt the only person getting any kudos was the other organisation (in this case, Peter Alliss), and what we wanted to do was show that the gaming industry, where our funds were coming from, actually gives something back. The perception from outside is that the gaming industry only takes, and we wanted to show it gives a lot back. 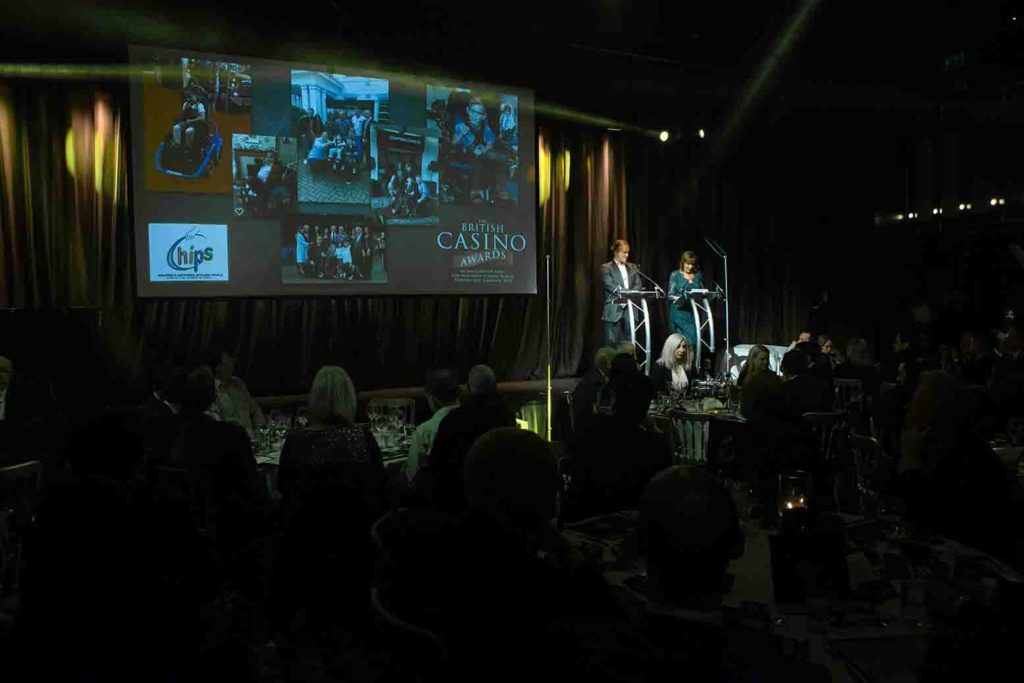 Linda Lyndsay at the British Casino Awards, where she was able to tell guests about the charity’s work in a moving speech.

CI: At the recent British Casino Awards, I know Genting pledged the cost of a wheelchair; are British casino groups very supportive of the charity?

LL: Genting have always come to our golf events, and they have been heavily involved in our fundraising. We had a team of seven from Genting running in the Madrid marathon, for example; in 2016 they did the Las Vegas Rock n’ Roll Marathon and presented us with a cheque for £32,000. That bought five wheelchairs!

CI: What’s the aim of the charity going forward? Apart from providing more chairs of course…

PM: We want to get more casino staff involved in fundraising; the more we can make people aware of what we’re doing, the better. This is their charity, we want them to get involved and see the good that comes from it. We do what we can but we need to spread the word even more.

CI: How do you find fundraisers? Do casinos encourage staff to do things?

LL: The Madrid marathoners came to us through Genting, for example. Because we have been around the industry for a long time as Huxleys, we know many people; it filters down through the staff and people hear about us. Also, Praesepe – who are also our biggest fundraisers – have helped us produce a magazine, and we have distributed that around casinos. 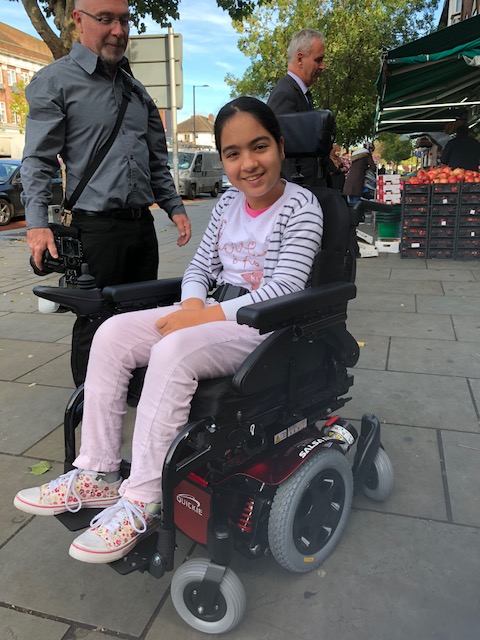 CI: Do the people that have helped with fundraising get to see the results of their hard work? Could they go to a wheelchair presentation for example?

LL: Absolutely. We can’t do presentations on gaming premises as the children are under 18, we did one outside The Hippodrome and had tea in a nearby hotel afterward, so our donors could meet the recipients and see the end product. It also means some of their sponsors can come and see what their donations have made happen. It’s about touching people and involving people in the presentations.

LL: One of the other things that makes us special is that we have no waiting list. We will never offer a chair to a child unless we have the money in the bank. You can’t say to an eight-year-old yes, you’ll get your independence but we don’t know when. Once we know where to look for the child – and it’s the fundraiser’s choice as to where funds are allocated – we will approach physiotherapists, occupational therapists, and schools in the area. We tell them it’s possible that we may have some funding for a wheelchair for a child, can you put someone forward? Physios are great because they often know the family as well.

The child is then assessed for their wheelchair needs, partly by the team already working with them and partly by the supplier. Provided we have the budget, completed application form and a letter of support from the physio, we will turn that around in a maximum of three months.

CI: What’s been your highlight over the years of fundraising?

LL: Every single presentation. We once gave a chair to a child so disabled that wheelchair services said they would never be able to move independently. We got a chair that had a tray with a button; he hit the button and the chair moved. There was not a dry eye in the room, including me. We have given 500 chairs out now and every presentation is life-changing, and every one is very, very special.