Clarion Gaming Managing Director, Kate Chambers, utilised the opening day of ICE London, the world’s most influential gaming expo, to launch a new partnership with CHIPS, the gaming industry charity that has raised more than £2m to provide bespoke wheelchairs for children with profound mobility issues. 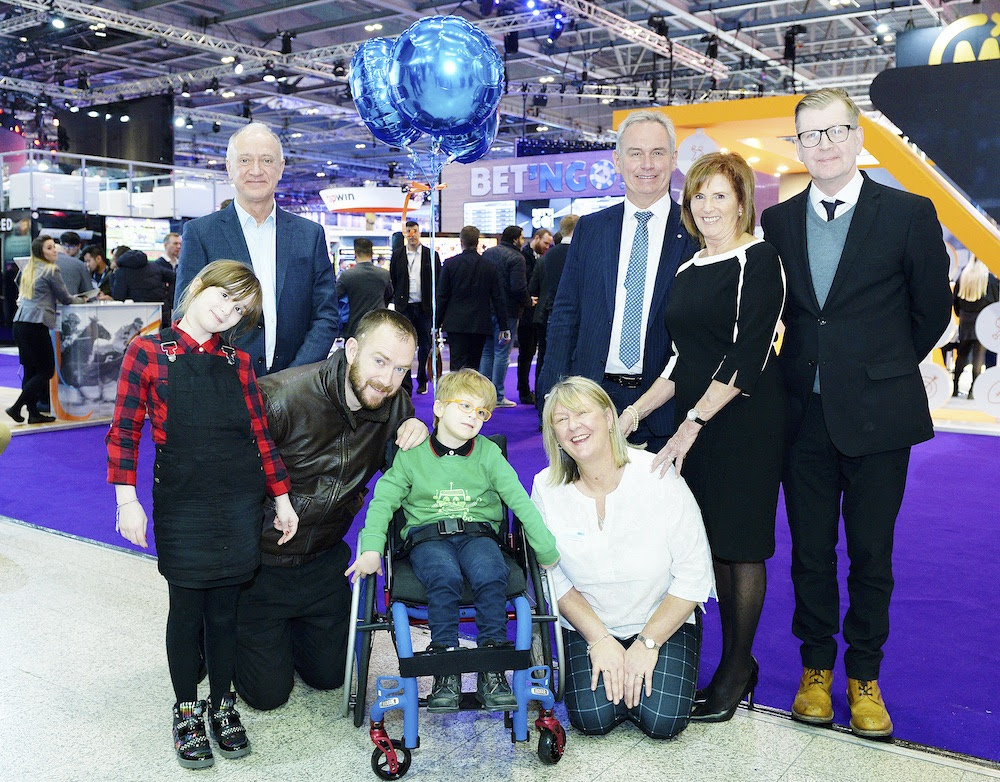 Five year-old Harley Hickling-Allen was the first beneficiary of the new partnership. Harley who has a diagnosis of MLCRD syndrome which limits his mobility, due to difficulties with balance and control of his muscles, received his new lightweight chair in a presentation set against the backdrop of the showpiece event for an industry which remains the single biggest contributor to CHIPS.

Co-founder of the charity, Linda Lindsey, who has attended the overwhelming majority of the organisation’s 500 wheelchair presentations, said: “Harley can walk short distances with a ‘K’ walker, but his existing wheelchair is heavy and causes him to tire quickly thereby restricting him from participating in some activities both in and out of school. The provision of this new lightweight wheelchair, courtesy of Clarion Gaming, will change his life and that of his family. It will enable Harley to get around, self propelling without tiring, so that he can enjoy life to the full.”

She added: “CHIPS only exists thanks to the generosity of our supporters the vast majority of whom are active in the gaming industry and most of whom either exhibit at or attend ICE London as a visitor. I am genuinely thrilled and hugely grateful that Kate and the team at Clarion Gaming are supporting us and in the process ensuring that more children like Harley are given the precious gift of mobility and the freedom that brings.”

Reflecting on the partnership, Kate Chambers said: “While ICE London is now the leading gaming technology event, it was originally established as part of ATEI a brand that we still own and whose roots go back some 80-years. In that sense, Clarion Gaming is very much part of the fabric of the industry and I’m delighted to be able to support an industry led charity which undertakes so much valuable work with families in the community. It was a pleasure meeting Harley and his family and I look forward to making many more presentations at future editions of ICE London.”