Deal or No Deal Live play along and social gaming to launch in the U.S. 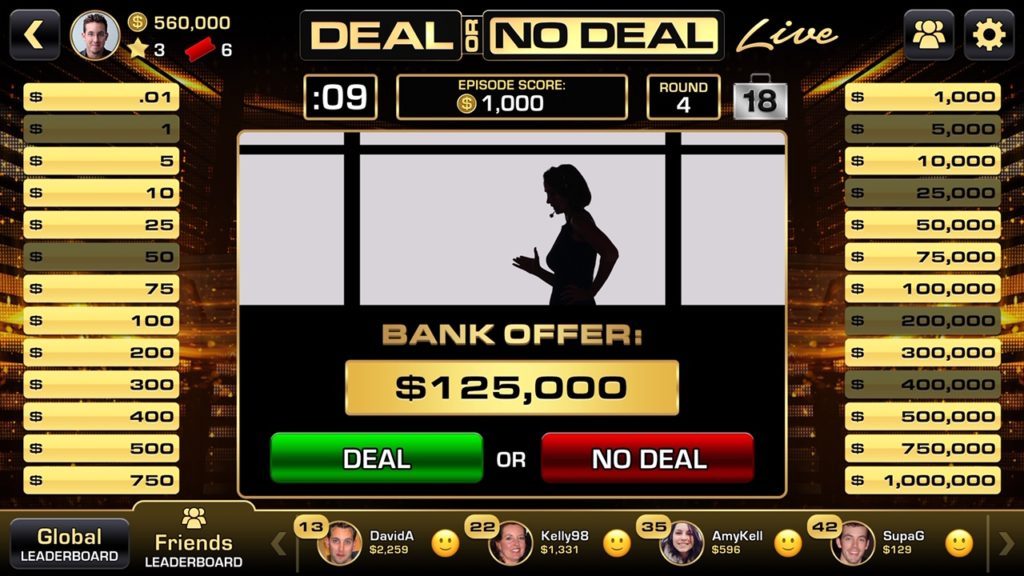 Endemol Shine Gaming has partnered with iPro to develop a brand-new play along app for the U.S. relaunch of Deal or No Deal on CNBC. The free-to-play Deal or No Deal Live app can be played alongside the TV show is available now to download for free via the App Store and Google Play.

Mark Woollard, Commercial Director, Endemol Shine Gaming, said, “Deal or No Deal is a truly evergreen format and we continue to grow the brand’s off-air presence through innovative gaming. We are delighted to partner with iPro to offer our U.S. fans new ways to engage with the show and we look forward to exploring opportunities to further this partnership for our Deal or No Deal audiences all around the world.”

“iPro could not be happier partnering with an entertainment powerhouse like Endemol to bring U.S. viewers the excitement of playing Deal or No Deal Live at home with their phone or tablet while watching the show.  The popularity of the Deal or No Deal brand combined with the power of iPro’s platform will help usher in a new era in interactive, television entertainment,” said Robert Melendres, Founder and CEO, iPro, Inc.

This December brand new episodes of Deal or No Deal will launch on CNBC in the U.S. after a 10-year hiatus. Fronted by original U.S. host Howie Mandel, the new series returns with 30 one-hour episodes featuring all the high energy and risk-reward that captivated audiences, with some exciting new twists. The U.S. version of Deal or No Deal is produced by Truly Original, a subsidiary of Endemol Shine North America.

On the U.S. version, contestants play and deal for a top prize of $1 million.  With 26 sealed briefcases full of varying amounts of cash – ranging from a penny to $1 million ─ and the mysterious entity known only as ‘The Banker’, contestants are faced with a game of odds and chance and whether to accept an offer of cash from ‘The Banker’ in exchange for what might be contained in the contestant’s chosen briefcase.

Globally, Deal or No Deal has been commissioned in 83 territories worldwide with 324 productions internationally.