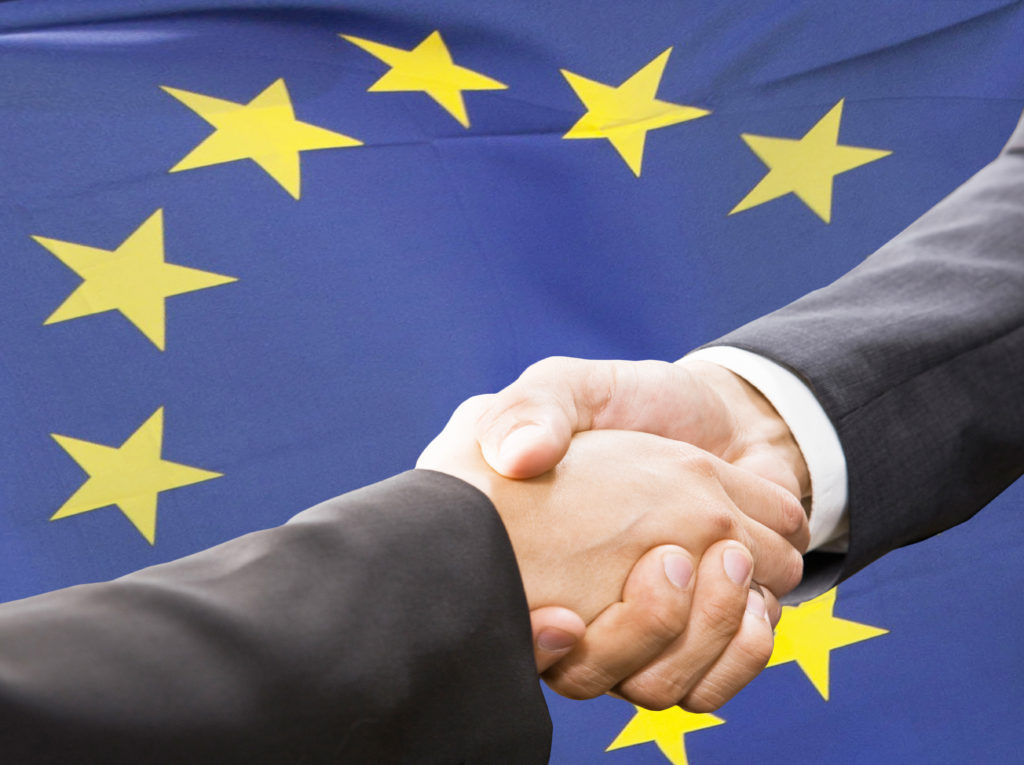 We are at the end of the beginning of the most interesting times when it comes to politics in Europe. No, it is not the elections for the European Parliament and the appointment of the new European Commission. Those are scheduled for next year. No, it is not another Grexit, Brexit, or Catalexit (I just made that last one up).

We are now facing tough negotiations for the whole budget of the EU – the Multiannual Financial Framework (MFF), negotiations which happen every seven years. Negotiations which are so important they show the existing divisions amongst Member States, and which can easily create new ones. Negotiations which very often captured by the media allow for very vocal discussions amongst voters pointing out that their government is paying the EU too much. I think I already mentioned Brexit. Well, we are talking about money here. How much? It is approximately EUR 140 billion a year that gets collected and re-distributed. Some Member States are net payers, others are not.

At the end everyone has to be in agreement as the budget is decided unanimously by the EU Member States. That is usually the brief moment of holding hands in harmony around a campfire whilst Germany and France are playing the guitar and singing a head bobbing song. Everyone joins in, has their picture taken and then everything is relatively fine. Well, at least until the next round of budget discussions which is then negotiated and agreed on a yearly basis set within the contours of the MFF; unless you count migration, national elections, difficulties in forming governments (see Italy), trade wars, plastic seas, etc. etc. But again, nothing brings out divisions more than MFF discussions and rarely do I see EU power politics Machiavellian-style so evident. This time it’s for 2021 to 2027.

I will avoid taking the approach of Sun Tzu/Machiavelli for business, lesson 1. Instead, let me tell you a bit more about the budget, and then give you some examples of where the tectonic plates are rubbing against each other.

The European Commission has calculated that approx. 94% of the budget goes to “budget funds programmes and projects in and outside the EU”. The rest is used for administrative costs, including running the EU institutions. Programmes and projects include development aid, agriculture policy, mitigating regional disparities across the EU through infrastructure EU, helping companies develop their products or take part in research projects which pushes forward the digitalisation of Europe, and the ERASMUS programme.

The money comes from various sources such as a percentage of a Member State’s VAT and gross national income, as well as customs duties on imports entering the EU. More than two-thirds comes from the GNI, hence probably all the fuss.

The European Commissioner for Budget and Human Resources, Günther Oettinger presented the 2021-2027 proposal for a budget on 2 May of EUR 1,135 billion and the German is far from tuning his guitar.

Poland and Hungary and to some degree Romania are targeted by the European Commission amidst concerns that the rule of law is being undermined in those countries including a weakening of the judiciary. What the Commission considers a “major innovation in the proposed budget”is obviously going down very well in some of the aforementioned countries when taking into account that the EU is looking to “protect the EU budget from financial risks linked to generalised deficiencies regarding the rule of law in the Member States”. In other words, the Commission would be able to suspend, restrict or reduce access to funds.

Obviously with the UK leaving the EU leaves a massive hole in the budget. But, doesn’t that mean that it should be relatively ok if the UK isn’t taking any money out of the budget? Shouldn’t it balance itself out? Well, it certainly answers the famous question of rebates which the Commission is looking to get rid of completely. But, there is a bit more to that. Apart from the relatively complicated way the budget is calculated, there is the question of new ambitions. With inter aliaa new European defence fund, the digitalisation of Europe, and challenges brought forth by migration, these projects are in dire need of resources which without Brexit would be possibly better pooled. Overall, there is strong debate about whether Member States should contribute more to the EU budget or less. Germany and France are on the one side, with Sweden and the Netherlands on the other.

It is proposed that the Common Agricultural Policy (CAP) and the Cohesion Policy be moderately reduced – i.e. by about 5%. These policies make up the first and second biggest aspects of EU budgetary expenditure and the suggestion has already annoyed quite a few. I am sure we will soon be hearing more from German and French farmers who receive support through the CAP. You often spot them en massein Brussels blocking the city and spraying sour milk onto Parliament grounds when it comes to CAP reform. On the point of the Cohesion Policy, some countries such as Portugal have openly stated that the proposed cuts would be detrimental. Furthermore, it is suggested to be used for “long-term integration of migrants”.The last time I checked, there were refusals to abide by set migrant quotas, and fences were being built to divert the flow of migration from central/eastern Europe.

There are also some ambitions raised to reform the EU and create a Eurozone “governance area” which would have its own institutions. Maybe the UK not joining the debate makes this point easier for strong Eurozone countries, but eyebrows have been raised as to how a two-track Europe might result in a centralisation of decision-making power. Ironically, a big difference lies within the lead band as trade surpluses are a continuous ambition for Germany, and France wants to diminish divergences through the use of Eurozone tools.

Why does this all matter? Well, opportunities for business to receive EU funding for project consortiums varying from Big Data analysis to developing open source platforms will probably suffer without and MFF. And, apart from the EU institutions not able to work in the worst-case scenario, the necessary funding to repair the roads or develop the tech infrastructure that might lead to a casino or your home might not be available. This is just a pixel of how much is linked to EU funding.

The ambition is to have the MFF negotiated by 9th May 2019. *Cough Cough*