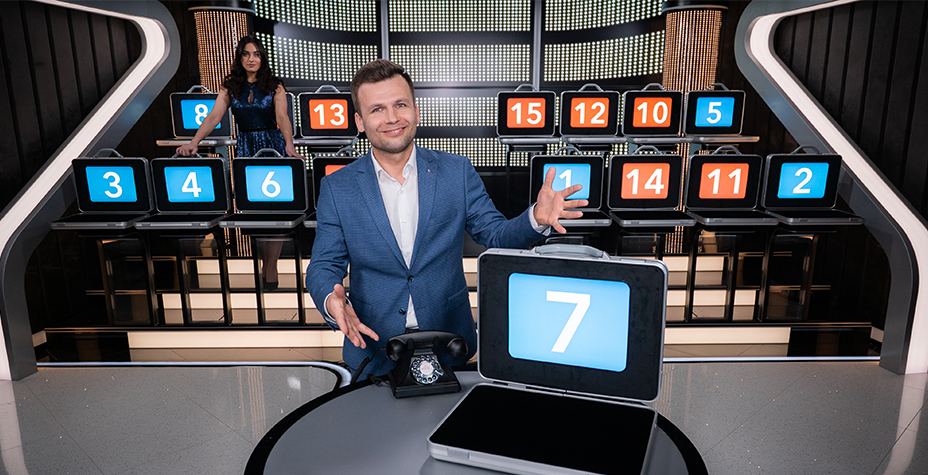 Based on the hit TV show, Deal or No Deal Live is the world’s first 24/7 game show, allowing players to play anytime, anywhere, on desktop, tablet and smartphone.

The multi-layered game combines the suspense of the main game show with RNG-based qualifying and prize top-up rounds featuring slots-style random multipliers. In the main game show contestants predict whether the amount of money in the last of 16 briefcases to be opened will be higher than the banker’s offer. Prior to this they have three offers from the banker, which prompt the live host to ask the all-important question: “Deal or No Deal?”.

According to Evolution, the aim was to stay true to the Deal or No Deal TV game show’s format, while also creating a uniquely entertaining online live gaming experience for an unlimited number of players. This involved creating one of most complex studio sets that Evolution has built to date. The end result is that all the familiar elements — including the universally recognisable studio set, theme music and rich sound effects for UI actions —perfectly recreate the atmosphere of the hit TV show.

Todd Haushalter, Evolution’s Chief Product Officer, said: “Players’ tastes are changing and they are increasingly telling us they love these game show style games, and this game hits the sweet spot since it is the ultimate game show that you can play along with on your phone. We worked really hard to preserve all the drama of the TV show and early signs are that players agree we have done just that.”

Haushalter added: “This is a unique, stand-out game that will add extra variety to our licensees’ Live Casino offering and be a big attraction for the widest range of players.”

Anil Mistry, Director of Games & Gambling, Endemol Shine Group, commented, “Evolution Gaming is perfectly placed to deliver an immersive experience in the Live Casino space and has developed a truly unique and innovative game. The Deal or No Deal brand is immensely successful in the gaming sector and the launch of this latest offering is testament to the enduring appeal and versatility of the format.”