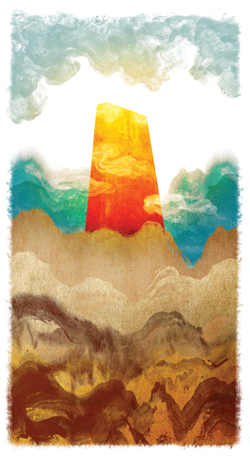 Experts believe it is only a matter of time before Macau has a month with gaming revenue of MOP40 billion (US$5 billion). Just how much time is the question, along with what factors will drive casino revenue to that landmark level.
“Given continued infrastructure development, which allows for easier and quicker access to Macau, combined with a significant amount of pent-up demand, it would not be surprising if MOP40 billion per month could be reached within the next few years,” says Union Gaming Group principal Grant Govertsen.
“It will get there eventually,” University of Nevada, Las Vegas gaming historian David Schwartz says of the MOP40 billion milestone. “Either inflation or an increase in gambling will put it there.”
Gaming revenue grew 25.4 percent year-on-year in March, breaching the MOP30-billion threshold at MOP31.3 billion, with strong increases in both the VIP and mass-market segments.
According to research from Wells Fargo Securities, March mass-market table revenue grew 30 percent year-on-year. VIP revenue grew by 24.9 percent, reaching MOP21.8 billion, 69.7 percent of total revenue. The March VIP growth rate was almost 20 percentage points higher than the previous month.
Many observers cited two major factors that keyed the VIP recovery in March. China’s leadership transition was completed, easing concerns that new President Xi Jinping’s regime would target Macau VIPs in its promised anti-corruption crackdown. Secondly, Lunar New Year was celebrated in February. While visitor arrivals spike during the holiday period, gaming revenue tends to peak in months before or after it.
Wells Fargo analysts led by Cameron McKnight add that March results were positively impacted by VIP hold. With normal hold, gaming revenue would have reached MOP29.1 billion. That would still have been a new record, but short of MOP30 billion.
United States-based brokerage firm Sterne Agee says this was just the beginning. “We believe March marks the first of potentially six all-time monthly gross gaming revenue records we should see in 2013,” analyst David Bain told investors.
Official figures for the full first quarter show VIP revenue grew 9.8 percent, and comprised 67.8 percent of total gaming revenue, which grew 14.8 percent, to MOP85.3 billion.

The March numbers underscore two key points about the road to MOP40 billion, given the dizzying levels already reached. First, along with a healthy economic and political environment, not just in the mainland but regionally and globally, there needs to be some kind of catalyst, a positive factor different from previous months. Second, VIP revenue is still the main growth driver.
“Even though mass market revenue has been growing rapidly at an average of 30 percent, which is a more linear trend, in order to reach MOP40 billion, VIP has to be the driver,” says Hoffman Ma Ho Man, who follows both market segments as deputy chairman of gaming operator Success Universal Group Ltd and deputy chief executive of casino resort Ponte 16.
Mr Ma warns that “growth may be choppy” due to the volatility of the VIP market. Nevertheless, he says that reaching MOP40 billion will necessarily mean growth in every segment. “Mass market will obviously be generated by substantially more footprint, whereas the VIP market can be generated by bigger bets per customer. So reaching MOP40 billion, you can expect, will pack every hotel, casino, Macau Peninsula, Cotai, and non-gaming attractions,” he says.
“VIP can move the market forcefully, but incremental contributions from mass and slots are also important,” Newpage Consulting principal David Green says. “Slots are just 4 percent of revenue in Macau but that’s still US$2 billion [per year], and that’s a substantial amount for any business. But the real horsepower is still from VIP.”

Mr Green says recent consolidation in the junket business has created firms that are better able to “smooth out some of the variability” in the VIP market, as well as withstand challenges from competing jurisdictions. That will help sustain progress in gaming revenue growth toward MOP40 billion, he says.
Reaching that level will probably also require something more than incremental revenue growth. “I think eventually Macau will be able to generate MOP40 billion gaming revenue per month, but that is unlikely in the near term with the lack of capacity addition,” CLSA Asia-Pacific Markets gaming analyst Richard Huang says, echoing other observers. “In 2016, when the new Cotai casinos start opening up, MOP40 billion per month should be achievable.”
MGM China Holdings Ltd chief executive Grant Bowie, whose company is building one of at least six new or expanded multi-billion dollar resorts in Cotai, agrees.
“As additional capacity is added to the market in terms of hotel rooms and other non-gaming attractions, we would expect that this will allow the mass market to continue to grow as we strive to broaden our customer appeal and attractiveness,” Mr Bowie says.
“We are optimistic that the Macau gaming market and visitation levels will continue to grow,” he says.
The veteran executive highlights some key main drivers: the economic growth of the mainland resulting in a growing middle class with rising disposable income; infrastructure improvements which can facilitate more convenient travel to and within Macau; and the investments made by gaming operators to solidify the city as a destination market.
Government authorities continue to encourage diversification of Macau’s economy away from gaming. “The Macau and mainland governments are doing so progressively without causing any damage to the industry,” says Ponte 16’s Mr Ma. He likens the changes to Las Vegas’ development in the 1980s and 1990s, as it shifted from primarily gaming to a more well-rounded vacation destination.

“We saw it happen in Las Vegas when they built the Sands Convention Centre and I think you will see a similar thing here,” Mr Green says.
“The new class of customers is not the hard-core gambler, but a person that sees gambling as part of a range of entertainment that includes fun parks, shows, fine dining and other activities. You will broaden the base to attract visitors beyond hard-core players.”
Mr Govertsen says Macau is, and always will be, a primarily gaming-focused tourism destination. According to him, even though non-gaming revenues have been growing rapidly, they are masked by the size of gaming revenues.
“However, as the new resorts are developed on Cotai, we think that the growth of non-gaming will become more obvious, which, in the eyes of the government, is a very good thing. We also believe this will promote healthy broad-based growth of visitation to the market, such as the visitation the integrated resorts in Singapore have generated.”
Mr Govertsen, who is based in Macau, warns of potential risks for the city’s gaming industry, most of them macro-related and largely out of Macau’s control.  Such risks could include a slowdown in the mainland’s economic growth, or a resurgence of a medical epidemic like SARS or bird flu.
Macau’s table cap is not a limiting factor to long-term growth, Mr Green argues.
“I don’t think the table cap will be a problem. The Secretary [for Economy and Finance Francis Tam Pak Yuen] says there will be adequate tables for the new properties,” Mr Green, a former gaming regulator in Australia, says. “My reading is that every property will get tables, maybe not all that they want, but at least 300 tables for each property.”
Aside from changes in the Cotai skyline, Mr Green says he does not believe Macau will look very different when it reaches MOP40 billion in monthly gaming revenue. “Given the premise that MOP40 billion will need more properties, you won’t have that much difference on the streets or in the casinos,” he says.
“New developments in Cotai will be attractive to new visitors. But I don’t think another 50,000 visitors a day will suddenly be coming through the doors.”