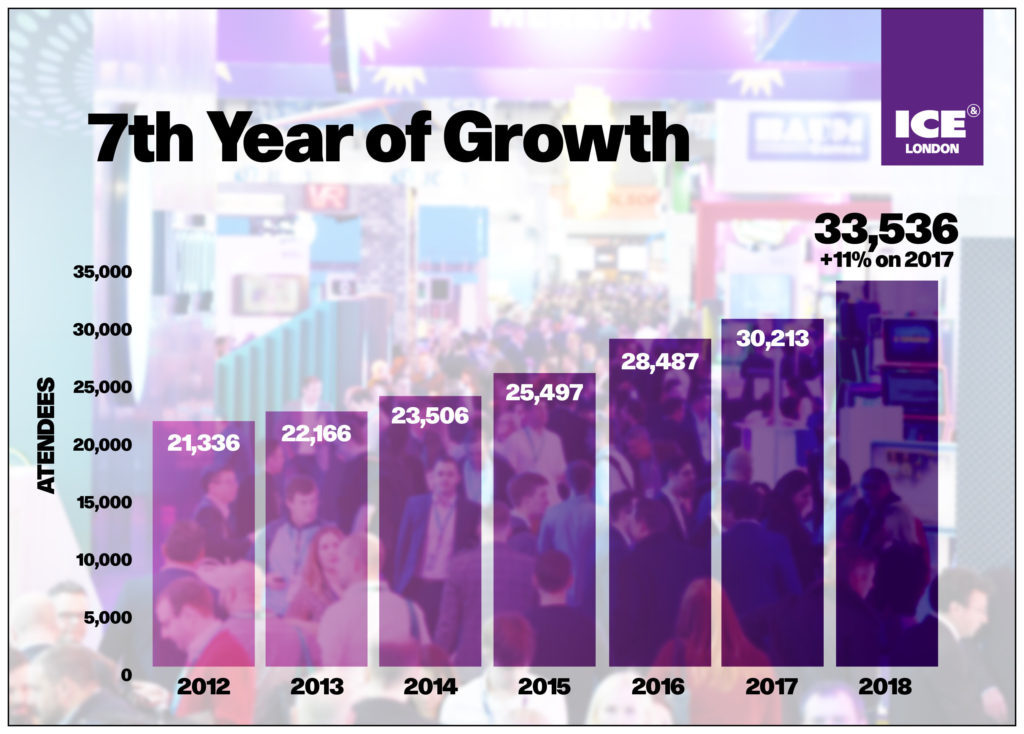 ICE London 2019 will celebrate the genius of the international gaming industry and, in the process, aim to secure the global event’s eighth successive year of growth.  The spirit of genius campaign, which has driven ICE London’s international marketing, features a series of inventions that have changed the world as illustrations of the scale of game-changing genius found on the show floor at ICE London.

Explaining the campaign, Clarion Gaming Managing Director Kate Chambers said: “We thought it was about time that someone started banging the drum on behalf of an industry that has consistently been among the very first to embrace new technology and is among the most creative sectors anywhere in the world, employing the most talented individuals and the brightest minds.  Featuring close to 600 exhibitors from 60+ nations, ICE London is the very best place to experience the spirit of genius that drives the totality of the gaming experience.”

The 2018 edition of ICE London was officially the biggest on record.  Following an independent audit of the world’s biggest gaming event, the unique number of visitors attending ICE London was confirmed at 33,536, an 11 percent increase on 2017 and a landmark figure which constituted the seventh consecutive year of growth.  Despite occupying an additional hall at London’s ExCeL, density also increased year-on-year, with the average number of visitors per stand up 17 percent and the number of visitors per square metre up 12 percent.  In a year that the ICE brand demonstrated its unique ability to engage with gaming professionals based throughout the world, the number of represented countries edged higher from 151 (2017) to 153 with the exhibition experiencing a surge of visitors from key growth regions, notably North America (+33 percent), Africa (+23 percent) and South East Asia (+18 percent).  In post-show research, the Net Promoter Score (NPS) came in at +51.8, which placed ICE London among an elite group of business events staged in the UK.

The 2019 edition of ICE London will occupy more floor space than ever before, as Kate Chambers explained: “In 2017/18, the exhibition’s growth was due to the demand for space from payments providers, whereas the 2019 growth has, in part, been driven by Sportsbook and iGaming companies following the Supreme Court’s repeal of the Professional and Amateur Sports Protection Act (PASPA).  As the most international gaming event on the calendar, exhibitors know that they can use ICE London as a method of launching into any gaming jurisdiction in the world.”

“I think the real attraction for gaming professionals is the guarantee that, when they come to ICE London, they will see the very best, smartest companies showing products that harness the very latest advances in technology.  It’s technology that keeps on revolutionising the market and, as our creative campaign states, this is a genius industry and the best place to experience that spirit of genius is at ICE London.”

For more information, and to experience the spirit of genius at ICE London 2019 (5-7 February, ExCeL London, UK), visit: icelondon.uk.com