How about a nice game of poo?

Casino International > Features > Online > How about a nice game of poo? 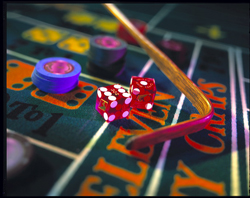 Here’s a joke for you: An American walks into a London casino and asks the way to the craps. The East European waitress directs him to the gents’ toilets. Boom boom. I thank you.
Now under any normal circumstance this would just seem like a really lame gag that – considering this is my column – would hardly seem out of place. However, the above ‘hilarious’ set-up actually happened. The London Hippodrome Casino has had to change its signage from ‘Craps’ to ‘Dice’ as people are, apparently, becoming ‘confused’ when dealing with the term craps. Oh, and just in case you don’t know, in the UK crap means to empty one’s bowels, but is more generally used to describe something as rubbish (e.g. the joke in the opening paragraph was crap. You get the idea.)
Now as I understand it, you have to be over 18 years of age to enter a casino in the UK, an age at which you’d expect people to have matured enough to not collapse clutching their sides when confronted with the word CRAPS hanging from the ceiling surrounded by flashing lights. However, according to Hippodrome owner Simon Thomas, “There’s a lot of sniggering and smirking going on”. ‘Sniggering and smirking’? At the word craps? Oh GROW UP! Let’s just be thankful the American in our story wasn’t wearing a ‘Fanny Pack’ or there’d have been intestines hanging from the chandeliers as our ‘mature’ over-18s exploded with uncontrollable laughter.
Owner Simon Thomas also said in an interview with the Evening Standard that they decided to make the name switch after the sign “raised eyebrows”. Now obviously this is somewhat more refined than sniggering or smirking, but just who raises their eyebrows anymore? This isn’t 1860, so unless Roger Moore or Leonard Nimoy are in the room I can’t imagine a casino full of unhappy punters all looking at each other and raising their eyebrows; a fist fight – yes – but raised eyebrows… seriously? Oh, and WHO NOTICED THIS! Just how close up was the CCTV-monitoring staff zoomed in to notice such facial tickery? And furthermore, exactly how seriously were they expecting to be taken when they called in the manager to report: “Trouble on table 12 boss; six people have raised their eyebrows.”

Meanwhile…
Newton’s Third Law tells us that “For every action there is an equal and opposite reaction” so I’m wondering if somewhere in the USA right now there’s an exact opposite event occurring, where an uncomfortable Londoner is jogging into a State-side casino (where you have to be over 21 to get in, so they must be REALLY mature) and is urgently approaching a waitress saying “I’m dying for a crap”. What must he think when she directs him to a group of large men wearing suits, holding wooden sticks and accompanied by a shooter! Never mind craps, I’d s**t myself.

Meanwhile meanwhile…
Back at the Hippodrome Mr Thomas has a problem: just how far does he take this? If people are raising their eyebrows, sniggering, smirking and generally becoming confused over the word ‘craps’, does he need to take a closer look at some of the other games on offer. If someone gets to 13 on a blackjack table and demands of the dealer “hit me” surely we can expect more than raised eyebrows once it all kicks off and they have to call the police. And as for ‘Casino War’… well when angry staff from neighbouring Empire and Grosvenor Casinos turn up with flick knives and sticky bombs I certainly don’t want to be anywhere near the buffet.

End as we began
Well I sense I’ve spread this gag about as thin as it’s going to get, so let me end as I begun, with a lame joke:
A man enters the Hippodrome Casino and says: “I’d love some Caribbean Stud”.
“One second sir,” says the pit boss, who then reaches for the phone and whispers into the receiver: “get me Billy Ocean.”