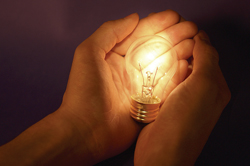 The European online sportsbetting industry has rarely been in ruder health. The near simultaneous rise of in-play betting and mobile technology has ushered in a new period of revenue generation that is set to overwhelm certain analyst forecasts of an international market (excluding the US) worth $13.4 billion by 2015 (source: H2 Gambling Capital, February 2011).
This growth has been further bolstered by a summer that has included a successful Euro 2012 football championships and a London Olympics that has seen operators taking up to five times the expected amount of bets – William Hill, for instance, took more than a million bets on London 2012 while its close rival, Ladbrokes, reported that its turnover had increased 400 percent on the Beijing Olympics. Adding to this, Sporting Index reported that a third of all of its bets taken on the Olympics were via mobile devices, making London 2012 something of a welcome anomaly where Olympic betting is traditionally concerned.
With such levels of growth and with new technology helping companies extend their reach to new demographics, you’d be forgiven for thinking that innovation for the sportsbetting product had reached something of a plateau. But ours is an industry that has rarely stood idle for long and bears the concept of innovation as its raison d’être. The consumer demands it of the industry, and it is crucial that the industry continues to demand more of itself in order to accurately and sufficiently cater to the growing ambitiousness of the end-user’s entertainment standards.

Invigorating your business
Just as the dying embers of summer act as fertile ground for Europe’s soccer clubs in freshening up their squads for the new season, so too do they provide an opportunity for operators to reinvigorate their business through the implementation of new product models.
The regular introduction of new product sets, be they betting markets (such as new in-play markets on sports) or the introduction of new affiliated products, as it the thrust of this article, help to service the fundamental requirements of retention (enhancing your existing customer’s playing experience), acquisition (providing a new vehicle to market) and also in re-engaging lapsed customers with a product they won’t find elsewhere.
One of the newest forms of innovation in this regard comes in the form of ‘live fantasy football’ which seeks to turn the traditional fantasy sports model on its head by marrying it with the in-play betting concept. The premise is that the ‘live’ or ‘in-play’ aspect runs as a form of ‘second screen entertainment’ to the core ‘season long’ model and also allows for the expansion of the offering beyond soccer to sports such as cricket and American Football. It is a fusion of sportsbetting, in-play engagement and, importantly, social-style gaming which is continuing its rapid convergence with the real money gambling environment.
It is because of these combined factors that I believe the second screen entertainment model to be ripe with growth opportunities for companies offering sports products to market. Indeed, we need only look at the lottery and bingo sectors to see how this concept can be of supplemental benefit to the operator. Both sectors employ the use of side games (casino, slots, scratch cards, etc) to great effect as non-core revenue generators, in some cases contributing more revenue than the core product itself. But above this, it gives players a reason to return to an operator’s site, providing a more rounded entertainment experience and inspiring the kind of loyalty that is a priceless commodity in this fiercely competitive marketplace.
The live fantasy sports model is also a perfect fit for the US market, and particularly for those land-based entities seeking an effective route to market in the online space. As the various US states consider their relationship with iGaming after the Department of Justice’s December 2011 opinion that the 1961 Wire Act relates only to sportsbetting, and with the Professional and Amateur Sports Protection Act (which effectively prohibits sports wagering in all US states bar Delaware, Montana, Nevada and Oregon) still federally active, the fantasy sports model offers land-based gaming companies a perfect model to integrate into their online operations.
For existing online operators, it gives them a vital USP in the delivery of their brand and products to their active customers, creating a more sophisticated and, more importantly, a ‘fun’ product to engage new and potential players.

Choosing the right partner
In any form of business, ensuring you partner with the right suppliers is of critical importance to the success of your offering. In understanding the potential of the second screen entertainment concept, our acquisition of Picklive meant that we were investing in what we believe to be a huge future growth market. Indeed, supplier partners should be making the same commitments to innovation as the operators they serve and investing their resources into ensuring that new products are always on the conveyor belt.
Picklive’s live fantasy football solution is the latest and most innovative product on that conveyor belt and can provide operators an entirely unique addition to their product verticals that their customers will not find anywhere else in the gaming industry.

Building for the future
For land-based and online gaming operators, the future sportsbetting market is one laden with opportunity that can only be enhanced through the addition of innovative product markets and solutions. For European companies, the ongoing development of in-play and mobile will continue to shape the market into the future, with more people enjoying greater access to a larger amount of markets on a growing number of devices. The desktop market too will continue to build and the signs are that betting companies with a land-based presence aren’t experiencing the cannibalisation that many US lottery retail outlets, for example, are fearing by their state lottery’s move online.
In the US, the future is still developing, with intra-state legislation being implemented and considered all across the country. Innovation here will be key to success, as will the choice of partner for the products that companies serve to their state markets. The fantasy sports industry is already a huge national market and land-based companies can make a serious imprint in the new regulated landscape by providing innovative products to market and gaining a valuable USP that can engender that all important loyalty and trust.
In turning fantasy sports on its head, live fantasy football can be the product that differentiates you from the competition.