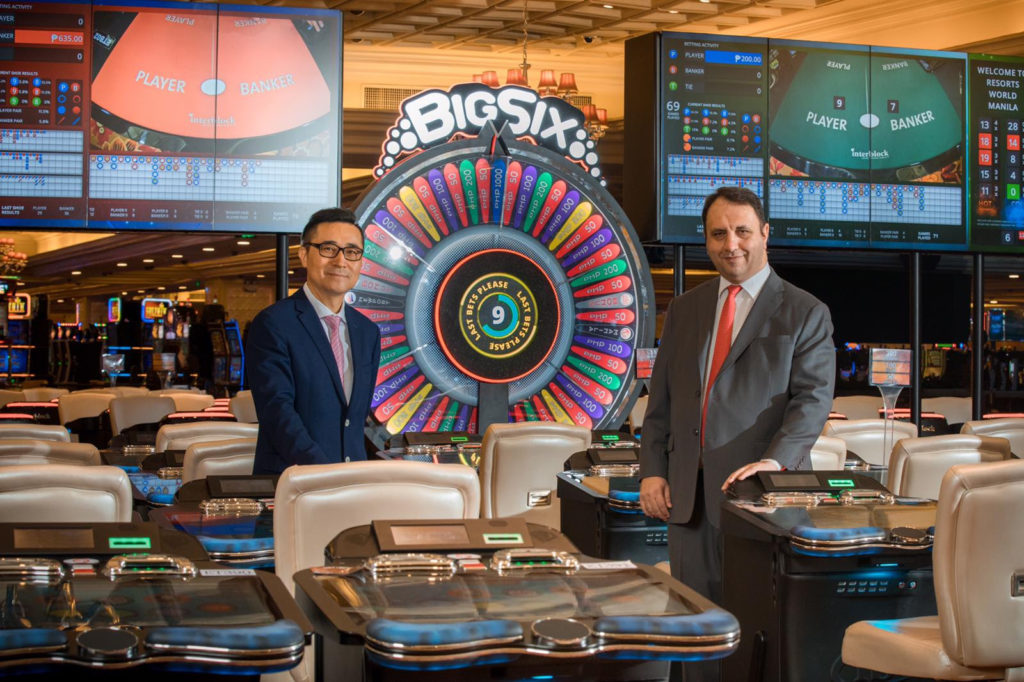 Interblock’s President of Asia Pacific, Michael Hu, said: “We are thrilled to provide the luxury and style of electronic table gaming to RWM. The Diamond Stadium creates a fantastic focal point and unique game design within the property, which adds to the luxurious and exclusiveness the casino has to offer. This is another significant installation for Interblock in the Philippines; and we are honored to be able to deliver the Super Spin bonus concept from RWM to a live environment.”

The Diamond Interblock Stadium at RWM consists of 100 play stations with 27” monitors connected to two live Baccarat tables, two live Roulette tables and a BigSix Super Spin wheel. The BigSix Super Spin game is exclusive to the property and features a bonus in which the player has the chance to win up to 1,000 times their bet. The bonus feature was conceptualized by RWM Chief Gaming Officer Mr. Hakan Dagtas, his calculations made the seemingly impossible payout of 1,000 to 1 possible in the bonus bet and created a unique jackpot configuration. All games are accessible from a single play station, which are equipped with multigame and multi-play functionalities. Four high-definition wall-mounted LCD displays provide players with live video feeds of the games’ progress, statistics and trends.

“RWM is pleased to partner with Interblock in realizing our Super Spin innovation to celebrate our first decade in the industry,” Said Dagtas who is also in charge of RWM’s gaming operations and marketing. “Super Spin is our way of expressing our gratitude to our members by raising their chances in every play,” he added.

RWM also boasts around 70 restaurant outlets offering a diverse selection of local and world cuisine, prepared by top Filipino and foreign chefs and paired with a wide selection of the finest wines and popular liquors.

Membership at RWM is free and provides an instant pass to numerous discounts, freebies, and exclusive invites to RWM events. VIP members get to enjoy more perks and advantages this year as RWM celebrates its 10th year.

RWM is regulated and complies with the rules and regulations of the Philippine Amusement and Gaming Corporation, the gaming authority in the country.