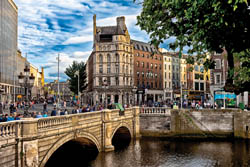 In July, the Irish Government announced its intention to overhaul Ireland’s current antiquated gambling regime. In place of decades-old betting, gaming and amusement laws which are rooted in the dated notion of gambling as a vice, Ireland will adopt new legislation that recognises gambling as a legitimate form of entertainment, though one that carries its own particular risks. The following key changes will be effected:

• casinos will for the first time be permitted;
• major changes to bingo rules will be adopted;
• there will be some amendment to Ireland’s lotteries regime;
• certain games and machines will or may be prohibited;
• land-based, online and remote betting (including services to Ireland from abroad) will be regulated;
• a new gambling inspectorate will be established; and
• gambling debts will be enforceable under Irish law.

The proposed legislation will impose social responsibility requirements on industry operators. Surprisingly, perhaps, it will not make any provision as to tax. It is intended that the proposed legislation will be ‘technology neutral’ so as to facilitate current and future technologies without the need for amending legislation. The key principles that will inform the new gambling regime are fairness, an attentiveness to consumer choice and protection, the safeguarding of vulnerable persons, and the prevention of crime.

Casinos
The impetus for reform of Ireland’s gambling regime stems in part from the relatively recent emergence in Ireland of ‘private members’ clubs’ in which casino gaming takes place. At this time there are just over 30 such clubs registered with the Irish authorities under Ireland’s anti-money laundering laws. While the legislation, at least in its proposed form, will allow for the establishment of casinos, it will not allow large resort-style casinos. Instead, only smaller-scale casinos will be permitted with a maximum of 15 tables. A standard multiplier of two gaming machines to tables will be permitted, subject to a limit of 25 machines in any one casino. Up to 40 ten-year (renewable) casino licences will be awarded and the Irish authorities will ensure that there is a regional spread of casinos. There will also be location controls to ensure, for example, that there are no casinos near schools, colleges or health-care facilities. Sale of alcohol will be allowed but restricted to generally applicable bar hours (so no all-night drinking facilities). There is currently some public support in Ireland for resort casinos (as well as some opposition) so, notwithstanding the current thrust of the proposed legislation, this may yet become a live issue during the legislative process.

Bingo
Currently under Irish law, bingo must always be for a charitable or philanthropic purpose. Under the proposed legislation this requirement will be relaxed. Some form of link to local purposes will be required. Even so, the proposed legislation represents a significant liberalisation of the current bingo rules. Remote bingo will be subject to separate licensing rules. There will be caps on overhead allocations and minimum percentages as regards prize money.

Lotteries
Ireland already has a modern, robust lotteries regime. The proposed legislation will extend this regime to remote lotteries and scratch-card games. It will also allow for increased prize money levels and allow for further such increases in the future.

Prohibited games
It is intended that Fixed Odds Betting Terminals will be prohibited and that there will be specific offences as regards the use, supply and repair of such terminals. The use of such terminals in the UK, Ireland’s closest neighbour, has occasioned some controversy, particularly as regards their possibly addictive nature. In announcing the proposed legislation, the Irish Minister for Justice, Equality and Defence indicated that Ireland’s intended prohibition reflects ‘the level of concern felt by the Government at the very harmful effects of these terminals.’ The proposed legislation will empower the Minister to restrict other games, machines and classes of machine that are considered harmful. The legislation will be drafted in such a way as to ensure these powers can be invoked in respect of devices and games that do not currently exist.

Licensing
The Irish Government intends that only gambling that is licensed under the new legislation will be permitted in Ireland. Notably, the licensing rules will apply to anyone providing a gambling service to anyone in Ireland, from wherever located. Licence-holders will be required to undergo police and other checks. A key objective of this screening process is to ensure that gambling operations do not come under the control of organised crime gangs. Although the recent announcement is somewhat light on the detail of any such screening process, a Government Report from 2010 contemplates that such a process would look to an applicant’s criminal record (if any), history of tax compliance, financial viability, general reputation, ownership structure, the reputation of any affiliates, and the calibre of key individuals (who will be required under the proposed legislation to have personal licences). In addition, there will be requirements as to the certification and calibration of equipment. Suppliers of equipment and services will also be required to register with the authorities.

Office of Gambling Control, Ireland
Under the proposed legislation, Ireland’s Minister for Justice, Equality and Defence will be the regulator for gambling and will remain responsible for general gambling policy. However, the Minister’s licensing, compliance and enforcement activities will be performed by a new executive body, provisionally called the Office of Gambling Control, Ireland (‘OGCI’). This Office will be based within the Minister’s Department and it is intended that it will be self-financing, through the imposition of fees and other charges on industry actors. OGCI officers will have powers of search and seizure. The OGCI will also be empowered to cooperate with the police and regulatory bodies, both domestic and foreign. In addition the new legislation contemplates the availability of an array of court orders, such as orders preventing the giving of assistance to unlicensed or non-compliant sites.

Social responsibility
In its announcement, the Government indicated that the proposed legislation will have two objectives, the effective regulation of what is a dynamic business sector, and also the protection of vulnerable adults and young people. Whether the Government will succeed in maintaining the right balance between these two competing goals remains to be seen.

One notable aspect of the proposed legislation is the establishment of a ‘Social Gambling Fund’. This will be funded by a levy on industry operators and will assist with treatment services and also have education and information responsibilities. It will have a supervisory board to oversee the disbursement of funds, the majority of board-members to be drawn from non-industry sources. Notably, while the Government will adopt legislation that facilitates gambling and the State will derive a tax benefit from such gambling, it does not appear that the State itself will be subject to an express statutory obligation as regards the funding of treatment and other services. At this time the scale of the proposed levy is not known.

Other social responsibility provisions to be included in the legislation include the introduction of age restrictions, controls on advertising, promotions and sponsorship, a new complaints procedure for consumers and new provisions for consumers seeking compensation from licence-holders (who will be required to maintain adequate financial reserves in this regard). It is intended that the complaints and compensation procedures will be funded by industry players.

Tax
The new legislation will not concern itself with taxation. The primary reason for this appears to be that, notwithstanding that the new gambling legislation is a Government initiative, issues of taxation are dealt with by the Department of Finance which is not the Government Department sponsoring the proposed legislation. That said, a Report published by the Department of Justice and Law Reform in 2010, states that ‘There would appear to be little point in developing and maintaining a comprehensive regulatory framework for gambling if through its taxation policy a State puts companies at a disincentive from establishing themselves in or selling into the market.’ Although the Report goes on to note that the correct tax treatment of on-line and land-based gambling needs to be carefully considered, the Irish authorities are clearly sensitive to the fact that taxation policy impacts on the commercial decisions of gambling operators, even if the details of the intended tax policy are, at this time, unknown. Of interest in this regard is that provision in the Irish Finance Acts allowing for the extension to online betting of the existing levy on land-based debts has not yet been commenced, possibly in anticipation of a more comprehensive assessment of what taxes to levy and how.

The Tote
Irish legislation currently allows for the operation of a totalisator (the ‘Tote’) on the various horse racecourses in Ireland, in effect allowing individuals to bet in a common pool against each other, with any profits being used for the improvement of Irish horse-racing. At this time it is not intended that the Tote will be governed by the proposed legislation, though it is intended that the new regime will eventually extend to the Tote also.

Possible issues
The proposed legislation represents a welcome change to the structure of Ireland’s gambling architecture. Even so, there are some possible shortcomings. First, the fact that the legislation does not address taxation is a shortcoming in the restructuring of Ireland’s gambling regime. It is to be hoped that proposals as to the intended tax regime will issue imminently. Second, it can be expected that much of the detailed regulation of the gambling sector will be done by the OGCI pursuant to the main legislation that is adopted, a process that involves at least the potential for regulatory excess, albeit that there is no reason at this time to expect that there will be any excess. Third, the legislation has the twin aims of facilitating a vibrant gambling sector while also protecting the vulnerable and the young. These are not entirely consistent objectives and it remains to be seen how successful the legislation will be in reconciling these objectives, both in its express terms and also as it is implemented. Fourth, though not an issue as such, it appears that a significant area of betting, namely financial spread-betting, will not be governed by the new legislation and will continue instead to be an area for regulation by the Central Bank of Ireland.

What next?
A detailed Bill will now be drafted and will be introduced before the Irish Parliament possibly later in 2013, though a betting man would likely favour a 2014 date for eventual enactment. As the current Irish Government enjoys a substantial majority in the Irish Parliament it can reasonably be expected that the eventual legislation will be enacted largely as announced. Gambling industry operators seeking to provide services in, to, and possibly from, Ireland can count on Ireland’s soon having a modern, well-regulated gambling system that facilitates gambling for the benefit of the many and seeks to limit any adverse consequences that arise for the few.