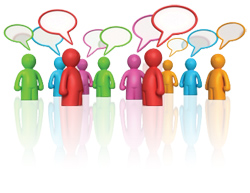 It has become increasingly difficult over the last year to have a conversation about social gaming without “regulation” being mentioned in the same breath. The sector has come under an increased level of scrutiny over the last few months, and with it, an emerging debate as to whether social gaming operators should be subjected to some degree of regulation to safeguard the consumer. The flames of this debate are in part being stoked by the burgeoning growth in this relatively young and maturing market, due in large parts to the proliferation of casino style games as developers look to these perennial favourites to attract more users and more importantly keep them engaged. Recent figures estimate that around 173m people are now playing gambling orientated social games, putting a current price tag of $1.7bn on the industry, a price tag that is expected to rise to $2.5bn by 2015. It is therefore no surprise that this sector has attracted interest from those looking to capitalise on this rapidly growing market, but at the same time a great deal of scrutiny and criticism from those that are concerned about what social harm may be done if this industry continues to operate in an unregulated environment.

This debate is in its infancy but there is already a plethora of conflicting views. On the one side you have the likes of Ralph Topping, CEO of William Hill, South Australian Senator, Nick Xenophon and the Swedish Gaming Board, all actively calling on legislators to introduce regulation. On the other you have social gaming operators such as Double Down Interactive and Yazino who dismiss there is a need for legislation. Then there are those such as the UK Gambling Commission that has given the sector a watching brief to avoid any immediate regulatory moves while it continues its work in assessing the potential risks, if any, of social gaming. Lastly (and most worryingly for the social gaming industry) there are those who have chosen to ignore the debate altogether and take pro-active steps to clampdown on the industry, such as the Japanese Consumer Affairs Agency’s crack down on “kompu gacha” (a game mechanic that allows a player to purchase virtual currency that can then be exchanged for a randomly generated virtual prize) and the Belgian Gaming Commission’s inclusion of two social gaming companies, Spigo and Spelpunt, on its controversial Black List of companies that they deem to be operating “illegal” online gambling websites.

An emotive argument put forward by those detractors advocating regulation, with particular reference to social casino style games, are that such games pose a risk to the young and vulnerable in society being lured by the glitz and glamour in to a pastime they might not have otherwise been exposed to. There is, they claim, an inherent risk posed by trivializing gambling within a playful environment, of the young and vulnerable in society falling victim to some form of gambling addiction. Other arguments targeting the sector more generally focus on traditional consumer protection principles, such as the need for greater transparency in how the games operate or how consumers can make a complaint, the need for more robust measures to guard against fraud or data theft, etc.

As this regulation debate began to intensify last year, it became increasingly apparent that the social gaming industry needed a united voice to protect its legal, regulatory and commercial interests and defend itself against the increasing scrutiny that was commonly being conducted through sensationalist media stories that rarely provided a fair, proportionate or factual representation of the issues at hand. Stories of school children being able to rack up more than $5,000 in debt in less than a month or convictions in relation to the stealing of virtual currency to sell on the black market were doing nothing to help portray the industry as one that operated to high levels of probity.

Balance and perspective needed to be added to the debate. For example, only a very small percentage of social gamers actually part with any cash during their gaming experience and significantly, the conversion rate amongst players of gambling orientated games is actually lower at 1.7% than the average of 1.8% for the sector as a whole. If we draw parallels with research done in relation to the gambling industry, of that 1.7%, only 0.5% to 3% are ever at risk of developing problems associated with their gaming habits. It would therefore appear wholly disproportionate to try and apply formal regulation across the entire sector to address the risks of social harm that are only ever likely to afflict a very small minority. In relation to the concerns surrounding underage game play, the under 25s (let alone the under 21s) are not social gaming operators’ target audience and account for only a small proportion of their overall customer base. Let’s also not forget that casino style games are a perennial form of entertainment that have been enjoyed by all ages in varying guises for generations, whether through playing card games, amusement arcades, video consoles or otherwise. Such games are not inherently harmful.

The Social Gaming Association (the “SGA”) was therefore established in November last year as a trade organization to provide a united voice and a unified set of values for the social gaming industry in order to address concerns of industry detractors and pro-actively educate policy makers concerned about social gaming. Those that sit on the SGA’s Executive Committee, including Bally Technologies, Slingo.com and AbZorba Games, are the driving force behind the SGA’s policy direction, creation and implementation. One of the SGA’s primary objectives – one that it hopes will help to embolden the image of the industry in the eyes of legislators, regulators and other policy decision – will be to develop a self-imposed, socially responsible set of standards to promote responsible gaming, the protection of minors and the socially vulnerable and to ensure its members conduct their business operations with honesty, integrity and good governance. All members that abide by the SGA’s code will be granted an accreditation kite-mark to show players, partners and investors alike that they are both a socially responsible social gaming business and an active member in good standing of the social gaming community. In addition, the SGA’s role will include monitoring key legal, regulatory and commercial developments within the industry; challenging discriminatory legislation against social gaming; educating regulators and other key policy decision makers and providing a forum for members to openly share opinions and debate issues that affect the industry. The SGA will also look to support industry focused charitable causes and other socially responsible initiatives.

The SGA hopes to be the platform and the catalyst for businesses within the industry to recognise that they owe a duty of care to their players and a responsibility to promote responsible gaming both within their operations and society generally. By acknowledging there is an issue and engaging in the discussions the debate generates, the better placed the industry will be to temper any knee-jerk calls for formal regulation to be introduced, thus ensuring the industry is able to continue to operate in a dynamic, innovative and non-discriminatory environment. Formal regulation will inevitably squeeze developer margins, restrict operational flexibility and add layers of administrative burden. The vast majority of social gamers are going to enjoy their experience in a safe, secure and responsible environment and without spending a penny, let alone forming a gambling addiction, so why risk undermining the dynamic and innovative nature of this popular form of entertainment. But any failure or hesitation in recognising that this is a real and present issue will likely eradicate the industry’s ability to influence its own destiny and in doing so, send the social gaming industry down a path of disproportionate, restrictive and inconsistent regulation.