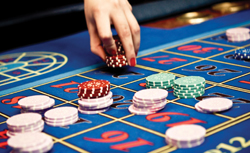 We’ve all heard about 2014: a choppy, bumpy performance, UnionPay and junket crackdowns, record drops in gaming shares, the VIP take tanking, visa restrictions on mainlanders, the first decrease in revenues since 2009, tables shifting to mass floors, smoking bans and the World Cup enabling football bets on lotteries to outscore revenues from Macau’s casinos.
Despite these minor earthquakes – convulsions that affected the gambling industry and presented stocks of major operators with their most volatile period in years – the reality is that casino stocks are still one of the best and highest return investment vehicles in the market, on a par with some ‘hot’ industries like Internet media (Facebook, Yahoo and Google).
For an investor, it was more profitable to put money into MGM or Wynn last year than in Apple shares, probably one of the stocks most adored by the market and financial media.
“There are few investments within the leisure space (and possibly within consumer overall) that have such a defined long-term secular growth story like Macau casinos,” Christopher Jones from Telsey Advisory Group told Macau Business. “We expect the next several months to be a little rocky, but see the longer term story for Macau as very positive,” the brokerage analyst said.

Confidence following shares
All the negative headlines coming out of Macau had a huge impact on investors’ confidence in casino shares, with stocks suffering losses of 3 percent in a single session several times during the first half of 2014. Since the beginning of the year, stocks from the biggest gaming operators in Macau, known as the Big Six, lost an average of 25 percent in value, reversing part of the historical gains of 2013. Macau’s Big Six are Wynn, Galaxy, SJM, Melco Crown, MGM and Sands.
An economic slowdown in China combined with restricted UnionPay use, junket crackdowns and visa restrictions on mainlanders translated into fewer players, less credit, sinking revenues and shrinking profits for investors.
But even with the downturn casino shares still outperformed, by a large margin, the market in the last 12 months. The casino sector was able to put two companies – MGM and Wynn – in the TOP 30, and five – including Galaxy, Melco Crown and Las Vegas Sands  – in the TOP100 in the ranking of stocks giving the highest return in one year, according to data provided by Bloomberg. Bloomberg’s ranking listed more than 600 hundred of the world’s largest companies from 55 industries.  In the full year ended mid-July, investors were earning more money from casino shares than from the Internet, computer hardware, oil & gas or pharmaceutical sectors.

Still solid
For companies the size of any of Macau’s Big Six to lose 25 percent of stock value in a few months means billions of dollars, but for the operators and investors in question it was only a dent in a very profitable year.
Data compiled by Macau Business shows that one-year investment return on stocks from the six biggest casino operators here in July reached 45.3 percent, a very lucrative investment by any standards. Wynn and MGM, for example, gave their investors a return rate above 60 percent in the last 12 months, data reveals.
“Macau casino stocks have produced very good returns over longer periods of time, but they have also been very volatile,” Tim Craighead, Director of Asian Research & Senior Gaming Analyst from Bloomberg Industries told Macau Business.  “The bull case scenario for Macau is multifaceted as a direct play on the China consumer growth story, but the volatility creates investment risks also.”
Higher returns from casino shares have been more the rule than the exception in the last decade and are likely to continue. In the last 12 months, the difference between the highest and lowest value of gaming stocks reached 84 percent, one of the widest margins in more than 55 industries. Galaxy stocks, for example, traded in January this year at US$83.5 per share, more than double its lower point in July 2013 (US$38.9) just six months before. Most gaming shares doubled in value during the second half of last year, when revenues and earnings beat all-time records.

Bipolar stocks
Despite its long term success story, the high volatility recorded by gaming shares this year also shows how bipolar these stocks can be, overestimating the good times and falling quickly into a deep depression when the tide turns, as happened in the second quarter when revenues started to slow down.
“The performance of Macau shares suggests they are still viewed as growth & momentum shares. When growth accelerates, as it did in 2013, the valuation inflates. When investors perceive a slowing in momentum, the shares can correct severely, as we have witnessed in 2014,” says Craighead.
Christopher Jones from Telsey believes that the “once in a lifetime opportunity” that the gaming industry CEOs repeatedly tout about the revenues and profits in Macau, also apply to investment in casino stocks. And according to investor data, confidence in the long term is still solid.
The industry’s price-earning ratio (P/E ratio) is one the highest among the world’s biggest companies, a sign that investors are expecting big gains in the future. The P/E ratio measures how much investors are willing to pay per each dollar of earnings: the higher the ratio, the greater the confidence and anticipated profits. The casino sector average is around 25 percent – investors are betting 25 dollars per each dollar of earnings – while MGM has a ratio of 256, the ninth highest value among the world’s 600 biggest companies.
But that’s not all. The estimated net income for the six biggest gaming operators for the coming 12 months is set to increase 33 percent, with MGM likely to double its profits.  Telsey and Bloomberg analysts say that the long-term fundamental story hasn’t really changed that much over the past 12 months, only investor sentiment.

Cotai bubble
Even with the market suffering near-term pessimistic sentiment about Macau and long-term euphoria, investors are warning against an excess of optimism with regard to the flow of new casinos scheduled to open in Cotai in 2015 and 2016.
At least eight multibillion dollar integrated resort casinos will open in Macau until 2017, doubling capacity in gaming tables and accommodation. The market expects the world’s gaming mecca to generate US$90 billion in revenues per year in 2018, the same amount that the worldwide casino industry is making today.
With a soft performance already confirmed for this year in Macau – according to consensus, gaming revenues should increase only 8 percent from a previous 15 percent jump estimated in January – stocks should follow the same trajectory.
Investors are expecting shares to recover and return to higher gains as the new resorts start to open in Cotai.  “We believe that stock performance will pick up as new properties start to open and is why we advocate being involved by the end of 2014, early 2105,” Christopher Jones told Macau Business.  Also, Union Gaming, another brokerage, in a recent note to clients stated that it could take several months – at least until the new resorts open and more gamblers arrive – for sentiment to improve and for shares to once again reflect the notable secular growth story that is Macau.
Jones says that with underperformance this year, gaming stocks are an opportunity. “When the new Cotai opening starts, Macau stocks will be priced on 2015 and 2016 earnings, which at current levels make most Macau names look historically cheap, especially on 2016 expectations.”
But Macau’s secular growth story is not without its risks. “The potential risk is that that amount of new supply is unprecedented. There’s a good argument that the market can absorb the supply, but we’ve seen other markets have digestion problems when too much opened too quickly. Las Vegas has experienced this challenge,” recalls Craighead.

Marathon investor
In the end, gaming shares continue to be one of the most profitable stock investments, even with a bumpy year like 2014 with several events testing investors’ stamina like the UnionPay illegal transfers crackdown, junket arrests and China’s economic slowdown jeopardising a VIP segment accounting for 60 percent of gaming revenues in Macau. The upcoming smoking ban and visa restrictions on mainlanders have kindled negative sentiment among investors fearful of lower than expected profits in the future.
The bright prospects for Macau up to 2018 and the high sensitivity of stocks to headlines coming from here, means that to invest in casino stocks you need to be a marathon investor, not a sprinter.
“Longer term patience is likely needed for those interested in this sector to really see the impact of the ultimate plan,” concludes Tim Craighead.

Gambling zones to appear in Sochi and Crimea
Latino America