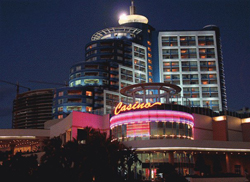 Just a few days before the start of Fadja Peru in Lima, we are short on news about this event, but we hear exciting reports from several exhibitors who attended Sagse Panama, also in the month of May. For readers of our sister magazine Casino International Americano, we’ll have incisive reports on both events in our July/August issue.
Something interesting in the world of casinos, though, is the refusal to pay the Punto Banco winnings of poker champion Phil Ivey, who in August 2012 vini, vidi et vinci with some US$14.5 million at Crockfords Casino of London’s aristocratic Mayfair district. However, the casino owned by the Malaysian company Genting has refused to pay, accusing Ivey of cheating at the game.
Our comments on the ways high action games are handled in London are available under the title: “Casino live games are not for the brain-dead” in www.casinocompendium.com and we also hope to have it in the next edition of Americano also.
We are in Lima to attend the first edition of Fadja Peru 2013, formerly CIJuegos Peru, but as you read these lines on an the event that took place in late May, I can only hope that both organisers and participants had a great show!
Cheers,

URUGUAY – Enjoy takes control of
Casino Conrad
The Government of Uruguay approved the substitution of the company that operates the Conrad Punta del Este Resort & Casino, naming Chilean company Enjoy S.A., as new property operator. Enjoy acquired 45% of the stock purchase of a local subsidiary owned by American company Caesars Entertainment , of Las Vegas.
Enjoy has paid US$139,52 million, financed through an increase in capital carried out earlier this year, and has the option in three or five years to acquire the rest of the Conrad property that is still owned by Caesars.
Javier Martínez, Enjoy CEO said: “The authorization we receive from the Government of Uruguay to start trading at the hotel Conrad gives us great satisfaction. We now have presence in Chile, Argentina and Uruguay, and we are transformed into the most relevant Latin American player in casino management.“
The Conrad hotel has 294 rooms and a games room equipped with 542 slot machines and 75 gaming tables. Martinez added that the Conrad is “the main resort and casino in South America and a true icon of the region, valued around the world.“
Enjoy operates 6 Casino Resorts and 2 casinos, one in Chile and one in Mendoza, Argentina. All eight Casinos operated by Enjoy are equipped with a total of 6,015 slot machines, 274 gaming tables and 860 bingo positions. With nearly four decades of experience, Enjoy is the only Latin American company in the gaming industry that trades on Chile’s SE.

PERU – SUNAT raids 64 casinos for
tax debts
Early last May, the Peruvian tax administration agency, SUNAT carried out a nation-wide campaign to collect tax from debtors and raided 64 casinos and slot machine venues throughout Peru, which have a combined debt in excess of US$9.6 million.
The operation was carried out with the support of Peru’s gaming regulators, Dirección General de Juegos de Casino y Tragamonedas, with a team of more than 200 public notaries who issued embargo measures on 24 holding companies that operate the gaming halls in Lima, as well as their operations in the cities of Ica, Junin, Lambayeque, La Libertad, Huanuco, Ucayali, Loreto, Piura, Arequipa and Tacna.
SUNAT stated that the embargo measures are executed as a last stage in the debt collection process, using public notaries and assistants as coercive executors in the manner of a “foreclosure intervention”. This means that each slot in the casino or gaming hall is inventoried on a daily basis to quantify collection and a percentage is deducted by SUNAT and retained as part payment of the debt.  With this type of intervention operations involved in the procedure are not closed and carry out normal commercial activities, helping to meet their tax obligations.

BOLIVIA – Congress members accuse Government of protecting illegal casino
Several Bolivian members of Congress announced the interpellation of Government Ministers of Government and Finance, Carlos Romero and Luis Arce Catacora, who have been accused of protecting the owners of an illegal gaming house in the city of Santa Cruz.
In an interview published by the local daily El Diario, legislators Jessica Echeverria and Moses Salces asked the Government “to stop defending people who conduct illicit activities”, also accusing some authorities of receiving donations from “Florián Marc Groleau, alleged owner of a network of clandestine gambling houses.”
The report said that the businessman owns the Mirage Bingo, which was raided by Police in August 2012.  Gaming regulators as well as officers from the Public Prosecutor’s Office witnessed several gaming machines in the process of being dismantled for the use of electronic parts such as software and other items in the “assembly of new gambling equipment.“
During the raid the authorities seized 50 machines, accessories, documentation and cash in two establishments operated illegally in the city of Santa Cruz and accused the owners of Bingo Mirage of the extraction of machine parts. This was verified by Mario Cazon, the executive director of the Autoridad de Juegos (AJ), Bolivia’s gaming regulators.

BRAZIL’S Salex 2013 features International exhibitors
SALEX 2013, the largest recreation expo in Latin America, has announced a new exhibits plan that consolidates its position as the best platform for business for companies in the industry in a promising year for the market.
From 23 to 25 July, at the Transamérica Expo Center, in São Paulo, SALEX 2013 will host the leisure and entertainment expo and has signed a contract for the promotion of Salex with a media company that stands out as one of the promoters of major trade events in Brazil.
This year exhibitors from 17 countries will participate in Salex 2013, showing a range of equipment for parks, extreme sports, recreational areas, shopping malls, hotels, schools, condominiums; kids rides; electronic equipment such as darts, video games, arcades, arcade games, simulators and slot car tracks; articles for children’s buffets; products for games such as billiards, bars; in addition to lighting, jukeboxes and vending machines, inflatables and more.

Peru Gaming Show will be the “event of the year”
Less than two 3 months to go before the start of the 11th edition of the Peru Gaming Show, the organizers have announced the sale of all space in the initial plan of the show, and currently they are preparing additional space to meet the demand. The original plan had 4,200 m2 which had increased by 20% in relation to the expo last year. This year the Peru Gaming Show will be held on 14 and 15 August at the Jockey Exhibition Center in Lima.
Rubén Solórzano, General Manager of Affiliated Marketing Group, organisers of the event, said: “Fortunately, the Jockey Exhibition Center, our host for the past three years, has more than 50,000 m2, so it can modify and add other areas to our space”. Solórzano said he was very pleased with the overwhelming support that the fair receives from the industry, both from suppliers and operators.
Since taking over the representation of the show in 2011, AMG has made great efforts to promote the show in all the regions of the Peru.  Solórzano and his staff travel personally to many provinces in Peru’s interior, visiting small and large operators in order to ensure their participation in the event. Solórzano added, “We don’t only send emails and place advertising, we make sure that everyone knows we exist. If we want to really be a “show for Peru” then we must reach all the operators, not only the big companies that are found in Lima”.
AMG CEO, Joe Lopez, added: “We expand space as necessary to accommodate all those interested in exhibiting and having a presence in the Peruvian gaming market.  Due to the success our exhibitors had last year, many of them have requested that we enlarge their spaces. In addition, many new providers are realizing the enormous potential of Latin America and especially Peru, which has more than 700 slot machine operations throughout the country. Moreover, being an international trade expo the Government permits us to qualify for temporary importation of products, and this helps our exhibitors who do not have to go through the tedious process of homologation with costly fees. The PGS is a great way for exhibitors to test the market and the response to their products before making lengthy and expensive investments.”