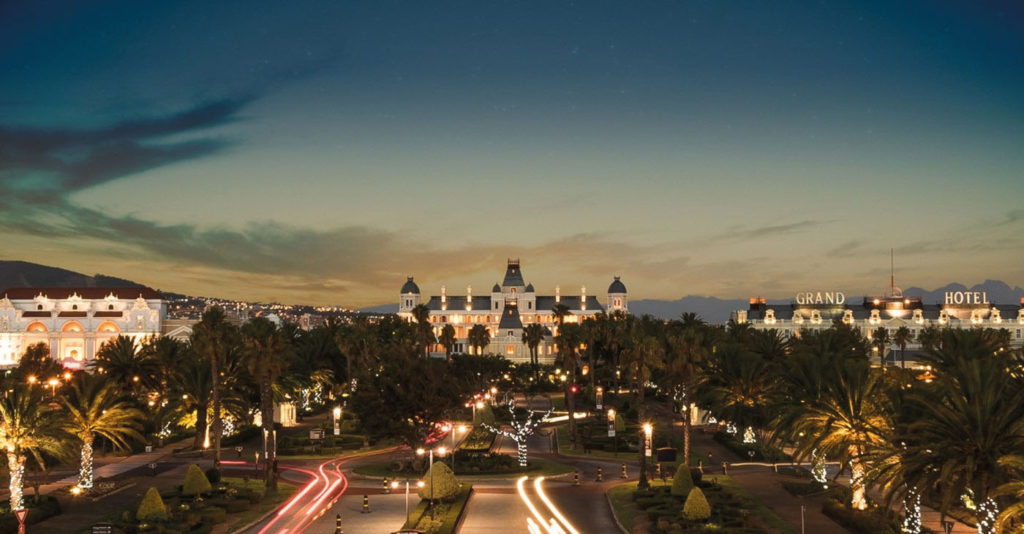 We sent Diana Gómez to cover the 12th edition of SAGSE Central America & Caribbean during the first week of May.  She reported a good number of visitors to the event at the Panama Hotel CC, with participation by industry global leaders.

The following week the great Carlitos Cardama sent a dispatch from Brasilia, which hosted the second Brazilian Gaming Congress.  Diverse aspects of the new gambling legislation were discussed, more of which we report below.

The third week in May had me travelling to Mexico DF for the III Ibero-American Gaming Summit, which featured important institutional and governmental participation.  In addition some 300 visitors also attended the reading of a “Declaration for the development and promotion of practices aimed at the construction of Game diplomacy in Latin America”.

Now we must rush to Miami for Juegos Miami before going to press, and afterwards will barely have time to catch our breath before we fly home to delight in Peruvian cuisine and visit PGS 2016, which they say will be just fantastic. See you all there!

Two Ministers of the Government of the interim President of Brazil, Michel Temer, have said that they want to propose the legalization of gambling in the country as a measure to increase the country’s revenue. The idea is supported by at least two close collaborators of the interim President, Henrique Eduardo Alves (Tourism) and Geddel Vieira Lima (Secretary of Government).

According to Alves, the legalization proposals must include bingos, casinos and the popular illegal numbers game, jogo do bicho. Alves said: “The idea is to legalize all types of gambling – the game that exists today is done clandestinely and without generating any benefit to the State.“  He added that Temer is favourable to the idea, though they have not touched the issue since he took office as Acting President.

Minister Alves also said that gambling legalization would be a boost to tourism and also reinvigorate economic activity.  He did not accept the arguments made by the Public Ministry, which opposes the idea, that the opening of casinos in Brazil could encourage corruption and money laundering.

Geddel, who will be responsible for Relations with Congress, says that he is in favour of legalization, adding, “Personally, I do not see why not to proceed with gambling legalization. I think that it is important for tourism and revenue generation.” The Minister points out that this is not yet a “position of the Government”, but will be discussed at the Presidential Palace.

Members of Congress who are in support of the legalization of gambling in Brazil say that they see Temer as an ally on this issue. Representative Herculano Passos said that he had discussed the issue with Interim President about a month ago but that he is now in the final stretch of the President Impeachment process. Passos added that according to the conversation held with Temer, the outcome of the impeachment of President Dilma Rousseff should “speed up the legalization of bingo halls and casinos”.

Passos, who is member of the same party as Finance Minister, Henrique Meirelles, said: “President Temer sympathizes with the cause. We had a conversation about 30 days ago and he looked favourably on the idea. I am optimistic and I think that the time is appropriate for legalization of gambling in the country. The majority of members of Parliament that I talk to are also favourable to the cause, but the support of the President will be essential.”

Apart from Alves and Geddel, at least two other Temer Ministers fly the gambling legalization flag in Brazil. For instance, Representative Maurice Quintella Lessa (Transport), introduced a Bill to legalize casinos in 2008; while Senator Blairo Maggi (Agriculture), is the author of the report published in the Senate to legalize casinos, bingo, slots and jogo do bicho. The text was approved in March by the Special Commission and awaits voting by the Upper House.

It’s not news that Latin America’s new largest casino operator Sun International, based in South Africa, and Dreams, based in Chile, have declared their intention to bet big on the region. We know first-hand the investment and operation qualities of Sun International and news of a US$300 million investment kitty has all the makings of a notice of intent in the region, which has many similarities with Southern Africa where Sun operates numerous integrated casino properties.

The news item reporting statements by Claudio Tessada, Dreams Finance Corporate Manager, indicates that investments will be in three markets, Brazil, Peru and Chile: “Brazil is in the process of gambling legalization; in Chile there is much ambiguity from the authorities, so for the moment we will concentrate on Peru”.

Certainly the Peruvian market, with the clearest legislation and working regulations in the region, is treated as a mature gaming market. To date, there is the possibility of investing in Chile in seven municipal casinos where a concession process will reach into the next year.  Brazil, when gambling legislation is approved, will be the market to be in, but legislators still have to deal with the impeachment process against the President.  Therefore, once more, Sun Dreams is spot on.

On May 13, SCJ began the process to grant permits for seven municipal casinos in the country, including the Viña del Mar casino, as well as casinos in six other cities: Arica, Iquique, Coquimbo, Pucón, Puerto Varas and Natales.

Garcia said: “We have been promoting this abroad because this business has been in projection for some 10 years. There is no doubt that Viña is the most emblematic property in this process and there is interest from the Chilean industry as a whole as well as some in Latin America for this market“.

The tender bases for participation in operations of each of the seven municipal casinos vary according to the economic range of each city where one is sited. In the case of Viña del Mar, for instance, there are special conditions which state a bid that guarantees minimum annual payment to the municipality of approx. US$22.4 million.

Amongst other conditions, the Casino must remain in the current building in San Martin Street and that the rental contract includes conditions for maintenance of the grounds, procedure for structural changes and insurance.  There is a minimum investment in casino implementation of about US$7.5 million.

Bravo Multinational Inc. completed an acquisition transaction on May 6, 2016 with Centro de Entretenimiento y Diversion Mombacho S.A., a well-respected and established company with its head-quarters located in Managua, Nicaragua.

In this transaction, Bravo will purchase in total 500 slot and video poker gaming machines, in a part stock and part seller financed transaction. All machines have been fully Nationalized (import taxes paid) and are to be operated under a long-term (year 2033) country wide national licence.

Paul Parliament, Bravo CEO, stated, “We at Bravo are very excited to move forward with this aggressive project for which we see very positive future rewards. Also, the many additional doors it will open and the foothold this will establish for BRVO in Nicaragua is extremely promising. The current economic climate in Nicaragua is very positive with data showing in 2015 an economic growth rate of 4.9% driven by high growth in the construction and manufacturing sectors.”