There’s no let up with the expo and conference season in Latin America, which just trundle on. We have Gianna Borden representing us at Juegos Miami, which opened on May 31 goes till June 02, with a programme of seminars on day to day land- based and online gaming in the region. Important industry leaders that will show samplers include: Novomatic, Ainsworth, Aristocrat, CPI, DLV, IGT, Quixant, Scientific Games, Zuum…

The week that follows is the turn of the Caribbean Gaming Summit 2017 on June 14-15, in Montego Bay, Jamaica and the week after PGS 2017 in Lima, with the promise of becoming the leading gaming show in the Latin American region. Then on June 26-27, the Brasilian Gaming Congress in Sao Paolo will highlight increasing expectations regarding the progress of casino legislation in this countr. We will be bringing you the latest news about this large and potential market. 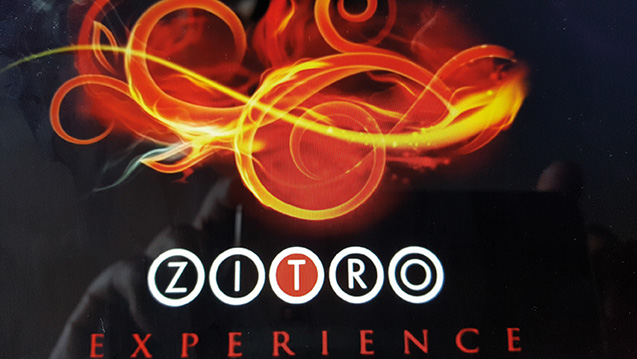 The most interesting event of the month, however, is in Mexico with the now-famous Zitro Experience, where Johnny Ortiz, President, and Sebastián Salat, CEO of Zitro, will host a unique event in the gaming calendar with all the exuberance of a true Mexican fiesta and the glamour of a Hollywood spectacular. See you all there!

One of the gaming events of the year was reported by Brazilian daily O Globo as such, when American casino magnate Sheldon Adelson visited the Mayor of Rio, Marcelo Crivella, during the first week in May. According to local reports, Adelson, principal shareholder and Chairman of Las Vegas Sands, would be prepared to invest hundreds of millions of dollars if Brasil legalizes casinos.

It has been 70 years since casinos were banned in the World’s eighth global economy, and the appearance of Adelson in this great country echoes the interest of such investors to bet on making Brazilian casinos a reality. Also reported to have been visiting Rio was James Murem, CEO of MGM Resorts, based in Las Vegas.

It is not a secret that the list of companies interested in casino operations and integrated resorts in Brazil continues to grow every month and this includes legendary Caesars Entertainment Corporation, owner of Caesars Palace, icon of Las Vegas Strip casinos, whose executives have already visited the country.

And apart from the North American heavyweights there is also interest from Estoril Sol, Portugal, property of Stanley Ho of Macau casino fame; Casinos Austria; Hard Rock International; and other world gaming leaders are getting ready to fight for a slice of the great Brazilian gaming market.

However, on the face of the interest shown by operators, suppliers, and the entire global gaming industry, casino legalization in Brazil is a topic surrounded by controversy.

Opposition to casino legalization in the country is based in groups with the same old and debunked arguments related to money laundering, organized crime, drug addiction, and prostitution. In a country like Brazil, where all the crimes numbered above are included in the mega Car Wash scandal, which has involved practically all and sundry including many in politics and business.

The fight for the legalization of casinos in Brazil will be difficult, although the Government is convinced that gaming legalization will help with the development of the economy. According to Rep. Elmar Nascimento, President of the Special Commission on Gaming, casino legalization would mean investment of some R$80 billion, some US$25 billion.

The privatization of Lotex is part of plans by the Government’s National Plan for Privatization (PND, Brazilian acronym) as part of the restructure of state bank Caixa National to be sold by the Banco Nacional de Desenvolvimento Econômico e Social (BNDES).

The federal Government relies on the privatisation of lotteries to double revenue collected from the Brazilian gaming sector, in the knowledge that there are global companies with experience in the operation of electronic lottery gaming worldwide. The government economic team wants to bring investors to the Brazilian market and believes that the volume of revenue from taxes from lotteries can double up quickly from R$6 billion to at least R$12 billion, to help strengthen the Treasury in the coming years while public finances remain in red.

The lottery business, which is currently a monopoly operated by Caixa Econômica Federal, has been divided by the Government into two companies to be auctioned promptly: Lotex (instant lottery, such as scratch cards), which is already in operation in Brazil; and sports betting referred to locally as “SportBeting” (also categorized as a lottery allowing score forecasts in sport events through internet, etc.).

However, Brazil must resolve the political corruption problems first. As has been widely reported in this column and elsewhere, the political situation in Brazil has been mired in corruption that lately has come to involve current President Michel Temer, himself a replacement of disgraced former President Dilma Roussef.

Just before going to press, Temer’s public support in the polls had gone down to 10% acceptance, with popular demos growing by the day in cities like Rio, where the political corruption shadow does not augur well for new gaming legislation in the country to come to the fore of the legislation agenda.

On 16 May Enjoy S.A. sent an official notice to Chile’s Superintendencia de Seguros y Valores de Santiago, on issue and placement in the international market, under legislation and regulations of the US Securities Act of 1993, “guaranteed long-term bonds for the sum of USD 300 million, which fall due in May 2022, at an initial interest rate of 10.5% per year.“

The document signed by Gerardo Cood Schoepke, CEO of Enjoy, confirms that money raised by the bonds will be used “for the following purposes: (1) financing purchase of 55% of the shares issued by Baluma S.A. owned by Baluma Holdings S.A.” Baluma is the company that owned 55% of the Conrad Hotel Casino in Punta del Este, Uruguay, which Enjoy operates as owner of 45%, acquired from Baluma in 2013.

Enjoy will allocate part of the funds from the sale of bonds to other financial purposes to refinance other liabilities of the company. However, it was the purchase of the remaining 55% of the property in Punta del Este which is the highlight of this bond issue, as this gives the Chilean company full ownership of the iconic Uruguayan property.

The Panama Association of Gaming Operators (Asaja – on Spanish acronym) has submitted a proposal to the Government to prevent local casinos from falling into a vortex of revenue loss because of tax wrongfully applied to patrons, who must change gaming chips or coins at casino and slots operation cages in the country, regardless of losses they have incurred during their entertainment experience.

The 5.5% tax applied to such changes was imposed in mid- 2015 and since then gaming and hotel revenue in Panama gambling properties and hotels has suffered a considerable decline.

The ASAJA’s proposal gives three ways to end the tax on casino gaming tables, which are the most affected. The first proposal is to remove the tax altogether; the second is to apply tax only to players’ winnings; and the third proposal is to distribute tax between 10 economic activities that pay less taxes in the country.

The President of ASAJA, Antonio Alfaro, said that about 3,000 jobs have been lost in Panama’s gaming sector already, and that the main players in this sector forecast a panorama without signs of recovery and the development of a deficient activity that is not sustainable. He added that some casinos have reduced operations and others have sold their licence to businesses that handle smaller operations.

The tax that affects the gaming sector and impacts also on State income has seen revenue in Panama gaming reduce from 2014, when it generated US$96 million, to 2015 gaming revenue decreasing to US$82 billion. In 2016 this was reduced further to US$79 million. To date, gaming revenue in 2017 is at US$25 million.