There are almost no journalists left who feel shame for the affront of cynicism, corruption, or blatant daylight robbery against simple everyday values which fall like a slap in the face of everything taught diligently by decent parents in the daily grind of preparing us to make our country better, and our future.

In Peru, one man does battle, as he says, “in search of the elusive truth,” with all the anger of a citizen wounded by corruption and maladministration of a country. César Hildebrandt publishes the political weekly “En sus Trece“, title loosely translated as “Digging in his Heels”, which alludes to the 14th century Pope Luna, who stubbornly stuck to his position. This Hildebrandt does with lucid and non- compromising editorials in the face of an advertising boycott.

The objective of this reference is to try to understand the situation facing online business MisionBet in Argentina, where the sparks begin to fly after closure of this legal online gambling site and the interest that has caused this sorry episode. We will try to post content on what is happening in Misiones province, beginning with an item below.

As we write these lines, we are between Lima and Mexico covering industry events and counting on friends to support our efforts in Sao Paolo, where BgC is scheduled for the last week in Jun. We hope that there are new developments on new Brazilian gaming legislation so that we are able to report on this in our next edition.

Well, after June’s marathon events and a corresponding break for all concerned, the next regional event is SAGSE Argentina, the great Latin American expo which turns 25 this year. So far already more than 80 exhibitors have confirmed their presence including, as always, the leading companies in the industry. However, we will be in Las Vegas before then for G2E 2017. Be seeing you all there!

The resumption of the licensing process will enable current municipal casino operators as well as new bidders to enter the race to operate casinos such as Viña del Mar, presently operated by Enjoy S.A., which to date is second in gross revenue receipts in the country.

According to the latest figures issued by the Superintendence of Casinos for the month of April, total recorded gross revenue was $38.979 million (pesos), or US$58 million. Sun Monticello casino maintained leadership with 17.7% ($ 6,908 million) of the total, while the Casino of Viña del Mar remained in second place with 11.6% of the total at $4.521 million. 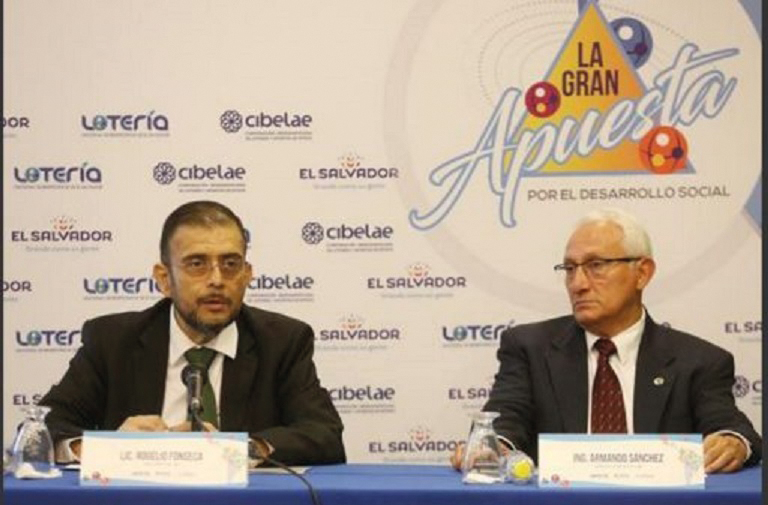 A local report last month revealed that El Salvador’s Loteria Nacional de Beneficencia (LBN) is working on a legislation project to regulate casinos, lotteries and other gambling games in the country. One of the principal legal items would be the creation of a regulatory entity to control some 26 casinos in the country that do not pay state gaming taxes.

Rogelio Fonseca, LBN president, said then that the gaming legislation draft they were working on would be presented to the Executive accordingly and that the paper included overall casino controls that would include even LBN.

Misiones Province Lottery President denounced a manoeuvre from the Argentine Football Association (AFA) and other interests linked to the gaming sector for aiming to keep control of Internet gambling, a multimillion dollar business running more than 2,500 websites, mostly illegally, in Argentina. Eduardo Torres, president of Misiones’s Instituto Provincial de Loteria y Casinos (IPLyC), made this comment after a judicial decision closed the provincial gambling platform, which is regulated by IPLyC.

Torres was pointedly making his comment aimed at Buenos Aires prosecutor Martín Lapadú, who in the last week of May ruled for closure of the online betting site www.misionbet.com.ar “for organizing and promoting gambling without the corresponding authorizations,” as well as placing a stop order on IPLyC’s bank accounts “totalling US$28 million”.

Local Misiones province reports said that: “while the prosecutor continued his order of blocking the www.misionbet.com.ar site, there were seen advertising spaces in Argentina’s state TV on Sunday (June 4) during the racing programme covering Turismo Carretera (TC), with the promotion of Cup and other sports activities by gambling site www.milJugadas.com”.

During a press conference, Torres said: “This is what we were referring to when we talked about the extent of Prosecutor Lapadú’s decision that affects the interests of the Misiones Province Lottery, specifically the Misionbet webpage. Those who saw the race – at the Autodrome Rosamonte in Posadas Province – through the state Television screens were able to see from the advertising that the Cup was promoted and a company CEO was explaining the activities of Sunday so that people could bet on the races or football on the day for matches (River, Boca, San Lorenzo).

When asked if there could have been a concertation of parties on Loteria Nacional’s court case against the MisionBet website, Torres replied: “If closure of the Misionbet site came about from a judicial report by AFA, I have to ask, why did this organization not report all other web pages like Miljugadas or Bwin? (It seems to me that they) are concerned only that a legal local provincial lottery operates this kind of betting and they are not worried that all those foreign companies operating overseas do the same, for which they do not merit any kind of complaint?

“Why does Loteria Nacional accept and take up the AFA judicial complaint (against the Misiones province webpage) and does nothing against clandestine pages that are visible to all and act against us, using a bet made by prosecutor Lapadu’s very own secretary? We are talking about a lottery that belongs to a state of Argentina, here. We are amazed by this type of behaviour and we believe that it is no coincidence.”

Once again, Torres asked: How could it be that we are fighting each other for gambling revenues, and still allow illegal gaming that commits massive tax evasion? How can it be that everyone talks about gambling addiction and nobody checks the illegal webpages to see if minors or problem gamblers take part? It is time that we put a stop to the hypocrisy prevalent on these issues and begin to address the problems as they are“.

Torres confirmed that the Misiones Province public judicial case is “against Loteria Nacional, AFA and Prosecutor Lapadú, the three parties that acted on the court case to close the Misiones Provinces legal gambling website, and who are responsible for the blocking of the page and business of Misiones IPLyC. What we want is that all three act on all the pages that operate online sports betting. We do not ask for anything more.“