We were up and down Latin America with the Casino International team reporting on eight events between the end of April and June; from Bogotá to Panama, then Miami and Lima and onto Mexico. We could not cover Montego Bay in Jamaica and Sao Paolo, although we received reports from these events.

In this issue we make special reference to the spectacular Zitro Experience, held on June 28 in Mexico City, where we were invited by Zitro. Johnny Ortiz, President and founder of this thriving company, an up and coming global leader, spoke about his personal business experience plus the 10 years since founding Zitro, which is quite extraordinary.

“CGS2017 concluded after many months of diligent work and combined efforts by our team, which operated from different locations. Our team in Peru, Jamaica and Miami did a spectacular job working hard and long hours, hand in hand with the team of the BGLC (Betting, Gaming and Lotteries Commission) of Jamaica, who were our main sponsors and great supporters,” said Elizabeth Leiva.

On other matters, Colombia is the first LatAm country to regulate online gaming and to start to block pirate websites. During PGS in Lima, Peru’s Minister of Tourism said that online regulations were at an advanced stage. Brazil, though, just seems be stuck in nowhere land, but we hope that local legislators prove us wrong and for once and all pass gaming legislation for the general good.

The more than 60 people registered who attended the international seminar “The Great Bet on Social Development,” hosted by CIBELAE and the National Charitable Lottery (LNB) of El Salvador, agreed on the excellent organization of the event that took place last June 22 and 23 at the Crowne Hotel in San Salvador.

Prior to the training session, 14 CIBELAE members were received by the President of El Salvador, Salvador Sánchez Cerén, with whom they exchanged views on a gaming regulation bill in which the National Charitable Lottery is eagerly working in order to regulate and manage all games of chance in the country.

“The meeting was very interesting. Meeting with a President is never easy; however, he was kind enough to meet with us. People were very surprised because he received the Board of Directors in full; we were 14 people and we talked for nearly an hour,” said the LNB President, Rogelio Fonseca, who further said that “this was a very friendly meeting. The President is a very calm and communicative person; he prefers to listen and listened to each and all of us and predicted much success for us both, CIBELAE and the National Lottery, in the future.”

Luis Gama, CIBELAE president, said: “This is our first time in El Salvador. The event organization was excellent, there were first-class speakers, and the National Lottery presented its legislative bill which caused controversy, debate and raised doubts, and that was very good. I think that the roundtables were very well formed and a region-wide overview was given on a topic that Rogelio Fonseca has greatly emphasized from his Lottery and within the Corporation, i.e. social development, which is a very well-chosen subject.”

The Brazilian government’s calculations on the value of Lotex lottery tender has seen a strong reduction in recent weeks, generating concerns over the real cash the Government would get following their proposed tender for the former “scratch cards” product.

The economic team working to finalize the tender rules, having November as the target date, has two alternatives under discussion for the privatization of Lotex, with a direct concession to the private sector as front runner. However, as the amount expected now is well below the R$2.2 billion that the Government had anticipated when it included the Lotex sale in their investment Partnerships Program (Programa
de Parcerias de Investimentos – PPI), there is some soul searching as to whether to look at the alternative preferred by others in government.

As consultants hired to value the Lotex sale have stated, the value calculated has dropped to below R$400,000,000 for a 15-year concession. This has prompted new sets of numbers changing the previous criteria, which includes raising the period of concession to 25 years hoping to take the Lotex sale value to about R$1 billion, or 50% of the government’s initial target. Needless to say, there may still be further reviews because the process has not been completed.

However, calculations on the Lotex sale has meant that the presence of the Caixa as part of the business has reduced the minimum value expected for the Lotex sale. Nonetheless, defenders of the State institution dispute this view, stating that the Bank has a network of 13,000 jobs, as the lottery is present in all of Brazil’s municipalities, and this could reduce the investment and operating costs to whoever enters as private partner in this market.

News on illegal gaming operations continue to arrive from Argentina and aside from reporting on progress against illegal casinos, both operators and authorities hold different points of view on many gaming items, even if both agree on closure of illegal betting and casino operations. In the City of Buenos Aires, illegal gaming was proscribed as a criminal act from 2016.

Nonetheless, it is the power play for control of the two floating casinos in Puerto Madero, in the Centre of Buenos Aires, which fills gaming title front pages these days because no one really knows what fate will follow floating casino “La Estrella de la Fortuna“ and its younger sister “Princess”. 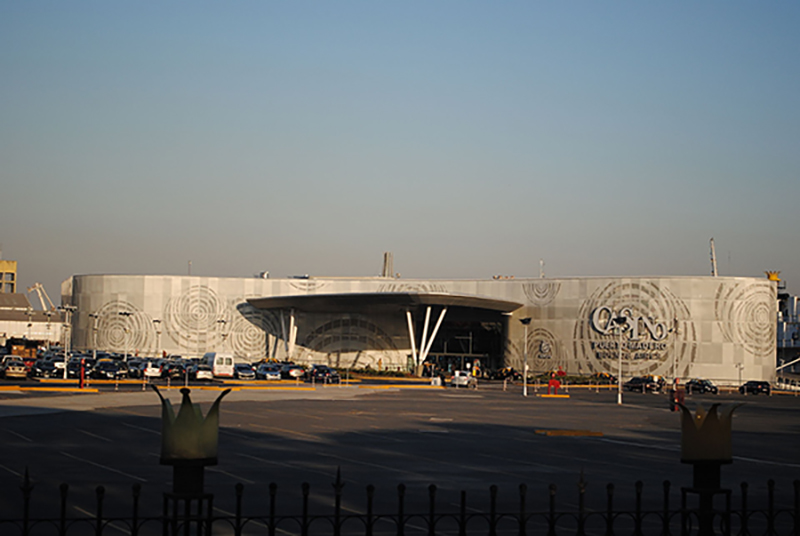 The floating casino concession was granted by the Argentine presidency under maritime law which for many years has left a bad taste in the mouth of the administration of the City of Buenos Aires. This concession, which now comprises two floating ships, expires at the end of 2019 and may not be renewed because gaming in the Argentine capital is now under the City of Buenos Aires executive. Officials in charge of negotiations for transferring gaming control from the Nation to the City have begun to evaluate the possibility of nationalizing the floating gaming centre, called by some, “the lucre centre”.

According to reports, on the basis of the constitutional restrictions there are only two possible alternatives: the nationalization in favour the City of Buenos Aires or closing the Puerto Madero casino vessels. One of the reasons in favour of nationalising the floating casinos is that they employ some 2000 people, as well as the loss of revenue that Buenos Aires needs from gaming taxes, which would disappear overnight.

From Buenos Aires, Government spokesmen have said, “Nothing real has been decided, but the matter of nationalization is under constant scrutiny because of the funds that help support the City.“ Closing the floating casinos would be, for now, “the least desired alternative”, especially now that casinos taxes have increased from 20% to 30%.

Since control of casinos and overall gaming was passed to the City of Buenos Aires, the executive has created a new institution to supervise control, called Lotería de la Ciudad de Buenos Aires Sociedad del Estado (Lotba), which will have control over the 6,000 slot machines, and 1,270 lottery agencies operating in Buenos Aires territory.