With lots of activity in the gaming industry Latin America has continued to make progress, mainly by the presidential decision in Brazil to sell Lotex – on which a brief note below. Much more important, however, is the report from our colleagues in Brazil, where gaming legislation is moving forward.

Colombia also shows industry advance as Coljuegos, the gaming regulator, continues its programme of Pact of Legal Gaming, signing agreements with provincial Governors across the country, which enables the shut down and confiscation of thousands of illegal slot machines as well as devices for illegal sports betting.

The progress of regulated gaming in Latin America is no longer confined within the region’s borders, and investment in the region is now already appealing for global investors such as private capital fund Advent International, which has reached an agreement with the Martinez family, main shareholder in Chile’s casino company Enjoy S.A., for allocation of “new shares” issued on 16 September. The agreement between Advent and Enjoy would pass majority in the company in favour of the North American investors.

And so, we get to September and have a month to prepare for our annual visit to G2E, in Las Vegas in the first week of October, where we will see the latest developments that the gaming industry has in reservation for us all. See you all there!

Casino legalization in Brazil took a step forward on Wednesday 23 August, when Senator Benedito de Lira, proponent of bill PLS 186/2014, filed the thoroughly favourable report to the CCJ (Committee on Constitution and Justice), where full gambling activities are recommended for approval. The next step is for the bill to be included in the CCJ agenda for debate and vote by the Commission before being sent to the Senate plenary for a final vote.

Senator de Lira delivered the 49-page report in favour of full gaming legalisation in Brazil, under legislative
conditions. Project PLS 186/2014 was duly reviewed by the CCJ committee, which approved all legislation conditions in the draft before being made available for consultation.

Now the CCJ commission will study the report and will be able to suggest changes. If changes are needed, the text returns to the proponent for inclusion of proposed changes before returning back to the CCJ commission. If changes are not needed, the report can be voted by the Commission, and if approved PLS 186/2014 is sent to the Senate for a final vote by the plenary.

There is no deadline for inclusion of the project in the CCJ agenda, as this is a decision of the CCJ President, Senator Edson Lobão, who will decide in accordance with the progress of other legislation projects to be considered by the Committee.

Senator Benedito de Lira favours legalization and operation of casinos in Brazil, and has stated that this economic activity could generate taxes for Brazil, which is in dire need of income at this time. Senator of Lira said that gambling is legalized in 156 countries, and those that still prohibit the activity are Muslim countries.

“I find it interesting that the National Congress condemns the activity, based on reports of money laundering, crime and (drug) trafficking, and doesn’t take note that gambling is openly illegal in the country where everyone gambles in illegal lotteries, as well as the official ones,“ said the Senator de Lira.

In a sales package of State companies for sale to the private sector, President Michel Temer announced the sale of the instant lottery known as “raspadinha” operated by state bank, Caixa. Previously, the Government had decided to carry out a public auction so that the lottery can be administered through a private concession.

There is interest in Lotex from major international companies in the industry such as IGT, Scientific Games and Intralot. These companies are waiting for the official tender publication, which should be by October. 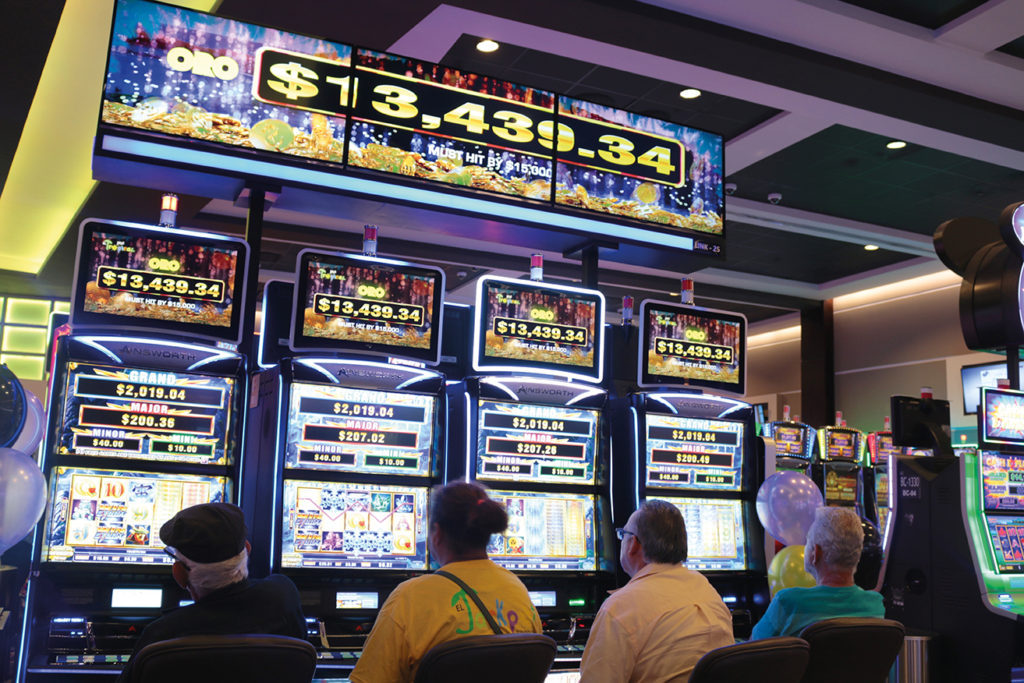 “El Jackpot Tropical offers a unique playstyle for the Puerto Rican public including features such as sharing a grand prize between three halls, thus providing opportunities for the players to win bigger jackpots more often,” said Pedro L. Ortiz, Deputy Regional Controller for H.I. Development P.R. The wide area progressive “El Jackpot Tropical” is an innovative product that allows increased opportunities for prizes throughout several casinos. With its crafty mystery theme, it features 1 level of an interconnected jackpot, a local jackpot, and a standalone jackpot. Presented in the new A600 cabinet, it carries on Ainsworth’s legacy and incorporates the extensive knowledge and innovation of the AGT brand into a new product for its casino partners. The A600 cabinet features Ainsworth technology including larger screens, dynamic lighting effects, a touchscreen LCD keypad, and a brand-new line of games.

“We are pleased by the continued support of our customers, which allows us to develop specific gaming solutions to meet market demand,” said Ainsworth’s President for Latin America, Miguel Cuadros.

Ainsworth believes that the development of wide area progressive jackpot operated by the new A Link controller will enable them to remain competitive in the Latin American region. AGT is confident that favourable statistics in the region are proof that the revolutionary strategy they have launched in the Latin American market has paved the way for continued success.

The Mexican gaming industry is preparing the “First National Gaming Industry Convention” (Primera Convención Nacional de la Industria del Juego) in Mexico City, to bring together businessmen, authorities, academics and industry gaming experts. Although there is no exact date for the event, it would be in mid-October.

The Mexico gaming market has a reported value of US$10 million. Some 33 licensed gaming companies operating 320 casinos would participate in the first edition of the Convention, where industry leaders will debate both live and online sectors, security, and the gaming tax issue.