We arrived in Las Vegas a day after general grief overflowed from this lively city. On Sunday night, an assassin’s billets had rained over an innocent crowd enjoying a music festival and covered the night with a heart-breaking mantle. When we arrived on Monday night, we knew that the route from the airport to our hotel in Flamingo Road, passing by the Mandalay Bay Resort and Casino along Las Vegas Boulevard would be closed. Near the crossing with Russell Avenue, we could see the yellow lights of police vehicles and security and signs that diverted the course of our journey. The rich golden lights that adorn the giant colossus that is the Mandalay Bay tower remained illuminating the night against the yellow flicker of the relief vehicles.

Twenty four long hours had gone by since the murderous shooting of unsuspecting festival revellers and the night of the city that doesn’t sleep was tinted with unease, unknowing that the tears shed on Sunday 01 October would stay not only in Las Vegas but would cover the world. Those who have lived similar tragedy, experiencing the death of innocent people, know that explanations are futile and that praying such crimes do not happen again elsewhere barely helps to mitigate the pain. Sympathy and support arrive from everywhere to those who have lost loved ones, although nothing can be sufficient to alleviate the grief. 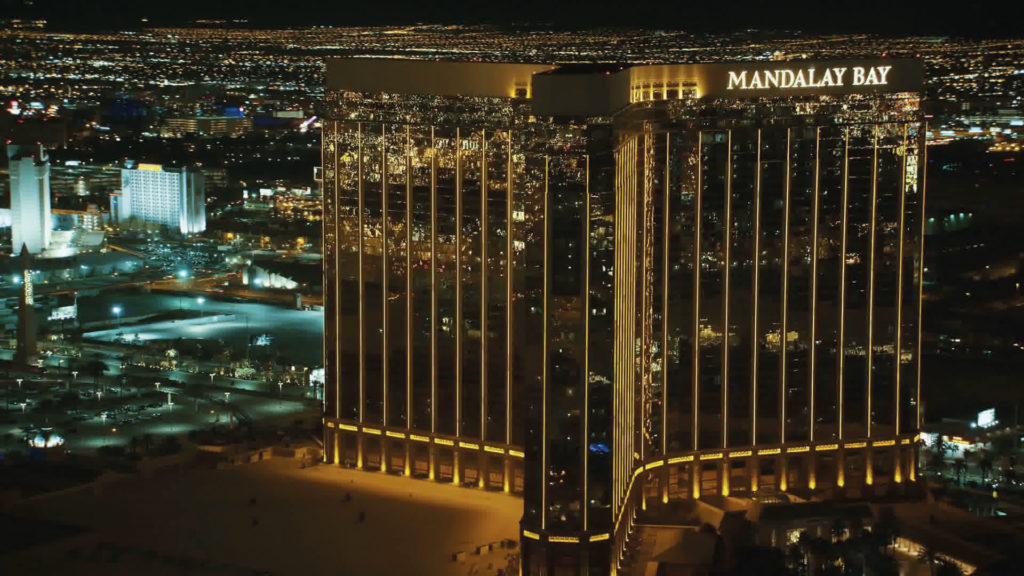 What matters most when such tragedies unfold is the strength and the deep generosity of the folk at hand. This we saw in Miraflores, Lima, when terrorist devastation and death befell Calle Tarata, a little more than 25 years ago, and we have seen it in Las Vegas, also. The gaming industry the world over has expressed its support and economic help to the victims fund, and almost all the companies in the sector, both national and foreign, have also demonstrated solidarity with the victims and the city. G2E 2017 opened its doors on Tuesday 02 as scheduled,

with a strong number of visitors in the early hours of the show. We end this note with the words of Reed Exhibitions, organisers of the Global Gaming Expo G2E, and the American Gaming Association, joining them to add, “Our prayers are with the victims and the people of Las Vegas and Nevada”. When we left Las Vegas, passing once more by the Mandalay Bay, we knew that the sadness that continues to affect this city came along with many of us, taking this to every corner of the world.

The Superintendencia de Casinos de Juego (SCJ) has restarted the municipal casino licensing process for the seven cities in the country with casino concessions: Arica, Pucón, Natales, Iquique, Coquimbo, Viña del Mar and Puerto Varas. The SCJ has set different dates for the reception of casino applicants’ technical and economic bids, with offers received from mid-September for the examination process by government agencies and the regulators of Chile’s gaming industry. Leading companies in Latin American gaming such as Sun Dreams and Enjoy S.A. have submitted bids for several municipal casinos and it is expected that the license for the best of all, the Viña del Mar casino, will be fiercely disputed by the candidates. Offers have not been made for the municipal casino of Arica, where the brand new luxurious Casino Luckia opened recently. We’ll keep reporting on this exciting gaming process.

The director of economic development of the municipality of Montevideo, Oscar Curutchet, announced to the press that the Municipal Administration will acquire slot machines for US$500,000($15 million pesos), for the Casino Parque Hotel operation. Curutchet’s comments followed reports on low revenues from Casino Parque Hotel, which in 2016 grossed the equivalent of $15.3 million (pesos), instead of the $21 million pesos as was budgeted. To assuage criticism of officials from local operators Casinos de Montevideo on investment policy at the Casino, which stated that the “management of Casino Parque Hotel has during 2016 adopted a policy of disinvestment to almost zero, minimum costs with staffing levels reduced to a minimum.“ However, Curutchet replied that there is “no policy to close the casino or anything that looks like that“. 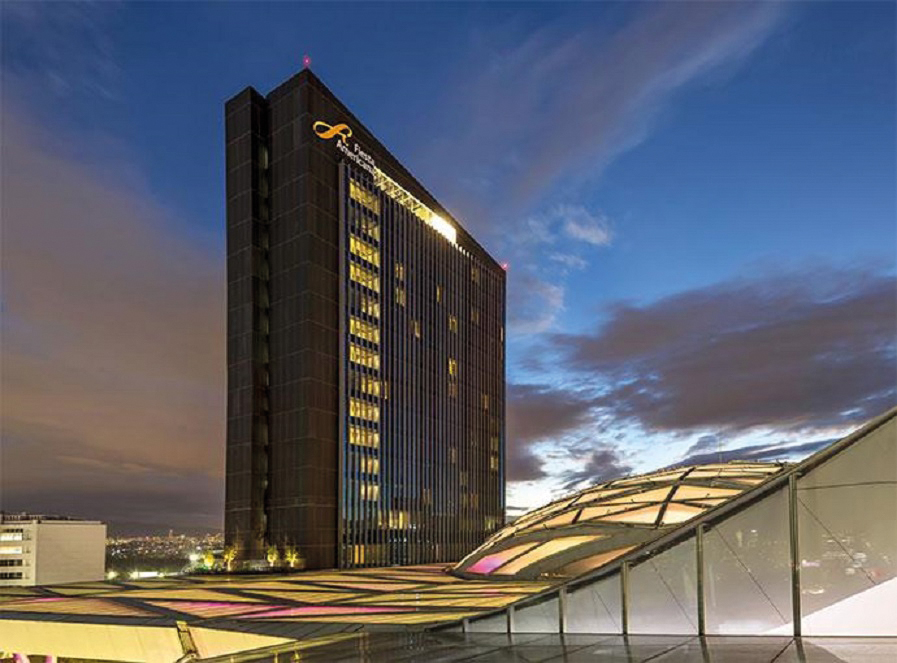 A section of the First Government Report, by the administration of the State of Tamaulipas, which was presented to Congress on 29 September by Governor Francisco García Cabeza de Vaca, informs of the shutting down of 29 illegal casinos and betting centres throughout the State and the confiscation of 2,000 slot machines. The report also deals with the shutting down 249 illegal shops of different businesses, located in 25 out of 43 municipalities in Tamaulipas state, pointing out that the measures on security adopted by the State Government are one of the strategies to cut off sources that finance crime.

Nonetheless, the Tamaulipas governor is keen not only to cut such sources of criminal funding but also, owing to the nature of cash movement in gaming, urged the creation of a new gaming law to avoid such criminal activity businesses disguised as casinos continuing to be used to finance organized crime. There is little else that one can say about the urgent need for Mexico to approve legislation to modernise controls on so-called gaming and ruffles rooms, which as de facto casinos in the country can be used by criminal elements in some states such Tamaulipas. To date, gambling in Mexico operates under a Federal gaming and lotteries law passed in 1947 and an added piece of regulation to this law, which was irresponsibly created in 2004.

In mid- October the 1st Convención Nacional de la Industria del Juego 2017 will take place in Mexico City, which aims to help “design a genuine State Policy for the gaming industry.“ The event has the total backing of manufacturers, suppliers, gaming business media and local authorities, with the objective of creating dialogue and high-level communications related to various items of great interest to the Mexican gaming industry. During the event a most important round table will take place, titled: “Challenges and Opportunities in the Gaming Industry in Mexico.“ The moderator will be Alfonso Perez Lisaur, president of Asociación de Permisionarios de Juegos y Sorteos de México (APJSAC) and with the participation of Luis Felipe Cangas, director of the Mexican regulators Dirección General de Juegos y Sorteos; Miguel Ángel Ochoa, president of Asociación de Permisionarios, Operadores y Proveedores de la Industria del Entretenimiento y Juego de Apuesta en México (AIEJA) and Carlos Carrion, president of the Asociación de Fabricantes de Juegos de Azar (AGEM). The First National Convention of the Gaming Industry of Mexico will be held on 17 and 18 October at Hotel Fiesta Americana Mexico Toreo, in Mexico City. Mexico has 320 casinos operating out of 691 duly authorized and 33 licence holders who operate 90,000 gaming machines throughout the country.