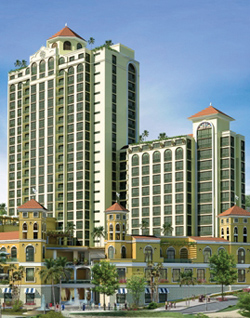 Just a few words to congratulate the society Carrasco Nobile, formed by Spanish gaming leaders Grupo Codere and French hotel chain Accor, on the opening of the Sofitel Montevideo Casino Carrasco & Spa on 6 March, in a 21st Century version of legendary Uruguay Hotel Carrasco that was closed in 1997 after 76 years of uninterrupted service. We shall have a full report on this great Latin American gaming event in the May/June edition of our sister title CI Americano.

Also in that edition we shall report on the CGS 2013 that took place in the Dominican Republic in mid-March.  And as we are rushing to get to Bogota in good time for FADJA 2013, all we have to say is that we’re real sure that this year will be another great success for this show and for sure we’ll have a great time in Colombia. See you there!

There are 67 licensed properties that operate slots in Panama, and 48 are located in Panama Province. In addition to this, this year three new casinos will open in the capital city, not counting two other licence applications already approved by the JCJ for operattions at  Ritz-Carlton and Sortis hotels.

Within this context of growth in the Panama gaming industry, regional expo SAGSE Gaming Panama 2013 will take place in new headquarters and dates – May 8 & 9 at  the Hotel El Panama Convention Centre. Industry leaders feature at the Panamanian game event showcasing in a market that only last year registered the highest gaming revenue increase over the past 11 years.

There are 17 full casinos in Panama and nine of these operate in the capital city. This number will increase this year when three new casinos enter the market. The first will be located at the Hilton hotel and will be operated by US company Nav-Panama LLC; the second, at the Royal Sonesta hotel, under the administration of Club Flush Entertainment; while South African leader Sun International will operate a high end casino at the new Trump Ocean Club Hotel.

Peru – Egasa opens new Luckia
Casino brand
On March 7th the new Luckia casino opened its doors in Lima. This new opening marks the beginning of Egasa’s activities in Peru, and is framed within the ongoing process of international expansion development by the Spanish gaming group. The new Luckia casino is located at the Mega Plaza Shopping Center in Los Olivos district, north of the city centre. It is also the first to operate under the Group’s new trademark: Luckia.

This casino is the third opened by Egasa in Latin America, following Antay, in Copiapó (Chile) and Malibu, in Bello (Colombia). The Peru project has generated 153 jobs and represents an investment by the Company of €6.7 million.
Egasa has embarked on an expansion plan with operations also in Panama and Croatia, and launched its LUCKIA brand on February 20th. Under this new image and name, EGASA offers the public gaming and entertainment experiences in land-based properties as well as offline and online, under one sole brand.

The suspension of permits concern remote betting halls and lottery gambling properties, as they are referred to in gaming legislation, but are de facto casinos, owned by companies Exciting Games and Producciones Móviles. Permits for use by these companies were granted by former Government officials accused of corruption, who issued amended permits granted to EMEX for the operation of 94 casinos in the country.

Last month EMEX had informed the authorities of the judge‘s order to cancel the gaming permits to the above companies based on ruling of case DGAJS/SCEVF T-06-2005 at the Nueva Leon Court. The permits issued to EMEX by the Interior Ministry to operate Remote Gaming Halls (Casinos) in Mexico had been used to issue new permits to the two companies by adding different suffixes to the original permits and make them seem legal.

Dominican Republic – UK’s FOBTs come under fire in the Caribbean
Last week as Keynote Speaker at the opening of the Caribbean Gaming Show & Summit – CGS 2013, at the Hard Rock Punta Cana Hotel & Casino in the Dominican Republic, Jess Chavez, Director of Casino Operations at the property, delivered an indictment on “poor and controversial legislation that has paved the way for the installation of so called Fixed Odds Betting Terminals – FOBTs” in the United Kingdom.

Comparing gaming legislation between first world UK and the Dominican Republic, Chavez was clear about congratulating the local Government and the Dirección de Casinos de Republica Dominicana for having the foresight “a few years ago, to make changes to the country’s gaming legislation and prohibit gambling machines from betting parlours or “books” as they are known in this country.”

Before changes to current gaming legislation in the Dominican Republic, in 2010 Class 3 gambling machines were installed in betting shops, locally called “books”, throughout the country. Gambling on these gaming devices was practically unrestricted and without any regulators’ supervision.

Chavez added: “Needless to say, unregulated gambling is a recipe for disaster, not only for the gaming industry, which is the victim of unfair competition, but for the country, as the vulnerable – children and problem gamblers – are exposed to the dangers of economic loss and social isolation.

“I am conversant with the problem of unregulated gambling because something similar is happening in my own country these days. In the UK poor and controversial legislation has paved the way for the installation of so called Fixed Odds Betting Terminals – FOBTs – in traditional betting shops that operate in the high streets.

“Under the FOTBs euphemism, bookmakers operate unsupervised gambling machines in betting shops in the UK and this has created a big social problem in the country, with a rise in problem gambling the like of which has not been seen before.

“FOBTs hardly existed in the UK a decade ago but now there are thousands of them in the country – and they account for 80% of bookmakers’ turnover. This is a direct consequence of the Gambling Act 2005, which sadly fell short of the industry’s expectations of a better regulated industry. Instead the Act has allowed the proliferation of FOBTs, which, as one expert put it, “is ruining the high street and people’s lives.

“In 2012 punters visited 1,251 betting shops and put £5.6 billion into 4,454 FOBTs, netting the bookmakers millions of pounds. Reportedly problem gamblers contribute around 20% of that money, gambled in what has been dubbed the “crack cocaine of gambling”, with quickfire casino games that allow players to stake up to £100 on a 20-second spin of the wheel.“

Chavez added, “Not that I am against great gambling products, but everything in its right place and well regulated in a responsible way, as we do in companies like our own and our colleagues in the Dominican Republic.”