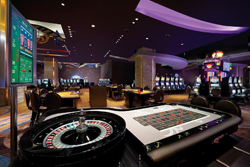 June has been a very busy month in the Latin American calendar owing to two events in the region: CIJUEGO Perú 2012 y SAGSE Panamá 2012; also we just had to pay a visit to Dominica Republic to check out on everything I had been hearing about the region’s first all-inclusive integrated resort offering at Hard Rock Punta Cana Hotel & Casino. We shall be publishing our findings in each of our specialist titles in the next editions. We simply had a mind blowing experience!

In this issue we offer just two items: the first is content as preview of the fiesta that is PERU GAMING SHOW 2012; and the second is something to reflect during the holydays on some disturbing aspects in the Argentine gaming industry, which has caused Moody’s Investors Service to downgrade Spanish gaming giants, Codere’s debt to B2 from B1 and flag down a negative outlook on Cirsa’s owing to the exposition of their business operations in the South American country, after president Cristina Kirchner caused quite a stir with the nationalization of Spanish oil group YPF.

And after this, we shall enjoy a well-deserved break enjoying the Euro 2012 with some great matches in Poland and Ukraine and chilling out a bit before London 2012, where we just look forward to see Jamaican thunderbolt 100-metres ace Usain Bolt and cheer for our other Latin American stars also, and look out for our own gaming representative, FECEAZAR president Baltazar Medina, Colombia Olympic Committee president; and just after pack my chivas en route to Lima for the PGS 2012. See you all there!

We will soon be raising the curtain on one of the most important events for the gaming industry of our region, The PERU GAMING SHOW 2012, which will take place at the Jockey Exposition Center in Lima, Peru August 16th and 17th.
This event that extends beyond the Peruvian boundaries will enter its tenth edition with a lot of history behind it. Having overcome many obstacles along the way but receiving the support and desire from the industry for the show to continue, resulted in the transfer of the trademark to its current owners leading to a 180º degrees change in the operation and direction of the show.
Joe Lopez, CEO Marketing, said: “We can safely say that after having taken our first steps in 2010 with very positive results, we satisfied the expectations of the operators and manufacturers alike. Peru Gaming Show has recovered the markets confidence and the professional work of the team in charge of developing this event helps ensure that this year’s edition will go smoothly and without difficulties of any kind.  The tremendous support given to PGS by the Peruvian Gaming Authority as well as from the numerous gaming associations to our new administration is a clear demonstration that things are going in the right direction.”
The tenth edition of the Peru Gaming Show will take place at a crucial moment in the Peruvian gaming industry, which is at the leading edge of the Latin America gaming industry owing to regulations coming into effect on July 1st that require the installation of on-line systems in all the slot rooms and casinos.  This translates into regulated gaming market with total control and surveillance systems that will make casino and slot room operations totally transparent.
The PERU GAMING SHOW 2012 edition comes with fresh and renovated ideas. Ruben Solórzano, Marketing GM, said: “Our priority is always having excellent quality of service provided for our hundreds of visitors. There will be bus transportation available from the entrance of the show to different strategic points throughout Lima, enabling you to easily reach your final destination.  There will also be taxi service available throughout all show hours for those who may require immediate transportation.  For those wanting to access tourist services, a travel agency representative will be waiting for you offering tours on double-decked buses with panoramic view such as those seen in New York and London.”
Many of the most important manufacturers to the gaming industry will be present and coming from all over the world to exhibit their products and services to the Peruvian market, including: Novomatic, Bally, International Game Technology (IGT), Merkur Gaming, Aristocrat, Konami, Shuffle Master, MEI, Amatic Industries, GLI, TransAct, Xplotion, LabCert, and Odrex, amongst many others.
Also present will be our local manufacturers, vendors and distributors, customs agencies, travel agencies, financial services companies and many others.  This 10th Edition of the Peru Gaming Show will be one of the most visited shows to date, and visitors will surely be more than pleased seeing the latest products and services available to the industry.
Lopez concluded: “We expect that our visitors will also learn many new ideas and hear advice from leading industry experts by attending our conferences. Here they will be able to share time and exchange ideas with executive officers of some of the most important firms in the gaming industry. Adding pleasure to all of the work, we are pleased to invite you to attend our Opening Night Welcome Party featuring live music by one of the most successful bands in Peru. This event will start immediately following the first day of the show and will allow our guests to enjoy themselves into the early hours of the morning with dancing, food and open bars.  For all of this, we are pleased to cordially invite you to join us at PGS2012.”

Amidst growing concern over casino and bingo operations in Argentina on the wake of Cristina Kirchner’s administration nationalization of a significant percentage of Spain’s oil company YPF, Europa Press cites distinguished local newspaper Clarin’s copy: “Argentine Government could nationalize Spanish gaming interests in Buenos Aires”.
Pablo Calvo’s article in Clarin makes an accurate expose of Argentina’s casino regulatory offerings quoting the International Financial Action Group report that says: “There is no competent authority in Argentina especially assigned to supervise regulatory compliance by the casinos. In fact, if the local Financial Information Unit has any punitive faculty it has never imposed any penalty on a casino”. The Group’s complain is on money laundering and other such shenanigans in the casino industry.
However, on the matter of money laundering in casinos, we take side with Manuel San Roman, Peru’s Chief regulator, who in his address at Lima’s CIJUEGO 2012 conference said that in all the years in charge of the country’s regulating agency there have not been any reports of money or assets laundering in any Peruvian casino. Our own experience is that with more than three decades operation casinos from London to South Africa through Colombia, money laundering was certainly not an issue in all our operations.
It is not surprising then that Calvo’s article states that according to the International Financial Action Group’s Suspicious Operations Report in casinos found 2 in 2007, 1 in 2008 and 5 in 2009. The problem about Argentina gaming is not to do with money laundering in the country but in the perception by regulating agencies that gaming in Argentina is controlled by the local lotteries and the political control of these.
Calvo mentions in his article that Buenos Aires Province representative Walter Martello has written in his book with the suggestive gaming title “No more bets” about the close relationship in gaming and politics in Buenos Aires since the administration of ex-president Eduardo Duhalde, as replacement of deposed president De la Rua, for 2002-2003, and who had been vice president to Carlos Menen before the end of the century.
Certainly, there are sufficient reports that question the political control of casinos and bingos in Buenos Aires with pointed criticism of politicians such as ex-president Nestor Kirchner and his association, when he was alive, to Cristobal Lopez, principal shareholder of Casino Club, the largest casino company in Argentina.
Calvo’s article is titled “Casinos for everyone?” The answer in Argentina is provided by a report presented by Jesus Rodriguez, former Minister of Economy in Raul Alfonsin’s administration, and current director of the project The Strengthening of Legislation at the Latin American Social Sciences Faculty, who states: “Last year, the Ministry of Social Development and the Administration of Buenos Aires Province received 184 million pesos (US $41 million) each, that is to say, less than one per cent of the cash played at the casinos and slots machines”.
Nevertheless, it would not be questioning on money laundering in casinos, nor the huge disproportion in the cash generated by casinos and the cash received by the government what could cause changes on the licensing or concession process in Buenos Aires casinos and bingos, but the gross indignation of most of the population who see that casinos only benefit the very few; and reading the comments published in Clarin to the Calvo article, one is sure that some bad mierda is about to hit the fan in Argentina.
As Cristina Fernandez de Kirchner tastes the insular temporary power that nationalization gives a head of state, there are two ways to play in the gaming stakes, either she borrows a page of her dead husband, ex-president Nestor Kirchner and extends gambling concessions to her favourites – NK extended the Casino Club concession at the Buenos Aires Hippodrome casino for 15 years, 3 years before they were due for renewal, as one of the final acts of his presidency – or calls time on local political barons’ control on casinos and bingos by enacting modern gaming legislation in the country, just as it is done in countries like USA, Spain, United Kingdom, Chile or Peru.