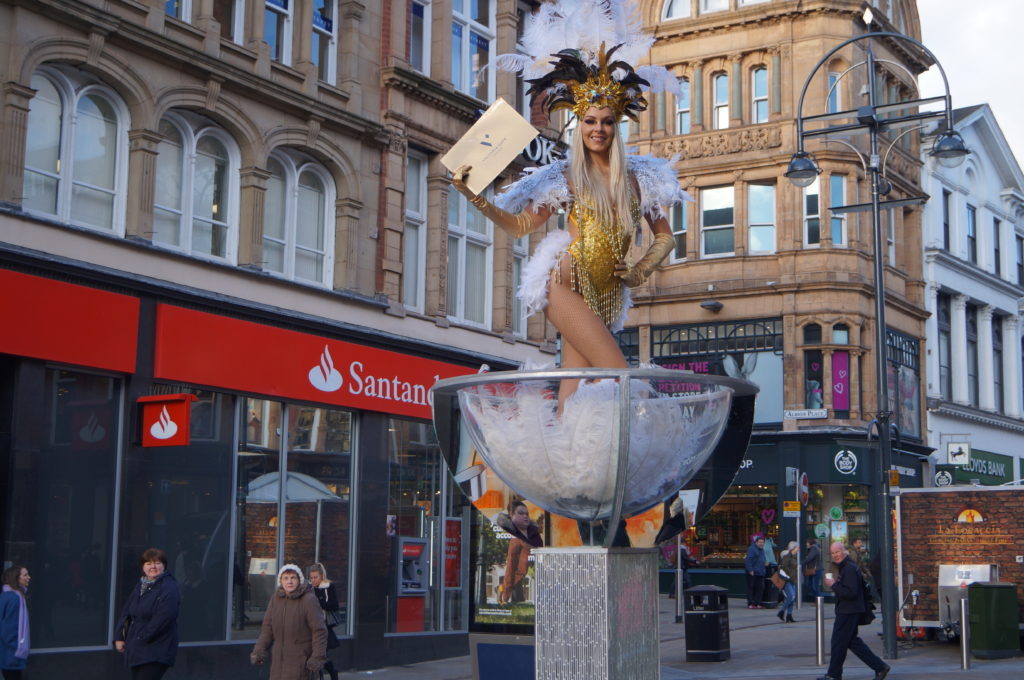 A Leeds-based super casino is set to mark its second birthday with the launch of a quirky new game of bingo and a public-facing treasure hunt.

On Thursday 24th of January, Victoria Gate Casino kicks off its second birthday celebrations by hosting a drag queen bingo-themed treasure hunt across the city centre.

Warming up the citizens of Leeds ahead of its official birthday party two days later, the stunt will see participants invited to take part in a unique treasure hunt.

Following the success of a golden ticket treasure hunt for its first birthday in 2018, this year will feature five drag queens hidden in various locations around Leeds city centre between 12pm and 2pm. Clues on the locations of the drag queens will be posted across Victoria Gate Casino’s social media channels on the day.

10 lucky participants to complete the activity will win prizes including a meal for two voucher in the casino’s glamourous V restaurant, a shopping voucher to spend in Victoria Gate, bottles of champagne, wine and one lucky winner will be awarded a main cash prize worth hundreds of pounds.

Victoria Gate Casino has also arranged for a drag queen to feature in a globe filled with bingo balls on Briggate, interacting and engaging with local shoppers. The hostess, alongside promotional staff, will be informing the public about the ongoing event as well as handing out invites to the casino’s birthday party on Saturday 26th January at the casino.

Drag Queen Bingo will be played in the lower poker area of the casino from 1pm with a fizz reception to welcome guests from 12pm. Entertainment will continue throughout the Saturday with a birthday buffet at 4pm before the celebrations move to Victoria Gate Casino’s Live Bar from 8pm for live entertainment from the Viaduct show team and musician Lucinda Vamp.

Patrick Noakes, managing director of Victoria Gate Casino commented, “we are delighted to be celebrating our second birthday and toasting to what has been another great year in business for the casino. From our home in the city centre we have welcomed thousands of gamers, diners and people seeking a great night out. We look forward to our continued success over 2019 and building our reputation as the north’s premier casino – offering an unrivalled gaming and entertainment experience.”