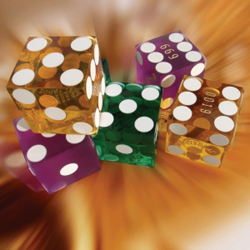 In a recent VentureBeat report it was stated that in 2012 social casino game players account for 13 percent of all of the players on Facebook, compared to just 8 percent in 2011 and 6 percent in 2010. Kontagent, a top user analytics platform in the social space, notes that social casino games have higher-than-average revenue per user, at least 40 percent higher than a typical casual social game. They also note that out of 780 million social game participants, 98 million are active players for social casino games.
This Summer Playsino announced the launch of the Playsino Publishing Network. This would be the only publishing network solely focused on helping social casino developers acquire and monetize social casino gamers on Facebook and mobile platforms, offering its developer partners a minimum marketing spend of at least $100,000 per title along with a dedicated media buying team and game production support.
At the time of the launch, Head of Playsino Publishing said: “Our focus will give our partners access to gamers who are specifically interested in casino style games and monetize better than all other casual social games.”
Playsino is led by Brock Pierce, an entrepreneur best known for pioneering the market for virtual goods in online games (Pierce is often referred to as the “Godfather of Virtual Goods”). He has founded eight companies, acquired more than 30 companies, and closed a dozen corporate finance transactions, securing more than $200 million on behalf of his companies. He is currently CEO of Playsino (formerly Titan Gaming), Managing Director of the Clearstone Global Gaming Fund, and he sits on the boards of IMI Exchange, Xfire, EverTune, RevenueAPEX, and Spicy Horse Games.
Pierce is a co-founder of Titan Gaming and assumed the role of CEO in November, 2011. Titan is a game developer and publisher of social casino games for Facebook and mobile platforms. Titan’s investors include Eric Schmidt’s Tomorrow Ventures and many of Southern California’s most successful entrepreneurs.
Prior to entering the game business, Pierce co-founded Digital Entertainment Network (DEN), one of the first and most ambitious web television companies. DEN raised more than $88 million from investors including Microsoft, Intel Capital and NBC. Pierce began his career as a successful Hollywood actor, starring or appearing in twelve major motion pictures, including The Mighty Ducks and First Kid, as well as many commercials.
Pierce generally plays the role of strategist and dealmaker in each company after attracting the management teams and capital. He is an active angel investor, a founding mentor of the Founder Institute’s LA Chapter, and a member of SoCal Tech and Media Entertainment Technology Alliance. Pierce is an active supporter of non-profit and advocacy organizations and is a member of Clinton Global Initiative.
Both Wired and Fortune have written lengthy biographical feature stories on Pierce’s career. In addition, he has been a guest lecturer at Stanford, UCLA and USC, as well as many video game and entrepreneurial conferences
Casino International Online caught up with Brock to talk about the Playsino Publishing Network:

Casino International Online (CIO): How did you originally find yourself in the world of online gaming?
Brock Pierce (BP): I’ve been following the space since the advent of the Internet in the mid ’90s, and I became very interested in the business in the early 2000s, but never got comfortable enough to enter the business due to regulatory concerns. This all changed after the 2008 financial crisis when I formed the opinion that the liberalization of online gaming was coming. This was due to Western governments needing new sources of revenue, and due to the reason that land-based operators no longer saw it as something that was going to cannibalize their business. Rather, operators saw it as one that could augment it. Not knowing specifically when and how it would occur, I came to the conclusion that social casino games, meaning free-to-play casino style video games, was the best way to play this trend. These businesses — with the explosive growth of Facebook and mobile platforms — had incredible reach, as well as an ability to monetize with virtual currency, which is a business I knew well. They had the ability to do this while amassing enormous audiences that monetized with an ability to convert some of these users into online gambling products when the markets opened. This resulted in my founding Playsino in 2011, as well as making a number of investments in other companies taking advantage of this trend.

CIO: What have been the biggest changes you’ve seen in your time?
BP: There have been many. The market has already evolved through a few cycles, and the barriers to entry continue to rise.

CIO: What excites you about this sector right now?
BP: I am excited about mobile gaming and Facebook being enormous and untapped markets for online gambling. Facebook recently allowed the first gambling game to launch on their platform in the UK and mobile is going to be a massive market that’s still in its infancy when it comes to gambling.

CIO: At what point did social networking/gaming catch your eye?
BP: I come from the video game business. So, I naturally saw the first games like Zynga poker, and then others, start to have meaningful success. That development, combined with my thesis, prompted me to enter the business in 2011 by founding Playsino.

CIO: What approach do you think you need uniquely for this area of business?
BP: I think you need strong studio capabilities when making games. I don’t think you can outsource this and still be best in class. You need media buying and user acquisition skills. The largest expense in social and mobile casino games is advertising. The last is a deeply analytical way of understanding everything that goes into your business. This business is about data analytics and constant iteration. The product is never finished.

CIO: What process do you go through to evaluate who to help/get involved with?
BP: You talk to everyone you can and get advice from those people you trust, with the hope you will pick the right partners.

CIO: Exactly what kind of advice/service are you offering partners that come to you?
BP: We know there is talent out there. People who innovative and make fantastic games as a result. Given the competitive nature of the business, however, many of these smaller developers lack the resources to drive users towards their game. That is a shame when a game, which would have been an outright success, ends up languishing in obscurity till it becomes obsolete. The quick innovation cycle of this business doesn’t leave much room for errors of this sort. So, developers need to reach critical mass quickly. This is where Playsino Publishing can help: We help our partners reach this critical mass quickly. We are, however, very selective about whom we work with and we only work with Social Casino style games, such as slots, poker, bingo, mahjong, etc. We do this since we have very strong competencies in this area and our able to leverage our existing asset base. We are the only publisher to specialize in this area.

CIO: Where do you see this area of business being in five years’ time?
BP: I see social and mobile casino games as the primary method of acquiring users for real money gaming online.