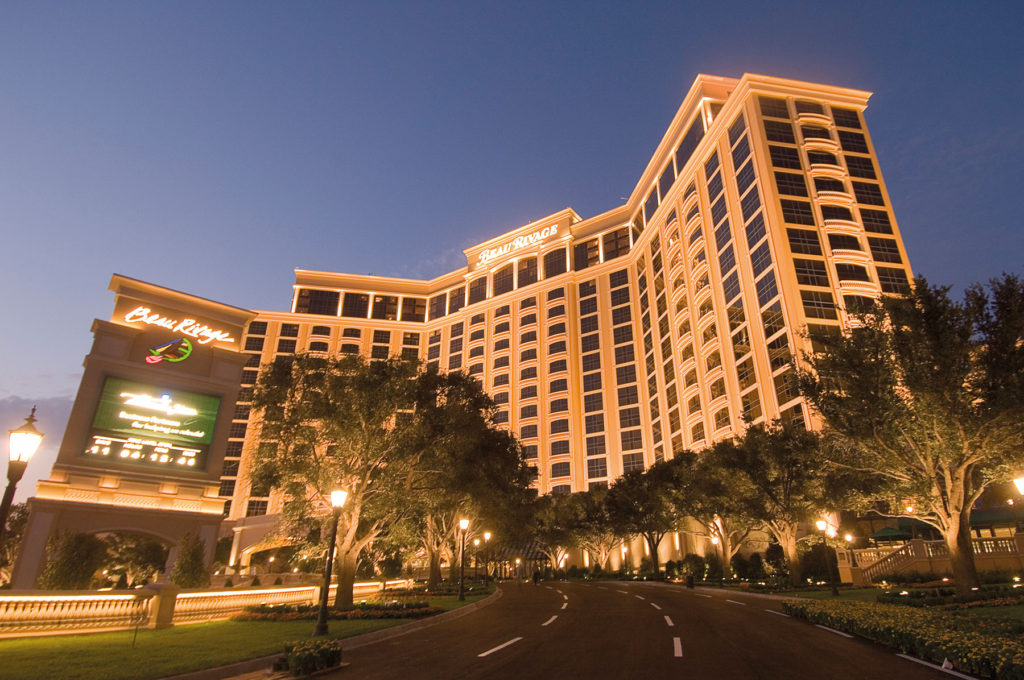 Beau Rivage (French for ‘beautiful shore’) is a highly-respected Mississippi casino resort that has taken a bold step for its customers with the introduction of a large non-smoking gaming area. Marcus Glover, General Manager, explained to Casino International how the project originated and reflects on its success.

Casino International: What was the motivation in your recent remodel, where you incorporated a much larger non-smoking gaming area? Are non-smoking areas of this size and type common in Mississippi casinos, or are you trailblazing?

Marcus Glover: I don’t know that we are necessarily on new ground; in our case, our effort was not around finding a non-smoking area, it was about leveraging the space we have for the best use and purpose. We were redeveloping a high-limit space, and while we were working on that we relocated that space to an are under-utilised in the past. We noticed that the high-limit space got just as much traction in the new area – or the temporary area – as it had in its former location. So knowing that we were going to relocate that high-limit area, we had some available space so we said, let’s put similar slot machines in this area. It was adjacent to an existing non-smoking area that we had, so we gave it a feel like a high-limit non-smoking area.

Some of it was observation by property resources, and some of it was feedback from our customer base, and combining those two thought processes to say, here is an area under-utilised, we can put some solid slot product in here and make it a non-smoking space to give us the best of both worlds.

Typically when you see such space, they are afterthoughts. The space we have relocated it into, while it was fairly under-utilised it used to be our poker area. It’s a lovely area, and it doesn’t feel like an afterthought because it is a well-designed and comfortable space. The customers enjoy and appreciate it and it has had good traction to start 2016.

CI: When did the remodel finish?

CI: Have you noticed a different kind of customer in there or is it being taken up by your existing customers? Has it drawn a new customer in?

MG: It’s a mixture of both. We have had existing customers appreciate it. A lot depends on the product you place in that space and while you want to be everything to everyone, the reality is you just can’t do that. What we have been able to do in the new space is put some of the popular product that is enjoyed typically in the casino’s smoking areas; we feel existing customers that had no choice but to play in the smoking space are now enjoying that same game in a non-smoking space.

We are also seeing, anecdotally, some new customers partaking in that space.

CI: Is the area quite open? Does the area have its own entrances and exits, for example?

MG: The way our resort works, and you will find this in US-based domestic casinos, has been influenced historically by where and how gaming can exist. Long before the rules changed seven or eight years ago after Hurricane Katrina, the resorts were only allowed to have gaming on water. So the barge was developed here at Beau Rivage and it’s a pretty complex system, but gaming had to exist under those rules. We only have one entrance and you have to access the non-smoking space by coming through the casino’s main entrance; there is a designated entrance into the non-smoking area, but you have to access it by coming through the main casino entrance.

The rules have changed so casinos can now be land-based so you can do different things developmentally, but unfortunately those rules were changed after many of the resorts were already developed with significant capital investment.

MG: The way we staff our floor is primarily by zone, so the space is large enough to warrant resource for the non-smoking zone. We do enjoy flexibility according to demand on any given day, and moving resource around that area as well as our other areas as needed. It has a designated staff in ensuring that the resource is appropriate to the level of demand.

CI: Does it have its own ventilation or is it on the main climate control system?

MG: Our entire floor is on the same ventilation system; the non-smoking area is sectioned off so the non-smoking has certain damper vents to try and increase the flow of air appropriately for those areas. It does not have a separate air conditioning system though. The way the property has evolved over time is as one gaming floor, and we have found ways to incorporate for our customer preferences this non-smoking component.

CI: Are there any other non-smoking areas?

MG: Our restaurants and convention space are already both non-smoking, as are our hotel rooms. At suite-level some of our rooms allow smoking.

CI: Has anyone broken the non-smoking rule yet? And how do the staff deal with it?

MG: The key element when you have a gaming floor like this where different portions of the floor may be designated for different use, signage (fixed or digital) is very necessary. We have the appropriate signage on the floor designating those certain areas, and our staff has been given scripts to encourage the right ‘behaviour’ given the area. To date we have not had any negative response.

Some people, because it is really one large floor, may not realise how far they have ventured into a certain area, may just need a gentle reminder to move back into the smoking area. Our staff have been professional, and they are trained to engage appropriately with the guest.

MG: In any non-smoking area, it is treated as smoking, so it is not allowed but it is allowed in smoking areas. Non-smoking is treated purely as non-smoking, but that does not mean we won’t revisit that at some future stage. It’s a policy that has worked well for us.

CI: How does the non-smoking area compare to the main gaming floor in terms of scale?

MG: It has 12-15% of our floor. At the moment it is just slots but we are evaluating whether we might want to add table games in there. Comfort for our guests is a big part of what we want to ensure, not just for the smoking guests, so we have to figure out if the demand and customer preference is going to push us that way.