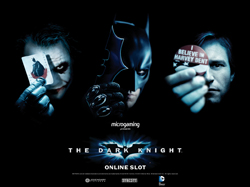 Microgaming developed and launched the first true online casino software in 1994. Since its unveiling, Microgaming has led the industry with its powerful gaming solutions, and to this day, continues to be the casino software provider of choice to the online gaming industry.  Intent on remaining the market-leader, Microgaming has an unprecedented focus on innovation and invests significantly in research and unique product development.
The focus on innovation is evident through the unrivalled slot offering that Microgaming has developed over the last decade, with a portfolio comprising over 600 unique game titles in more than 1,000 variants.  Microgaming’s slot games have evolved from the classic three-reel slots to the latest video slots with advanced graphics, larger paylines and additional features such as bonus games, wild symbols and free spins.
However, it’s not just about quantity; the quality of the product is essential to Microgaming’s prolonged success in the online slot arena.  Microgaming has found innovative ways to improve the quality of its games to keep up with market trends and meet player expectations.  A talented game development team use their wealth of experience to blend game mathematics, art and sound to engineer games to target specific demographics.  The perfect example of this is the Immortal Romance video slot, released by Microgaming in November 2011.  Immortal Romance introduces players to an intriguing and compelling storyline.  The enchanting game delivers visually rich and complex graphics to create a truly immersive experience. Such graphics, coupled with a bespoke soundtrack and sound effects, perfectly complement the game’s theme, bringing the captivating slot to life.
Whilst the conventional slot format remains popular amongst players, Microgaming slots were taken to a whole new level in September 2012, with the introduction of an innovative new arcade-style game, Max Damage and the Alien Attack.  Max Damage evolved from looking at ways to provide the excitement of traditional slot play but in a new format.  The game fuses nostalgia with the most advanced gaming technologies, appealing to a wide audience of players.  Max Damage brings an element of skill and competition to slot play: with six lives, players must work their way through nine levels and three boss ships.  The most challenging level is level 9, and if players are successful in defeating the Boss Ship, they can earn themselves a place on the leadership board.   Max Damage is the first in a series of arcade-style games to be released by Microgaming, as it looks to bring an extra dimension of choice to online gaming.

Branded content
A portfolio of slots can be enhanced through the use of branded content, something which is widely acknowledged in the gaming market.  Microgaming was the first software provider to debut a branded game in 2004 with Lara Croft: Tomb Raider, where the legendary brand was crafted into an online video slot.  Many software and game developers are aware of the benefits a branded title can bring, such as the attraction of new players.  However, a brand isn’t enough to make a game successful; it’s the quality of the game that ensures the game remains popular for an extended period.  Whilst many well-known brands may seem desirable, it’s essential to partner with those that can be successfully integrated into an online game.
Choosing the correct brand to partner with is something Microgaming does particularly well. A number of factors are taken into account when choosing a brand: how will it translate online and is the target demographic suitable for the gaming market.  Microgaming has aligned with a series of well-known brands over the last decade, including the ever-popular The Dark Knight and Lara Croft:  Tomb Raider. Each of these brands was carefully selected to ensure the creation of a great gaming experience, reflective of the iconic nature of the brand.
The latest branded content game launched by Microgaming, in December 2012, is Battlestar Galactica (BSG). Based on the critically-acclaimed TV sci-fi drama, the iconic TV series provided the ideal theme to create a unique online slot game.  Featuring key characters, real voice overs and a host of innovative features, the BSG game captures all of the excitement of the TV series that became a worldwide phenomenon.
In addition to its gripping audio-visual graphics, the slot is further enhanced with a series of new features and functionality. Its innovative Achievement Ranking System unlocks more video content for the player as they move through the game.   Another key feature of the BSG game is the series of different modes that the player can enter at any time.  There are three modes – ‘normal’, ‘run’ and ‘fight’- each containing unique bonus features and special functionality.
The Battlestar Galactica video slot is a great example of how a globally-recognised brand can be adapted into an exciting player experience, using the latest and most innovative technologies.

Multi-player games
Historically, playing online slot games has been a solitary activity.  However, with the growth of social networking the online gaming experience is becoming more and more interactive.  In recognition of the changing marketplace, multi-player products and community style games have become a valuable addition to Microgaming-powered online casinos.
Microgaming launched its multi-player viper software in 2007, configuring its Thunderstruck slot and Lara Croft: Tomb Raider slot for use in a tournament environment.  Just two years later, in recognition of the rising popularity for slot tournament play, Microgaming developed the industry’s first true multi-player slot game.  The flagship game, Multi-player Wheel of Wealth, Special Edition was the first game of its kind to introduce the combination of chat-inclusive community action, mixed with interactive slot play.
Microgaming has set the benchmark when it comes to the development and hosting of online slot tournaments.  A considerable variety of tournament formats are available, over several of the most popular games to keep slot enthusiasts entertained.

Slots Go mobile
Players’ habits are changing; the online gaming market is witnessing phenomenal growth in the mobile gaming sector. It cannot be denied that mobile has become an important product for eGaming companies.
Microgaming launched its first mobile casino software in 2004 and since its launch the capabilities of mobile devices have evolved remarkably.  Perhaps the most significant development in recent years has been the growth of HTML5; a well-established standard of coding which permits multimedia content on a broad spectrum of devices with one implementation.  The powerful platform has taken steps to conquer the market and a handful of game developers are pushing the envelope of HTML5 mobile games.  Microgaming recognised and has subsequently capitalised on the potential of HTML5 with an aggressive games roll-out schedule on the mobile platform.  Microgaming’s HTML5 offering is unrivalled, with over 20 HTML5 games currently available.
In 2012, Microgaming developed a dedicated brand for its mobile solutions, Microgaming Go.  Its launch formed part of an uncompromising strategy to offer the strongest mobile game offering in the industry.   Microgaming has certainly set the standard of mobile gaming; its software provides the largest number of games that are compatible across the widest range of mobile devices and operating platforms.

Continued growth
2013 looks set to be another exciting year, with a suite of pioneering new slot titles and multi-player games to be released.  Microgaming Go will continue to grow in strength with the regular release of new games in HTML5 to best serve operators when looking to exploit the mobile and tablet space.
Lastly, perhaps the most heavily-anticipated release of the year is The Dark Knight Rises, the second installment to the Batman series of games due out later in the year, based on the legendary motion picture from Warner Bros. The slot will include star characters and animated material from the blockbuster film.  Fans of the iconic brand will not be disappointed; players will be in awe of the exciting new features and quality graphics of the game