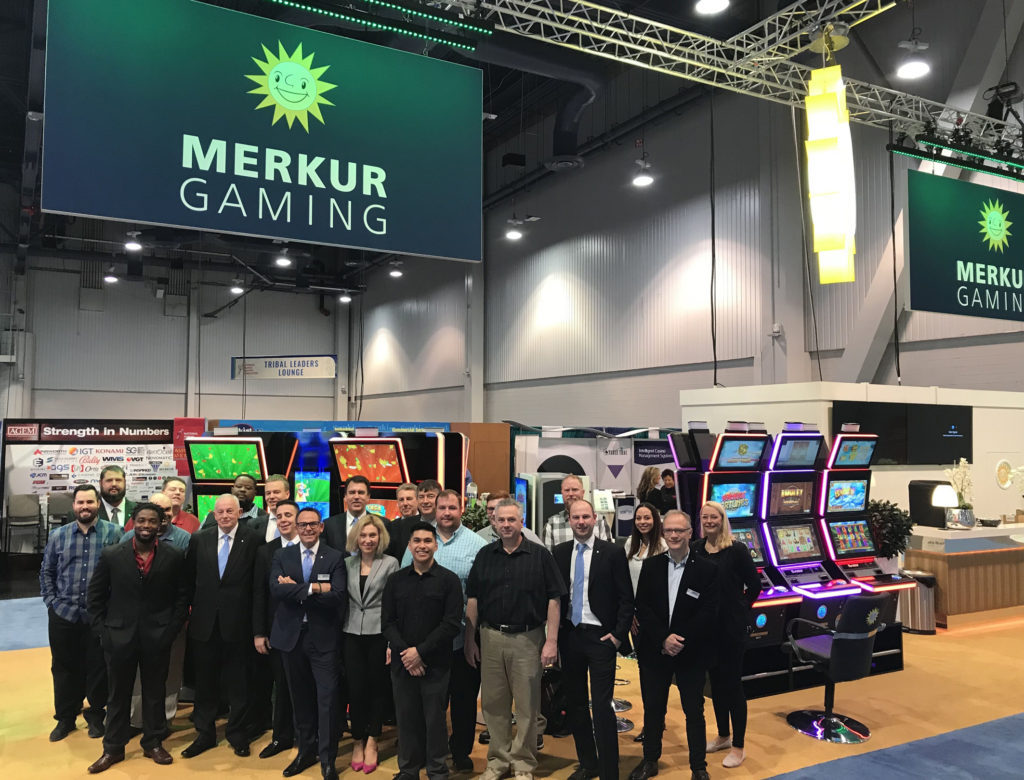 The first ever NIGA exhibition and conference to be held in Las Vegas proved to be a huge home town success for Merkur Gaming US and its locally based games development studio, Sunshine Games, thanks to a total booth display presentation of brand new game titles.

Displaying an entirely new range of 10 games ‘made in America, by Americans and for Americans’ (eight from the creative powerhouse that is Sunshine Games, based in La Vegas, and two from legendary game creators High 5 Games of New York) Merkur Gaming US made a truly dynamic presentation that attracted a high level of interest from NIGA visitors.

With four Chinese themed games, Baozang, Immortal Emperor, Immortal Princess, and Striking Fortunes, plus the Egyptian adventure Amulet of the Pharaoh, Sunshine Games demonstrated their creativity in adventure themes. Adding fun to their gaming entertainment mix, Sunshine Games also added Taco Tuesday and its latest evolution, Taco Tuesday Hot Sauce, as well as the Irish leprechaun themed Land of Charms to their growing portfolio. Add to that Wellspring, a game based on the search for immortal youth, and Legends of Troy from High 5 Games and the Merkur Gaming booth was packed with new attractions. Given the enthusiastic responses received from visitors it is clear that NIGA 2018 marked a significant forward step in the development of Merkur Games US as a top level games producer in the US market.

Merkur Gaming US is a proud associate member of NIGA and duly congratulated theassociation’s longstanding Chairman, Ernie Stevens Jr., on the huge success that this year’s show represented. Merkur Gaming US CEO, Charles Hiten, noted: “The figures show thatNIGA in Las Vegas was a major success, in terms of both exhibitors and visitors. For us, the show was a chance to show the high level of products that we are bringing to the US and it was both exciting and gratifying to receive the overall high levels of positive reaction that we received.