NOVOMATIC continues a course of Growth and Consolidation 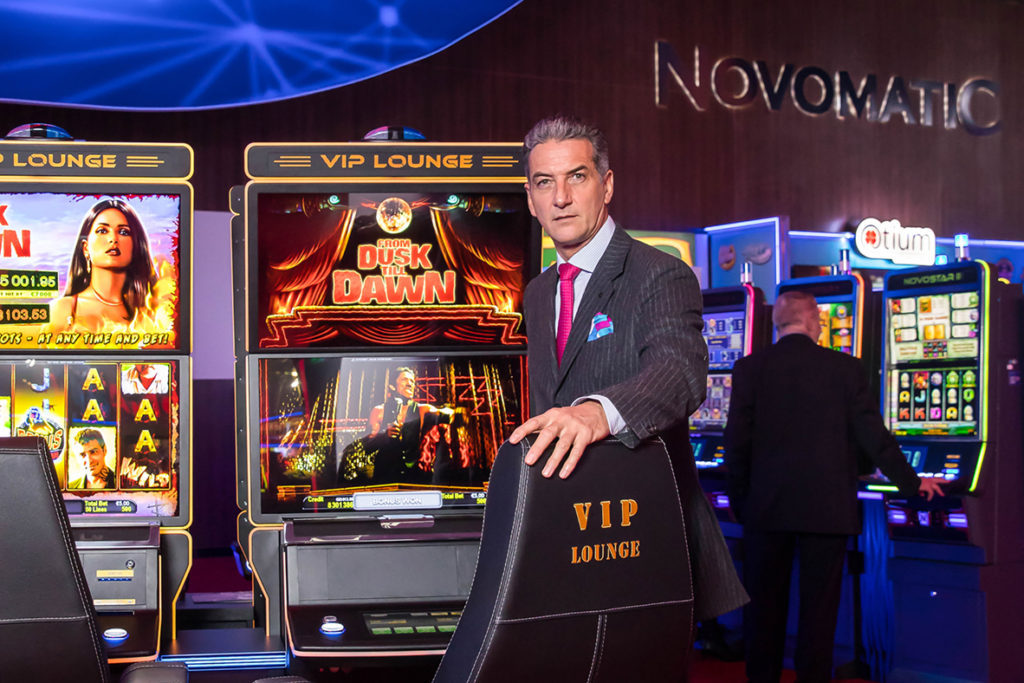 “With this trade show appearance, which was again the largest, NOVOMATIC continues to prove that as a full-service provider, we are among the world’s leading gaming technology groups,” said Harald Neumann, CEO of NOVOMATIC AG.

The NOVOMATIC Group, furthermore, was proud to receive two prestigious awards during ICE in London. NOVOMATIC was presented with the award for “Casino Supplier of the Year” at the Global Gaming Awards London 2018 at a VIP ceremony that took place at the iconic Hippodrome Casino. On the next day at the British Casino Awards, which took place at the same central London venue and brought together representatives from UK and European casino industries, ADMIRAL received the “European Casino Operator of the Year” award.

During the gaming fair, Harald Neumann made an initial assessment of the 2017 fiscal year of the NOVOMATIC Group – accordingly, initial calculations indicate the Group will generate an accumulated revenue of EUR 4.8 billion in the 2017 fiscal year (2016: EUR 4.4 billion). The NOVOMATIC Group includes – in addition to NOVOMATIC AG – the Swiss companies ACE Casino Holding AG and Gryphon Invest AG. NOVOMATIC AG itself will also be able to report a record revenue again this year, with figures increasing 10 percent compared to 2016. The NOVOMATIC Group additionally achieved a new record in terms of headcount with around 29,500 employees.

The NOVOMATIC Group has seen strong growth in recent times, primarily through strategic acquisitions. The company now has 300 shareholdings, around 230 of which are consolidated in the balance sheet. On January 5 this year, the finalization of the majority holding in the Australian industry giant Ainsworth Game Technology Limited marked a significant milestone in the history of NOVOMATIC AG. “Having grown a lot over the past few years, we will this year focus on increasing synergies between companies and, correspondingly, on more effective internal structures,” added Neumann. “Nevertheless, we will continue to watch the market and make purchases, where it makes sense.”