Point of Consumption Tax: The good, the bad and the other

Casino International > Features > Online > Point of Consumption Tax: The good, the bad and the other 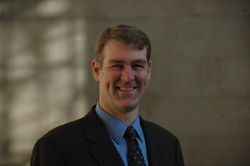 Peter Bertilsson, Chairman of the Board, Metric Gaming
In theory, companies that serve and thereby benefit from the UK market should likewise be subject to tax and regulation by the UK government.

David McDowell, CEO and co-founder, FSB Technology
One of the most important changes POCT brings is that it eliminates gaming duty for customers who are located outside the UK. Any UK-licensed operator providing B2B services is suddenly competitive and, as FSB is expanding its fully-managed sports betting services to European operators, the timing could not be better for us.

Ed Pownall, Global PR Director, Bodog brand
The real positive is obviously that this now gives a level playing field to all operators in the UK. There will no longer be a hiding place or excuses for bad results compared to your peers – we will now be able to see clearly who is performing in this market and who isn’t. For shareholders of the listed companies this will be a huge plus as they can judge like for like.

Brian Wright, Director, Remote Gambling Association
I am struggling a little, but if pushed to be positive I would say at least it’s a Gross profit tax (GPT) as opposed to a turnover tax which would have just been disastrous.

Stephen Quinn, Director of Strategy, Ukash
I can see good in terms of the benefit to the UK economy and perhaps creating a level playing field for operators who are already based in and pay tax in the UK. Player protection is always mooted as the real driver behind these pieces of legislation, which, if this is the case, can only be good.

Peter Greenhill, Director, E-Business Development, Isle of Man’s Department of Economic Development
Unlike those countries who have either tried to enforce a “prohibition” type ban on online gambling or those who have sought to protect local state-run monopolies, the UK has opted for a well regulated, open environment with taxation levied on profits from all bets placed by local residents.
The GB Gambling Commission (GBGC) has decided that it can fully control the market without insisting that operators must offer their services through a UK company, nor are they demanding that servers be placed in the UK or in an EU member state.
The GBGC and the Isle of Man Gambling Supervision Commission share the same guiding principles of ensuring that gambling is conducted in a fair and open way; that children and other vulnerable persons are protected from being harmed or exploited by gambling and preventing gambling from being a source of crime or disorder, or being used to support crime.

David McDowell, CEO and co-founder, FSB Technology
FSB is based in central London’s Tech City and we have held a UK Gambling Commission licence since we started the company in 2008. We enjoy being able to access the talent pool available in London and we have also enjoyed the benefit of hosting our hardware platform in a professional facility with competitive rates. The talent and cost savings, however don’t add up for larger companies who can move offshore to minimise gaming duty, VAT and corporate taxes. Larger operators are likely to remain offshore, ensuring that the UK government continues to miss out on the other forms of taxation. This makes the POC taxation feel like a cash grab rather than a well-thought through proposal to attract jobs and make the UK economy stronger.

Brian Wright, Director, Remote Gambling Association
At 15% the POC tax is far too high. All the evidence suggests that any rate above 10% GPT is not sustainable in what is a very mature market where consumers already know what level of value and choice to expect.

Stephen Quinn, Director of Strategy, Ukash
In the same way that it can create a level playing field, if not implemented in the correct way, the opposite could occur; operators that comply will be disadvantaged against those who do not. The last thing that the industry needs is a situation when a “regulated” grey market is created. The UK has made its stance, which in turn will affect the other jurisdictions that enjoyed the white listed status. In my opinion it has a real responsibility to ensure that fairness prevails.

Peter Bertilsson, Chairman of the Board, Metric Gaming
In practice, attempting to regulate overseas entities while imposing high tax rates on them will inevitably contribute to the very problem the UK government is trying to solve; law-abiding operators will be at a decided disadvantage to the black market, creating an environment that undermines rather than strengthens consumer protection.
The associated costs – between licensing and application fees as well as the added tax burden – will also be prohibitive for the smaller operators and B2B software providers.  Such narrowing of the market may erode competition and impede innovation, further harming the very demographic (i.e. UK consumers) that the government is trying to protect.

Ed Pownall, Global PR Director, Bodog brand
The UK market is already saturated to the point of absurdity and as a result bookmakers have to offer huge incentives that, inevitably, erode margin. This additional tax will only serve to further chip away at that already slender margin.

Peter Greenhill, Director, E-Business Development, Isle of Man’s Department of Economic Development
The POC tax will have a major effect on operating margins for UK-facing companies and will inevitably lead to a number of M&A transactions and some operators leaving the market. Choice and value for money for the player could well be, therefore, under threat. We would have preferred to see a more robust approach to the protection of players funds, for example, in properly segregated accounts as we do on the Isle of Man. The current stance that gambling advertisers in the UK will need a licence even if they block UK players will undoubtedly have a major detrimental effect on a large number of English football clubs with no benefit in protection for UK punters.

Ed Pownall, Global PR Director, Bodog brand
The listed companies are likely to be hit the hardest and the more agile private companies will pull even further ahead of their rivals. Whether delisting will happen in the short term is, perhaps, unlikely but that or consolidation is surely as strong possibility once the effects of POC become apparent.

David McDowell, CEO and co-founder, FSB Technology
PoCT is a reality and has been on the cards since the Italian government implemented similar policies in 2006. My only surprise is that it didn’t happen sooner. The days of grey market dot.com sites are rapidly coming to an end, rising regulatory costs will continue to put pressure on operating costs and this will highlight the importance of maximising customer value. Scale is important and only a few companies can afford to buy their way out of trouble, while everyone else will need to invest in technology to increase operational efficiency and use the added cash from operations to achieve scale through organic growth.
You just have to look at UK-based Bet365, a company that refers to itself as a “technology company focused on betting”, to see that getting the technology right can far outweigh the cost savings from moving offshore.

Brian Wright, Director, Remote Gambling Association
For the UK Government not to repeat past mistakes it is vitally important for HMT to set rates of remote gaming and betting taxation that give operators a realistic chance of being competitive in what is an inherently international market. I fear that by setting a ‘POC’ tax rate of 15% they have failed to do that.

Peter Bertilsson, Chairman of the Board, Metric Gaming
Because under the outgoing regime the UK only recognizes valid EU or “White List Territory” gaming licenses that are granted and enforced by reputable regulatory bodies, UK consumers are already well protected.  When it comes to imposing a potentially burdensome licensing regime and tax levy in the name of consumer protection, it therefore appears the ends may not justify the means.
As with any disruptive new legislative regime, I expect we will see a strong backlash from the most affected jurisdictions, as well as a host of unintended consequences.

Stephen Quinn, Director of Strategy, Ukash
As a financial services business and an Authorised E-Money Issuer, we are issued a licence in the UK, which when pass ported allows us to operate within other jurisdictions within Europe as we all adhere to a similar regulatory framework and policies particularly when it comes to anti-money laundering and KYC.
I still struggle to understand, that within Europe, why a similar regulatory regime is not in place for this Gambling industry and why operators businesses are put under so much pressure to apply for multiple licences. Surely a unified approach across Europ, with a consistent approach across AML, KYC, Advertising and player protection, which are the drivers, not the tax, makes much more sense. This creates a far more sustainable environment; for the business’s that create jobs and GDP for many around Europe.

Biggest is not always best
50 years of excellence