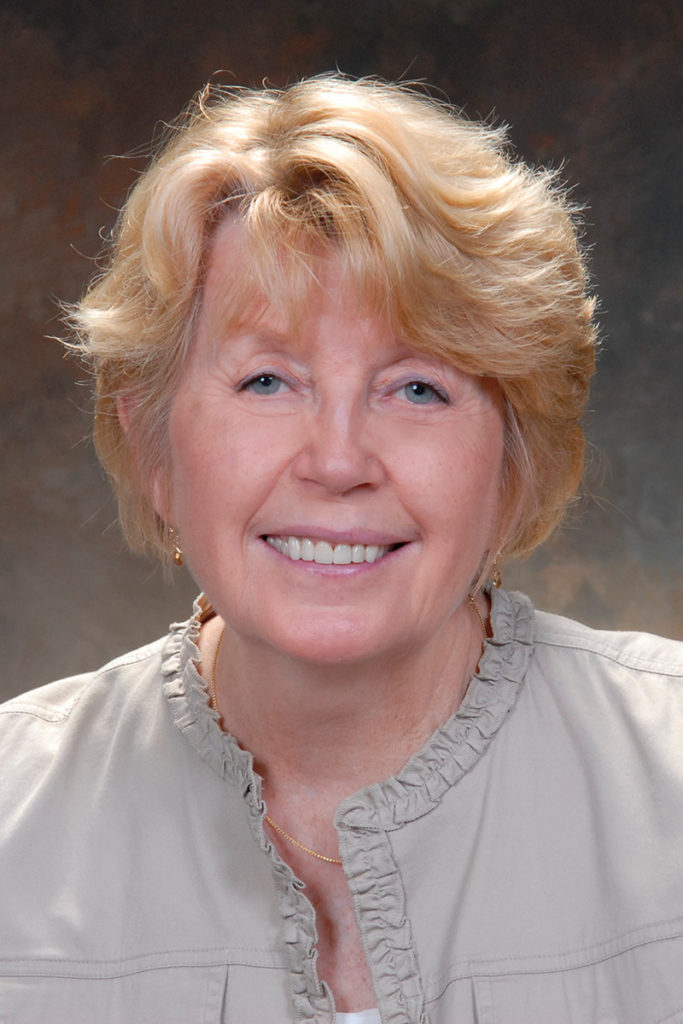 It’s no exaggeration to say that Joanne Iverson’s seemingly limitless drive and passion for rowing changed the face of sport forever. The Pennsylvania native not only enjoyed a great racing career followed by a stellar coaching career (which led to being the first team manager for a US women’s Olympic rowing team), she has also carved out a niche as an innovator in software engineering. If that’s not enough, she and her husband Millard Reeves have also reached black belt status in a martial art. Joanne sat with Casino International to tell us about her life and achievements.

Casino International: First, I’d like to hear a little about Iverson Gaming – we know you develop CMS solutions and it’s a system that is widely used on cruise ships. How did the company begin, and how did you come around to starting it?

Joanne Iverson: The first company I started was Iverson Associates, which was around 1984 when IBM introduced the PC. That’s the same year I decided to retire from the bank I was working for; I had been running the first ATM network in Philadelphia, which was great experience for me. My technical career started with Univac, which later became Unisys, and it was one of the first computer companies. I had trained there as a systems programmer, and left because I did not like travel and I was on the road a lot doing technical support. It wasn’t good for women in those days; you got no respect, you would be taken for a hooker in hotels, everybody hit on you, it just was not pleasant. I had a hard time with the clients too because I had no credibility. They thought because I was a female, I couldn’t possibly know anything. That was hard to counter, because naturally you over-perform. The very thing I needed in that area was to be told by men that I couldn’t do this or that – then I would just go and do it.

CI: Did experiences like that harden your attitude towards men?

JI: I get along very well with men generally, I was raised with three brothers – but I was raised to believe women were weak, and I believed it. When I get called in to institutions to talk to young women or girls, what I tell them is this: “Do not be afraid to compete. Do not be afraid to be a killer. You are okay to be a killer; your mothers probably told you it’s un- ladylike but get out there and win at all costs. If you have to have a killer attitude, then that’s what you must have.” That’s competing. I would rather have that working for me than someone that is hanging back for one reason or another.

CI: Rowing is very popular in Pennsylvania, are you from the area? Did your geography affect your choice of sport?

Yes I am. It’s very common here but I didn’t necessarily know about it when I was growing up. I grew up on the river, and I did row but just with my brothers in rowboats; then I was babysitting for a young couple when I was 18 who had two little boys. At some point, the couple asked if I would like to try rowing. I said, “What’s that?” They explained what they had been doing, and would I like to give it a try, and I said “Sure.” They took me down to Boathouse Row [where all the boathouses for the many colleges in the area are], to one of the clubs, and introduced me to people. This was 1959, and at the time the only rowing club that I was eligible to get in was Philadelphia Girls’ Rowing Club, because there were no women allowed in the other clubs.

After I started rowing, I realised that probably because I had spent so much time rowing with my brothers, that I was good at it and I was winning races from day one. I thought, ‘this is wonderful! Now I can go to the Olympics!’, because I had always enjoyed watching the Olympics. Then I found out there were no women’s rowing event sat the Olympics, so I asked why not. I found out it that was because the national governing body for rowing was the National Association of Amateur Oarsmen. They didn’t have women I the organisation, and they did not sponsor regattas or races for women. 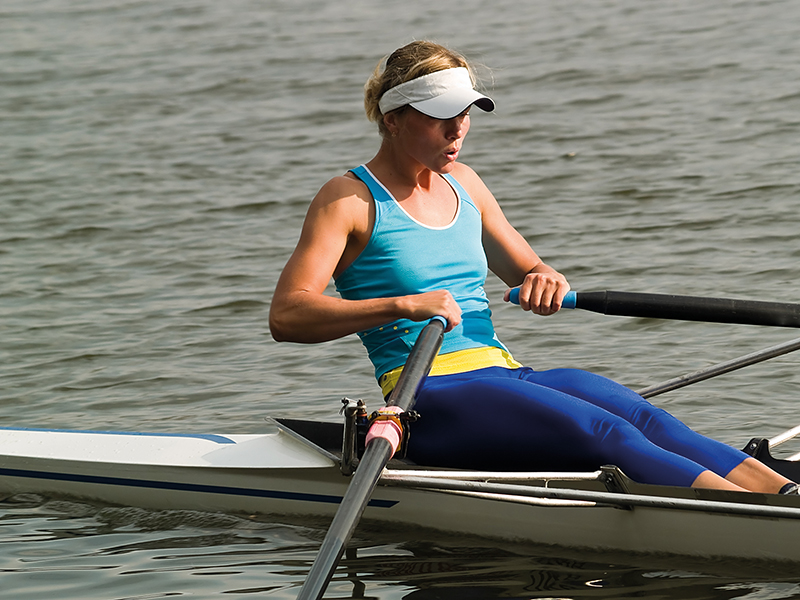 When the Olympic committee would come around once every four years and say, “If we add women’s rowing to the Olympic programme, will you send a team?” The United States men always said no, because they didn’t think the women could do it and they didn’t think there were enough women racing to even pick a team from. When I found all of that out, I realised we had to prove to the men that we were serious about it, and that we could do it, and we could win races. For the next 17 years, that’s what I worked on.

CI: How did you go about championing the cause of women rowers to effect change?

JI: We started the National Women’s Rowing Association, and eventually merged with the NAAO to form the National Rowing Association, the governing body for US rowing now. That organisation has finally added me to their Hall of Fame now; I’m already on the rowing coaches’ Hall of Fame, and I have been recognised in other ways, but after this I don’t think I can be honoured any more!

CI: It’s amazing that those 17 years of your life culminated in the first US women’s rowing team at an Olympics. How did the team do?

JI: When we finally did enter the Olympics in 1976 in Montreal, we won a bronze medal in the eight and a silver in the single sculls.

CI: So you were involved in Montreal as a coach?

JI: I had also been named manager of the team. A coach has to be taking a real crew, that is associated with that coach; as manager I had to make all of the arrangements for all of the team, for everybody on that team, to be there. To coordinate the whole thing.

JI: It was huge! As part of that I also got to design the outfit they rowed in, I was the first to design the uni-suit but that was just a part of what I did. Had I been a little younger, I would have been on the team. By that time though I was 35 and that was considered over the hill.

CI: Is that a source of regret for you?

JI: No, not at all. It would have been wonderful to get there, and had I been ten years earlier in my rowing career I could have gone and done well. But not at that age – and I had been so active in politicking and coaching, I really had not competed in a while. It would have been too much to do all of that AND train.

CI: There is also the cushion of being part of the group of people that made the women’s team’s whole participation happen… 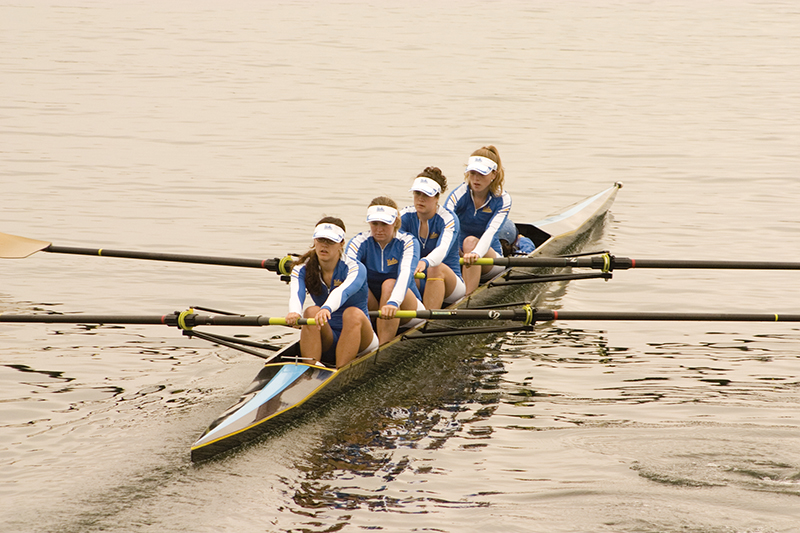 JI: Absolutely. Women read my book and they then realise how much had to be done, how much I had to fight just to be able to participate. The young lady you met at the door [at the Iverson Gaming offices] has medals from previous competitions at world level; she is a lightweight rower. When she first came to Philadelphia, the first phone call she made was to me to thank me for what I did to enable her to do what she has done. She is delighted to be here working for one of her idols, which is really very cool for me! I also have other top-level rowers working for us.

CI: Is it a coincidence that you’ve employed these rowers?

JI: Not at all! It’s giving young athletes a foundation where they can train and still work. None of the three we have now work a full day, and they are guaranteed to have time off with or without pay for competitions they have to be in. It’s also not a coincidence that I was the president (and am now vice president) of the largest rowing club on Boathouse Row – which is also the biggest one in the US.

CI: Are you still involved in coaching?

JI: I haven’t coached in a couple of years, but I could make a living from it if I needed to. I go out on sessions occasionally, and I still teach kids that come from other sports to row. This is because getting in to college is not that easy, and if you want to get in on an athletic scholarship you need more than one sport. So I’ll take a kid whose parents want them to have another sport, like a lacrosse player, and I’ll teach them to row well enough to be able to compete in a couple of races. Once you have that under your belt you can go to a college where they’re looking to give scholarships, and they can legitimately say they have two sports. It carries a lot of weight.

CI: Did you attend University of Pennsylvania? Do you have an affiliation with them because of that?

JI: I do but that’s not why I started rowing there. I started coaching – I started the women’s rowing crew at Penn. I’m on their rowing board of directors, I’m involved in a lot of things with the university. I didn’t actually go to the university until 1980, which was actually funded by a bank I was working for. I was a good employee…

CI: Do you have any words of wisdom you could share with our readers?

JI: Something I say to young people is, if you have been on the starting line for anything, nothing after that is going to intimidate you. If you’ve competed and gone head-to-head against others, no business person is ever going to make you feel inferior.

You can find Joanne’s book An Obsession With Rings: How Rowing Became an Olympic Sport for Women in the United States on Amazon.