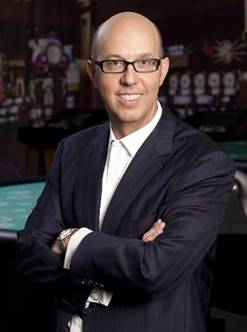 Isaacs, who joins SBTech, will use his extensive 20 years’ gaming experience across a series of senior management positions to further grow the company’s rapidly expanding US presence. Since the market opened in mid-2018 SBTech has completed and gone live with several partnership agreements with leading casinos in regulated States including New Jersey and Mississippi.

He spent the last four years as CEO and board member of Scientific Games and was responsible for championing game-changing mergers and acquisitions and growing the global lottery and gaming supplier from $1.3 billion to $2.9 billion revenues in just two years.

“I was approached by a number of companies since leaving Scientific Games, however I chose to join SBTech due to its, superior technology, high standards across every discipline, entrepreneurial approach and incredible ambition and potential to grow further across a wide variety of regulated markets including the US where I am based and have an extensive network, knowledge and experience,” said Gavin Isaacs, Non-Executive Chairman, SBTech.

“The business has already made significant in-roads into the newly regulated US sports betting market and I am extremely excited to be able to help and advise the senior management team to expand that even further across 2019 and beyond.”

Isaacs, a qualified lawyer, has a proven track record of successfully leading and establishing companies on strong growth trajectories. Prior to joining Scientific Games in 2014, he was CEO of SHFL Entertainment, where he grew the company to record revenues, globally expanded its slot business, and created a series of commercial opportunities in speciality table-game brands both in land-based casinos and online.

“We’re thrilled that someone of Gavin’s calibre, credibility and experience has chosen to join SBTech. This is a huge coup for the business,” said Richard Carter, CEO SBTech. “Gavin’s two decades of successfully leading, transforming, and acquiring some of the biggest businesses in the gaming sector will be a massive advantage for us, particularly in the US where we have already partnered and gone live with several large brands across multiple states and where there are many more opportunities to grow.

Isaac also spent five years as COO and Executive Vice President at Bally Entertainment eventually leading the negotiations to buy his former employer while at Scientific Games in November 2013 for $1.3 billion; a 37% premium in share price and at sector high multiple. Prior to joining Bally Isaacs spent seven years with Aristocrat Technologies in several roles including President, Managing Director and marketing and business development in Las Vegas, London and Sydney.