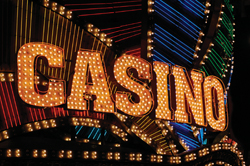 The government does not make public forecasts of the performance of the gaming industry, despite it being the engine of the economy. The budget shows that the government expects to get less tax revenue from the gaming industry this year than it received in 2012, implying that it expects gross gaming revenue to fall.
But government estimates of tax revenue from the gaming industry are typically cautious, and time and actual tax revenues have shown they are excessively so.
The office of the Secretary for Economy and Finance told Macau Business that the government expected the VIP gaming business to remain stable this year and the mass-market gaming business to grow. It did not release figures.
The co-chairman and chief executive of Melco Crown Entertainment Ltd, Lawrence Ho Yau Lung, is optimistic that the gaming market will grow this year. Mr Ho told Macau Business that he expects both the VIP and mass markets to expand as the mainland economy improved, but said the mass market would expand fastest.
Looking further ahead, he said the permanent ferry terminal on Taipa and other new transport infrastructure projects would “facilitate convenient cross-border access” for mainland tourists and improved arrival numbers. The opening of new casinos in Cotai, scheduled to take place in 2015-2016, including Melco Crown’s Studio City project, should fuel the growth of mass-market gaming revenue in the medium term, he said.
Melco Crown also expects to start construction of a new hotel tower at its City of Dreams casino resort in Cotai this year.
The city’s five other casino operators were contacted for this report but none was prepared to comment on its prospects for this year.

Among the analysts, Japanese brokerage Nomura says that sources among casino managers forecast that VIP gaming revenue will grow at a “mid-single-digit” to “low-double-digit” rate this year. The casino managers forecast that mass-market gaming revenue will grow by 20 percent to 25 percent. Nomura itself forecasts growth of 14 percent for the gaming business this year.
HSBC’s senior gaming analyst for Southeast Asia, Sean Monaghan, says he expects casino gross gaming revenue to grow by 13 percent this year, propelled by an increase of 25 percent in mass-market gaming revenue and an increase of 7 percent in VIP gaming revenue.
“Macau casino business models are changing, shedding their historical dependence on the high-risk and low-margin VIP segment, and shifting to high-growth, high-margin and low-risk mass gaming,” said an HSBC forecast on the Asian gaming industry’s performance this year.
Mr Monaghan says most of the factors that tended to disrupt Macau’s casino industry last year have passed. One such factor was the conviction that the euro zone would break up. “That scared a lot of people.”
He says political uncertainty due to the advent of new leadership in Beijing has also ended. Xi Jinping became head of the Chinese Communist Party in November and will become president in March. Mr Monaghan says that before the new leaders took over, VIP gamblers made themselves scarce, abstaining from flaunting their wealth during the political transition.
Economic weakness in the mainland, not just in exporting provinces such as Guangdong but also in resource-rich western provinces that produce VIP gamblers, slowed growth in the gaming business last year. Casinos and junket operators were more careful about lending to gamblers, and gamblers were more reluctant to borrow, reducing the amount of VIP gaming business.
Recent data shows the mainland economy is picking up steam again, and the prospects for the United States economy are improving, boosting consumer confidence. “It is good for the mainland in terms of exports,” Mr Monaghan says.

The HSBC report says analysts may re-rate stocks associated with Macau’s gaming industry this year. “We believe 2013 will be the period when global investors ascribe value for new casino developments, and this will likely be a major factor behind the sector re-rating,” the report says.
“We believe the lack of visible construction activity has been a key reason why investors have been reluctant to ascribe value for these projects. We believe 2013 will be characterised by wall-to-wall cranes on Cotai, clearly developing the next wave of resorts targeting the mass mainland customer.”
Mr Monaghan’s top stock picks for this year are Galaxy Entertainment Group Ltd and Melco Crown. But he says MGM China Holdings Ltd’s shares offer the greatest potential return.
Most Macau casino operators will pay dividends this year, according to the HSBC report.
The forecasts of David Bain, senior research analyst for U.S.-based brokerage firm Sterne Agee, are on the bullish side. He expects the casino market to expand by 15 percent this year because of jumps of 12 percent in VIP gaming revenue and of 23 percent in mass-market gaming revenue.
Mr Bain says his forecast is bullish because his expectations for the VIP gaming business are above the average. His expectations are based on forecasts that the mainland economy will improve.
Other news media reported in November that Beijing would crack down on corruption, but Mr Bain expects no change in the policy toward Macau. It is widely assumed that some of the money gambled at the VIP tables in Macau’s casinos is ill-gotten, much of it through corruption.
Mr Bain says the strength of the growth in mass-market gaming last year was mainly due to gambling becoming more accessible and attractive for that segment. The increasing number of non-gaming attractions and hotel room capacity has also helped, he says.

Mr Bain also highlights the completion of the railway link between Guangzhou and Gongbei late last month. He says that can help boost mass market play this year.
Recent changes to travel permits will also help. Migrant workers in several mainland metropolises can now apply for a permit from the city where they work instead of having to travel to their hometown to make an application.
In an investors note released last month, Mr Bain had one warning: “While China continues its march toward a domestic consumer economy (good for Macau), external demand could slow its pace. Recall that Guangdong, the largest mainland feeder to Macau, has many export driven industries.”
Jonathan Galaviz, managing director of Las Vegas consulting firm Galaviz & Co, is more bearish. He says he forecasts casino gross gaming revenue in Macau to grow by about 8 percent this year.
The VIP sector will remain “generally flat”, while the mass segment will be the main driver of growth over the next decade, Mr Galaviz says.
Fitch Ratings says continued transport infrastructure development will propel revenue growth of roughly 8 percent this year. That implies low-single-digit VIP revenue growth and roughly 20 percent mass-market revenue growth.
“The mass market should continue to grow faster than the VIP segment over the next few years, supported by numerous infrastructure projects, as well as the potential for further development of Hengqin,” the ratings agency wrote in a December report.
Ben Lee, managing partner at gaming consultancy IGamiX Management & Consulting Ltd, says the Macau casino market fundamentals are recovering. He says the market should see a recovery in VIP growth and continued expansion in mass gaming.
He says there has been a deliberate transition by several VIP players to the premium mass segment, in order to stay below the radar of local and mainland authorities. The trend can partially explain the VIP segment’s recent lacklustre performance.
Overall, Mr Lee is optimistic, even though he says there are some clouds on the horizon. He is still unsure about a rebound in Western economies and, unlike HSBC’s Mr Monaghan, he says there is still risk that the euro may fall apart.