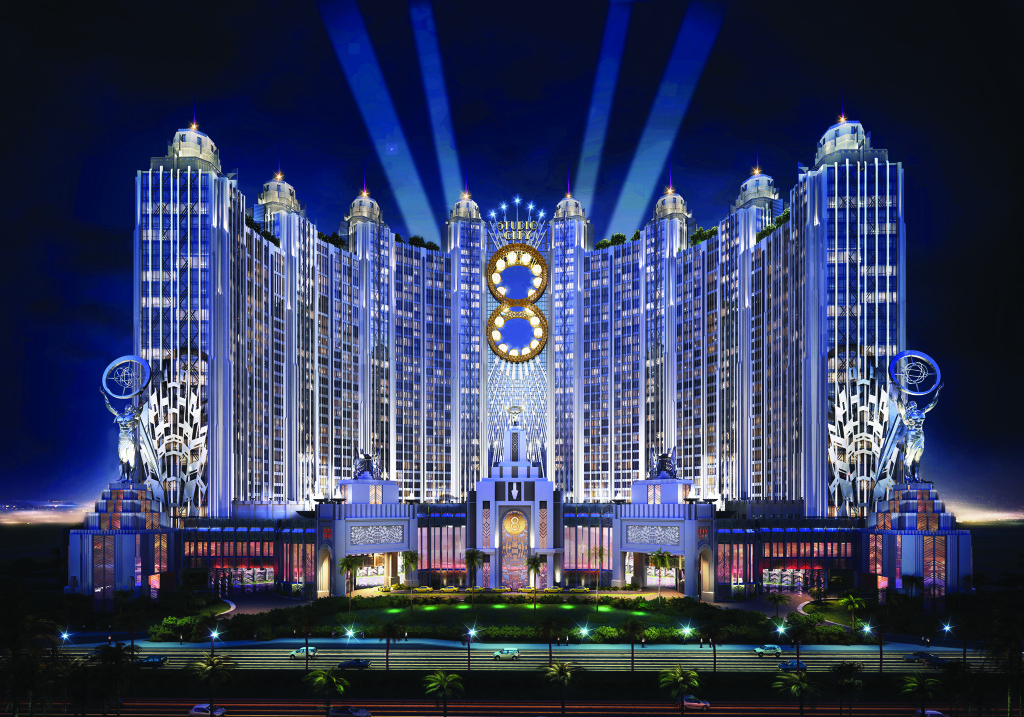 Melco Crown Entertainment opened the hotly anticipated Studio City integrated resort in Macau on October 27. Set to revitalise a market that has been suffering declining revenues for almost two years, the $3.2bn complex combines entertainment with leisure and gaming in a completely new way and marks the beginning of a transformation in Macau.

The casino opened with 1,233 slot machines and 200 gaming tables, with another 50 tables going live in January 2016. In a market first, there is no dedicated VIP gaming area. Instead, Studio City spearheads diversification by casting a global entertainment spotlight on Macau. It is the first integrated resort in Asia that houses film and TV production facilities.

To mark the official opening, Melco Crown Co-Chairman and CEO Lawrence Ho and Co-Chairman James Packer held a press conference at the venue. “Today marks the start of a new era of leisure destination entertainment for Macau and Asia,” said Ho at the event. “It is the realisation of our long-held vision to develop a leisure and entertainment destination that has no equal in Macau.”

“I am delighted to be here with Lawrence for this momentous occasion, to celebrate the opening of this magnificent destination resort,” commented Packer. “Today’s grand opening is a key step in our strategic vision of providing a world-class portfolio of leisure and entertainment resort experiences that meet the rapidly evolving demands of Asian and international visitors.”

A star-studded guest list joined the proceedings, featuring a performance by Packer’s girlfriend Mariah Carey at the opening of the new resort. The launch event was also attended by Hollywood heavyweights Robert De Niro, Leonardo DiCaprio and Martin Scorsese who presented a short film, The Audition, as part of the resort’s marketing.

“I am delighted to be part of ‘The Audition’ and celebrate the inauguration of Studio City – It is a ‘must-visit’ destination for all visitors looking for a unique and immersive experience,” said Oscar-winning actor Robert De Niro. “It’s the coolest 15 minutes ever made,” noted Packer on the film. “We’d like to thank our many friends from the world entertainment for bring here with us to celebrate the opening of this magnificent destination resort.”

Located close to the Lotus Bridge immigration point that connects to Hengqin Island and a future station for the Macau Light Rapid Transit, Studio City is aimed at both gamers and non-gamers looking for an all-encompassing celebrity experience. It is the second in a new wave of casino resorts opening in Macau over the next several years, following the launch of Galaxy Macau Phase II in June, and aims to deepen the customer mix within the market.