Takeovers point to a dramatic 2015 ahead

Casino International > Latest News > Takeovers point to a dramatic 2015 ahead

The news that PokerStars are extending their range of gaming options is expected to have widespread repercussions. Since its foundation in 2001 PokerStars has become synonymous with online poker, becoming the leading brand worldwide with an estimated 50 million registered players. To date, however, it has made a virtue of the highly targeted nature of its specialist offering.

An initial move to offer blackjack and roulette as a prelude to their roll out of a fully-fledged online casino and a sports betting sub-site suggests that new owners Amaya, who acquired the brand as part of its acquisition of the Rational Group in June, are keen to generate an early return on this summer’s $4.9 billion investment.

The move will inevitably impact the integrity of the PokerStars offering, and it remains to be seen how their existing users react to the move. More generally, however, those who are already pitching themselves as generic casino providers – the likes of the award-winning 32Red and 888 – now face the prospect of a massively well-resourced competitor biting into their market share.

In the first instance, the PokerStars move is being seen as a means to leverage revenues from their existing clientele. The extent to which those individuals are also using casino sites such as 32Red for their non-poker activities is a moot point at present. But as brands continue to strive for prominence the impact of the PokerStars initiative is likely to be felt going forwards as markets in the Far East expand and as the North American market moves towards deregulation.

These are uncertain times in the online casino sector, as reflected in the steady decline in the share price of 32Red over the course of the year from a high of 85.5 pence on the London Stock Market in January 2014 to an annual low of 36.5 recorded on December 16th. That decline is reflective of the UK gaming industry as a whole – for example Ladbrokes and William Hill show markedly similar share price profiles throughout the year. Until recently Amaya had managed to buck that trend.

UK-based providers are still coming to terms with the introduction of the 15 per cent point of consumption tax which came into effect on December 1st. Given the UK listing of many of Europe’s main providers this, combined with heavyweight competition from North America, is likely to have profound implications for the industry as a whole.

But the picture is inevitably far from clear cut. The news that the Amaya deal for PokerStars is to be subject to a review by the Canadian Financial Regulator may well be one of those slow burn stories that we have to keep an eye on. Certainly it’s not something that Amaya are likely to want to trumpet. News that the company’s offices had been raided by the Royal Canadian Mounted Police and Autorité des Marchés Financiers, which regulates Quebec’s financial markets, saw Amaya’s share price plummet on December 12th, shedding 20% of its value overnight. 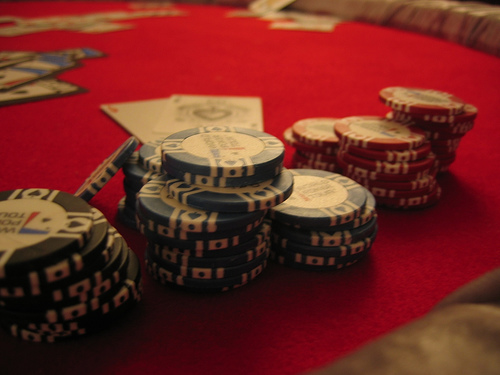 Amaya released a statement in which it declared, “The Corporation and its officers are cooperating with the Autorité des marchés financiers, the securities regulatory authority in the Province of Quebec (the “AMF”), in an investigation with regards to trading activities in Amaya securities surrounding the Corporation’s acquisition of Oldford Group in 2014. To the Corporation’s knowledge, this does not involve any allegations of wrongdoing by the Corporation.” The statement added that “the investigation has had no impact on Amaya’s business operations, employees or companies.”

The outcome of that investigation remains to be seen. But such events are, inevitably, a long way from the gaming experiences of ordinary gamblers, and whilst the moves are eye catching in terms of their executive implications, it remains to be seen how consequential they are in the marketplace.

At the same time, the news that Sky have effectively pulled out of the gaming market, selling 80% of their Sky Bet franchise to venture capitalists CVC Capital partners in a deal which values the business at £800 million adds another level of uncertainty to what is a febrile marketplace. The aggressive marketing that has been a feature of the run up to the introduction of the new tax in the UK, combined with the changes in ownership of leading brands, is likely to be good news for both punters and marketing professionals alike.

Punters look set to continue to be offered inducements, free bets and loyalty bonuses, whilst, inevitably the high premium on successful marketing and product development will remain fundamental business imperatives. The likes of 32Red, have to date proved highly successful in terms of their ability to deliver highly polished, secure and well-marketed gaming options, but the heightened competitive temperature suggests that they will have to be even more creative and energetic in the months ahead if they are to maintain their place in the gaming landscape. PokerStars’ change from poker specialist to a generalist gaming provider points to an accelerated evolution in online gaming. The year of 2015 promises to be a dramatic 12 months.

Bermuda prepares to welcome its first casinos
Is Macau on the wane for good?