The 10 dodgiest football matches ever 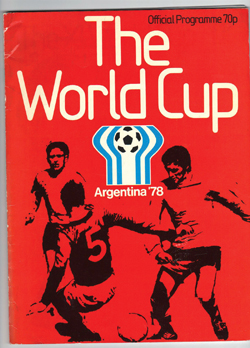 With hosts Argentina requiring a highly unlikely 4-0 victory against Peru to eliminate arch rivals Brazil from their 1978 World Cup group, Buenos Aires bookies were intrigued to see that thousands of dollars were being placed by leading members of the Argentine junta and leading Peruvian delegates on a 6-0 home win. Thanks to an inspired Mario Kempes display, the hosts achieved precisely that and progressed to the final. Months later it emerged that after the victory the Argentine government shipped $15 million worth of grain to impoverished Peru and unfroze $26m in credit. In 1998 the Argentine-born Peruvian goalkeeper claimed that members of the junta had made him “an extremely good offer to get the jitters.”

In 2005 referee Robert Hoyzer confessed to fixing Hamburg’s highly unlikely defeat against Bundesliga strugglers SC Paderborn. After turning down three legitimate Hamburg penalty appeals and ruling out two seemingly perfect goals, Paderborn scored a late winner and Hamburg insisted that the German FA investigate Hoyzer. The 2005 enquiry discovered that Hoyzer was in cahoots with the Croatian Mafia, who regularly bet on the outcome of top flight German games. He was banned from officiating again. A FIFA investigation examined evidence that the Croatian Mafia’s influence had spread to fixing matches in Russia, Lithuania and Latvia…

Before a match between Finnish “giants” Haka Valkeakoski and Allianssi in 2004, Finnish bookies noticed an unusually large number of punters were snapping up the 8787–1 odds on an 8-0 scoreline to Haka. After Haka achieved the seemingly impossible, the Finnish FA investigated, fined Alliansi coach Thierry Pister $5,000, but bizarrely opted against punishing either side. The Allianssi coach claimed that Government officials were in on the betting scam, a claim denounced by the Finnish Prime Minister as a “fistful of lies.” “If this type of malpractice is spreading even to Finnish football, maybe we should all go back to living in caves,” he added rather melodramatically.

With Manchester United struggling to avoid relegation in April 1915, it was hardly the best time to play high-flying rivals Liverpool. United surprisingly won 2-0 and the match was notable for the sheer lethargy of their North West rivals. When Liverpool had their only shot on goal in the second half, the striker was even chastised by his own team mates. A few weeks later a firm of bookies passed handbills to the FA accusing both sides of match fixing. The bookies had laid odds of 7-1 against United defeating Liverpool 2-0 and had taken an unusually high number of bets. They refused to pay out and an official enquiry revealed that six players (three from either side) had organized the scam. United star Enoch “Knocker” West was banned for life from the game.

In December 1962, Sheffield Wednesday stars Peter Swan, Tony Kay and David “Bronco” Layne won themselves £100 each (a tidy sum for a footballer in the era of the maximum wage) after betting that their side would lose 2-0 at Ipswich. Two years later, a Sunday People newspaper expose revealed that over 60 players were involved in match rigging on the same day and cashed in on high stakes fixed odds bets. In his 2002 autobiography Harry’s Game, former Manchester United stopper Harry Gregg alleged that “match fixing went on at the biggest club in the world – Manchester United,” and that “Matt Busby turned a blind eye to what was going on.” Ultimately the three Wednesday stars ended up as losers and were jailed and banned from football for ten years each.

In 1971, lowly Armenia Bielefeld defeated high flying Schalke 1-0 in suspicious circumstances. Gerd Roggensack scored Armenia’s goal, but the celebrations were short lived. An investigation found that there had been a flurry of bets shortly before the match, placed by Armenia officials and supporters. A Bundesliga investigation found that Schalke’s players had been handed £800 each by local bookies in return for throwing the game. The scam extended right across German football and 50 players were banned for life.

With the 1994 Goan title race nearing its climax, Curtorim Gym and Wilfred Leisure were level on points at the top of the league on the final day of the season. Curtorim Gym needed to score more goals than Wilfred Leisure to secure the title, which they duly did, winning their game 61-1. A good job too, as their rivals ran out 55-1 winners. The Goan FA – aware that both clubs had bribed opponents, suspended both sides for a year and fined them a whopping 5,000 rupees (£60 each). Staggeringly, the Cutorim official who’d wagered $1,000 on the outcome was allowed to keep his $3 million winnings. “It was just a lucky bet,” he claimed unconvincingly.
In 2006, Turkish First Division side Malatyaspor lost 1-0 to Gaziantepspor and were relegated to Division 2 on the last day of the season. On the face of it, it was hardly the most earth shattering surprise, but after an anonymous tip off, the press reckoned something dodgy was afoot. Three days later Turkish daily Harriyet alleged that three of Malatyaspor’s Czech players were paid $671,366 by fellow relegation strugglers Denizlispor in return for throwing the game. With Malatyaspor’s President also accused of winning over $1 million on illegal bets placed on his side to lose their vital game, he was suspended from football. A senior official claimed “Turkish football is rotten to the core.”

“That game was bloody well bought and paid for,” blasted furious Nottingham Forest boss Brian Clough. Written off as typical Cloughie bluster, it wasn’t until 2003 that irrefutable proof emerged that Nottingham Forest’s 1984 UEFA Cup Semi Final against Belgian club Anderlecht was rigged. A club intermediary confessed that the Anderlecht President had instructed him to lend referee Emilio Guruceta an interest free £15,000 on the eve of the match in order to help the Belgian club haul back the 2-0 first leg deficit. Television replays proved that Forest had two clear cut penalty appeals turned down and Anderlecht’s second goal (in their 3-0 win) was two yards offside. The “smoking gun” evidence was that the Anderlecht President had staked a whopping £30,000 on a 3-0 scoreline.

In 1994, leading M League outfit Penang were investigated after conceding 12 goals in two Malaysian Cup games after having previously kept a record-breaking seven consecutive clean sheets. The media’s suspicions were further inflamed when several Penang stars were seen driving around in brand new, gleaming BMWs. After a two year investigation it was discovered that the club owner – a timber merchant – had bribed the goalkeeper and four defenders to commit defensive hari kari. He’d tempted them with $20,000 bribes and the offer of a new car each. The gifts actually came from an accumulator bet he’d placed with local book makers that Penang would lose back to back matches 6-0. The betting company was owned by his brother.