Sales is often a thankless task – unless you have a product you can truly believe in. Alfastreet Sales Director Albert Radman has exactly that, and he impressed Casino International with his infectious passion as he explained the company’s success is down to a simple ethos and solid teamwork. 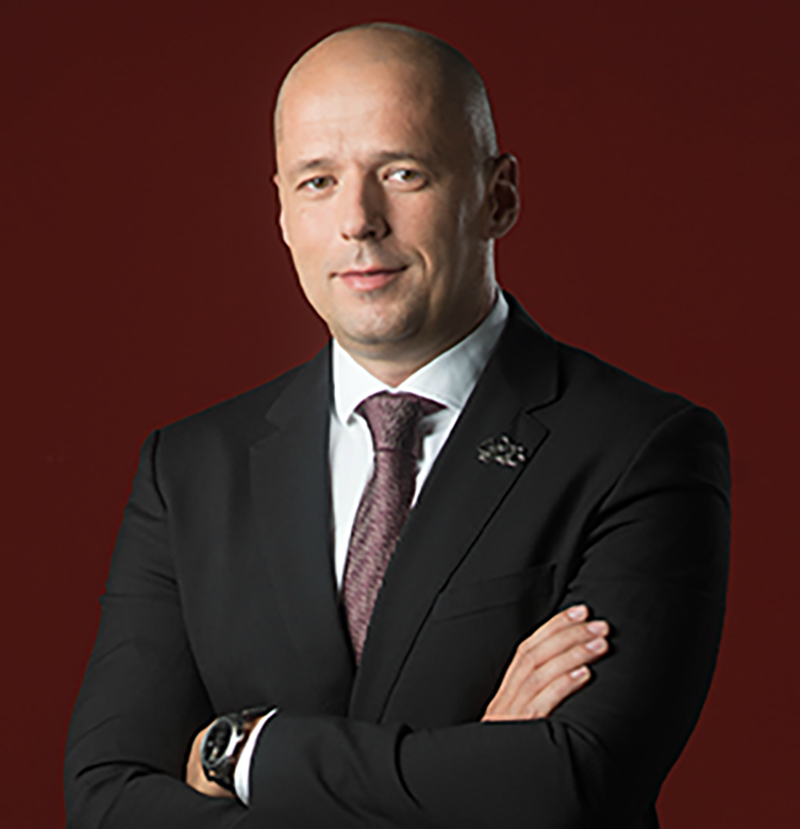 Casino International: How long have you been with Alfastreet? Did you join as Sales Director?

Albert Radman: I have been with the company for 12 years, and I joined as a production worker.

CI: How did you get from there to here?

AR: I switched here from a different gaming company that no longer exists, where I was a director. When I wanted to join Alfastreet their policy was not to employ any competitors. There was a guy here who was against me joining the company and he was pushing hard against me joining, and I was trying to do my best to persuade him to take me on and in the end I told him, I will come in at the lowest position and work for free for six months, without any salary. After six months, let’s sit down and talk about what we can do. So that’s how it started, I worked in production for six months and then became head of purchasing, then I took on the production line as well; then I moved from production and took on some regional sales because I thought we could do a better job – then I took over the sales department. I have done every job in the company besides accounting I think…

CI: That’s very unusual – and it must give you a unique perspective on the company, how it works, its identity…

AR: I know many things about the company and how we do things. During those six months in production I also worked as a service person, travelling around and servicing machines. I gathered some good all-round experience and it has turned out well.

CI: How long have you been Sales Director?

CI: During that time, Alfastreet has grown and developed worldwide; can some of the credit for the company’s evolution be given to you?

AR: It’s very hard to assume any kind of credit for this because the business that we do is very complex; the R&D department could say ‘hey, we did our job well so you could sell!’, production could say ‘we made everything on time, no mistakes, that’s why you were able to sell’, and so on. Everybody could claim merit, and we do not do that. I cannot say it was because of any particular reason. If you don’t have the product you might be the best sales person but you won’t get very far.

Six years ago, we only had one sales guy apart from me – and I was only doing sales part time back then. When I took over we conducted the interviews for new sales people, hired a new team, and we still have those people here today. I can take credit for that, perhaps – I chose and trained them and they are now very capable sales people for Alfastreet. That is also some part of the company’s success now, the sales department which matured and grew.

We changed numerous personnel before, then we hired four new staff – one decided to move on and the other three are still with me. I also have to mention that around the same time, we got our CEO who has also helped a lot with the structure of the company. She has put a good team together, and it’s a real team effort from the company. That’s why we have grown 20% year on year; if you compare six years ago to today, we have doubled in size in revenue terms.

CI: Has the company’s territorial focus changed under you? Has the brand visibility changed in your time as sales director?

AR: We were limited to Europe and Asia before we restructured, so Latin America, the Caribbean, North America were served only by request, if someone wanted something. There was no proper sales network. We were doing very well considering the amount of effort we put in at that time, so after that we signed contracts with several distributors and covered Latin America completely; we also entered the Caribbean, the US, and Africa. It’s been a lot of expansion for us but we now cover the market properly. We can now say we are everywhere except Australia. Before this you could say that our brand was relying on our good reputation. Many sales were based on a customer coming to us, not us going and finding them and that’s a fundamental thing we changed.

As for our image, it has been good throughout the years. This is partly because we just do not get into disputes with people. We do what we say we will do, we follow our contracts if we have them. We never go to court, we don’t get sued, we don’t sue; it sounds perhaps unrealistic but that’s the way we do business. Some competitors have tens of court cases pending, either suing or being sued. We have zero. The products are working well, we are not cheating, not stealing, we follow our words, fix our mistakes, admit our mistakes; no product is perfect but if something is wrong we fix it. We take responsibility if the product is not working properly. But overall they are stable products that are out there making money. Nobody has anything bad to say about Alfastreet except people who want to try to make something up. We don’t speak ill of our competitors either; we focus on what is good in our products.

CI: Is there room for further growth? If so, how and where?

AR: We’re not looking to grow in terms of personnel. We are at 130 people and that’s the top of our ideal capacity. We could do more but we don’t want to. There are still some markets that we really need to conquer, but that does not mean we are not there, it means we are not number one yet. That refers to just a few markets, a few countries in the world. Everywhere else we are number one, and that is the truth. There are five countries where we are present but we are not yet number one: the US, UK, Netherlands, Spain and Macau. Our goal is to change that; but in the rest of the world, Alfastreet is dominating in terms of numbers. Even in the UK we have 800 stations, but we are not yet number one; we are in every casino in the Netherlands, but not in the street market which is the bigger one – we are trying though. In Spain we are selling a lot, and the number one spot won’t be far away. We have an exceptional distributor over there in Unidesa.

Our product is very solid; some of ours have been running for 15 years and we still support them, we don’t tell those customers that anything has been phased out and they must by a new one, like some companies do. After five years some companies say no, this has been discontinued, no technical support, no parts, sorry, buy a new one. We don’t do that, we support the products. As I said, we maintain the relationship. We are looking for the customer to be satisfied even after ten years. We are not looking to force them into buying a new machine, and that creates a good kind of reputation.

CI: When people think of Alfastreet they usually think Roulette; are different products leading the line for you in different territories?

AR: Roulette is always the number one seller, that is the game that is unbeatable in terms of semi-live electronic games. Asia is very much focussed on single terminals because of the mass of people that play, and the variety of games they want to play at the same terminal; because they can connect to different games, it gives you that flexibility. The rest of the world is leaning toward the fixed stations, and the eight-station roulette is still our biggest seller around the world. It has a timeless appeal for players and operators. Beside Asia the ratios is probably 25% terminals to 75% fixed-station roulette.

CI: Why did the company get into slots? It doesn’t seem like a natural extension from the outside.

AR: We are not going to be competitive with any of the big slot companies and that was not our intention. Our intention is simply to add a little bit more to what we do already. We have so many good, great relationships around the world with operators, properties, corporations that are buying our products exclusively – if we offer them a decent product which is Alfastreet branded, we feel they will take it. So we are looking to give more value and breadth to our customers, but not to compete with the massive slot companies.

We have been doing slots for two years but we only have a relatively small pool of games so far which we combine with our multigame stations, so we have the games we run on our terminals on there too like Blackjack, Roulette, Poker. It’s almost like a hybrid slot, but the focus is more on our electronic games than the slot games right now. We will develop more slot content in the future though. We recently deployed our first batch of 100 slots to 12 or 13 different strategic locations to test them out in the field; we are focussed on our core business and developing the slots as we go.

CI: I wouldn’t imagine you lose many customers…

AR: No way – but players can be tough nuts to crack. They can be short-sighted; for example, there are many places around the world where players prefer to play double-zero roulette instead of single zero. Put simply, the zero is house advantage, the money the house is taking away from you. You have 37 numbers and your payout is 36, so the house advantage is 1/37th of the whole, 2.7 per cent roughly. On double-zero the house is taking double, and you have casino players that will play double zero – and you install a casino with a single zero wheel and they don’t want to touch it. That machine is 100% more favourable to the players and they don’t want to play; you can explain it to them, but they want to play the other one. I’ve even been asked for a triple zero wheel because their players want to play it! Players can be strange creatures if they decide that they want to do something. Reason is not a key factor in the process and you can’t reason with it.

We had one instance where we had a venue with a 15-year-old machine and we added a brand new one, and the players just wanted to play the old one. The operator had to switch off the older machine and claim it was broken to get players to migrate to the new one! There is a lot of psychology in this relationship between operator, manufacturer and player. Even if you have a better product, better sales and after sales, it doesn’t guarantee success. We do what we can and we always give our best.

Gaming For Africa
The spectre of pacapio