The Cai Shen Kingdom has been introduced to Germany 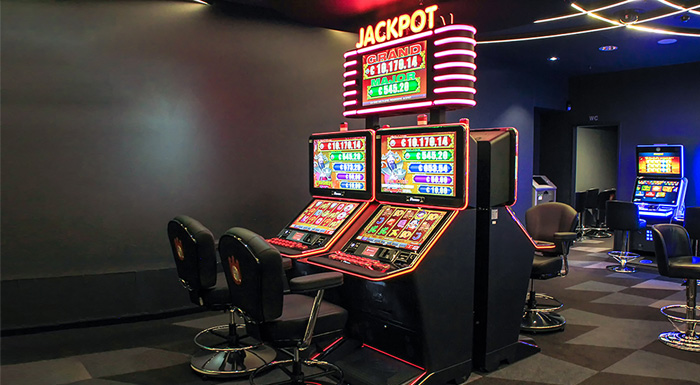 Euro Games Technology and its partner E-Systems GmbH have announced the debut of the jackpot system Cai Shen Kingdom in Germany. After the huge success of the “Collection Series” with up-to-date 6 already released different game suites and much more to come in the future, both companies are now going forward with the electrifying Chinese-themed game concept of the 5-level link which is among the latest additions to EGT’s jackpot library. Its first installation in the country is in Casino Hamburg, where it has been introduced in the comfortable and eye-catching P-27/32H slant top cabinet with the attention-drawing Rainbow jackpot panel on top of the 2×2 back-to-back arrangement. The product was given a center stage position on the casino’s floor and engages the players for a long time.

The Cai Shen Kingdom opens the gates to the realm of the God of Wealth said to bestow untold riches. It combines linked and stand-alone jackpot levels, some of them progressive, others – non-progressive, and gives the players a chance to win even multiple jackpots during the heavily fascinating “Cai Shen Bonus Feature”.

The installation in Casino Hamburg is only the beginning of a series of product’s deliveries throughout Germany in the near future that all will be looked after by E-Systems GmbH, the long-term and exclusive distributor of EGT’s products in Germany and other European jurisdictions. The fruitful relationship between both companies began in 2009 and was founded on expertise and high quality standards. Successfully led by owner & CEO Emilia Tomachinska it has been developing ever since.

E-Systems is best known for its well established liaisons in the gaming industry, as well as for its “Customer First” approach, provided consultancy services, including individual setup recommendations, offered performance analyses, quick response time and impeccable technical support. The company also arranges technical product trainings for the operators and co-organizes key industry events like “The Slot Summit” and the “The Slot Academy” in Germany. E-Systems’ approach to its customers resulted in over 2,500 installed machines, successfully running in the field.