The kids are alright

There was a time in my life when rather than simply being the ‘keen recreational gamer’ I am today, I would have classed myself as a ‘hardcore gamer’. Pretty much every night in my late teens/early twenties you would have found me round a friend’s house (packed with other nerdy gamer friends) racing against them on futuristic tracks, scoring goals against them on computer-generated pitches, and/or punching them in the virtual face (with the occasional real smack depending upon the outcome of the game).

As you might imagine, the question of who was best was a constant topic of conversation. If ‘Ginge’ was allowed to always play as Chun Li, he was definitely the best Street Fighter. If I could always be Benfica, I was unbeatable at Sensible Soccer. And don’t even get me started on Mario Kart!

Sometimes a ‘serious’ gauntlet was thrown down. Mostly it would be a casual “put your money where your mouth is” challenge, but it’s amazing what 50p can do to a friendly Thursday evening in Hornchurch.

Of course, that was before the internet came along, allowing us to play against strangers in every corner of the globe. And with that amazing connection came the issue of never knowing for sure who was down the other end of the pipe. The number of times I’d have sworn I was playing against a professional soldier on Call of Duty only to hear the voice of a 10-year-old Scottish lad call me a loser as he victoriously stabbed me in the foot for the 100th time. 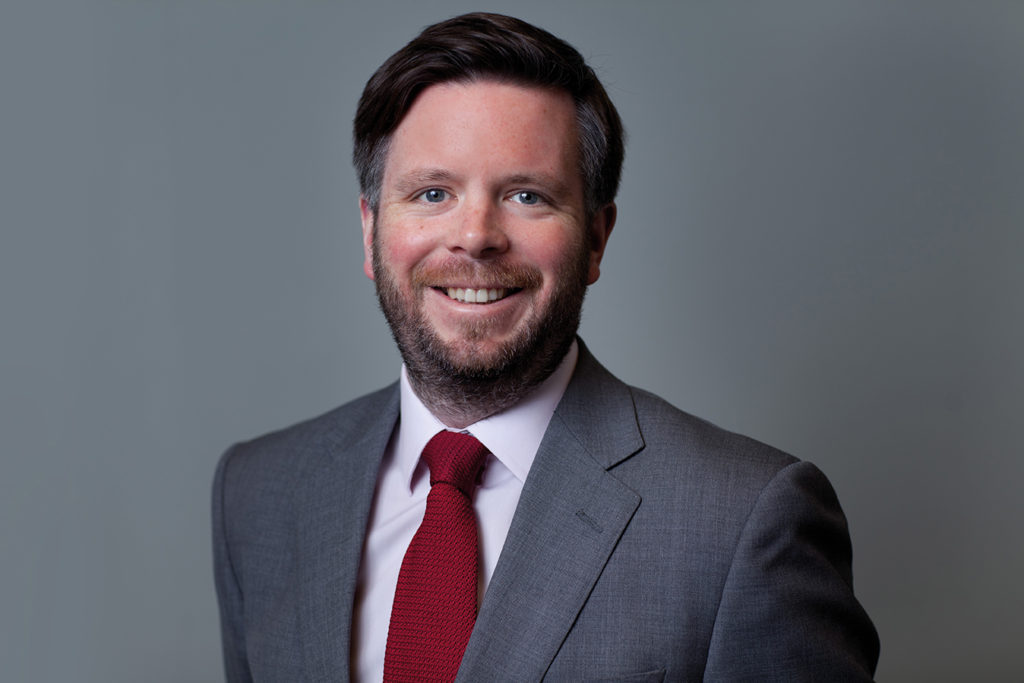 Which ramblings bring me to the point of this piece: if you don’t know how old your opponents are, how can you know if playing against them for money is legit and legal? Though it must be tempting to be the company that facilitates such battles, how can you ultimately avoid helping minors to gamble. Even if the currency being used is a ‘virtual’ currency within a game, surely that currency still has a real-world value?

Which brought me with some interest to an article from Niall McCann (right), Head of Licensing and Gaming at Joelson, a well-established London law firm, warning other social gaming operators to take greater precautions following the prosecution of Futgalaxy after action was taken by the Gambling Commission.

On Monday 6 February 2017, following a prosecution brought by the Gambling Commission, Dylan Rigby, 34, of Colchester, Essex, and Craig Douglas, 33, of Ilford, Essex, entered guilty pleas to offences under the Gambling Act 2005. Rigby was ordered to pay £174,000 in fines and costs, w

They admitted to being Directors of Game Gold Tradings Limited, a company which operated and advertised FutGalaxy.com – an unlicensed gambling website.

FutGalaxy.com, which has no official association with the FIFA series of games or EA Sports, allowed customers to buy virtual currency called FUT coins. Customers could then use those FUT coins to gamble. They could convert these into FIFA coins, which could in turn be sold for real money on an unauthorised secondary market in which Rigby also had an interest.

The District Judge, DJ McGarva described the offending as “very grave”. He concluded that children had been gambling on the site but that it was impossible to know how many had done so and what the effect of the criminality has been; that, he said, was the “real mischief”. Having been shown footage of a 12-year-old boy gambling on the website, the Judge described what he had seen as “horrific”, adding that the video had “hit home to me how serious this is” (one 14-year-old boy lost £586 in a day).

Douglas also made YouTube videos showing himself winning thousands of pounds on the site, without revealing that he was the owner, and encouraging his subscribers – including children – to use it. During the opening of the case, the court was shown a video of Douglas from his YouTube channel saying to the camera: “You don’t have to be 18 for this, because this is a virtual currency.” It’s also claimed that Douglas faked his wins in order to make the site seem more appealing.

The pair reportedly made £96,000 in profit from the website, but with 1.4 million subscribers their YouTube channel will also have been pulling in substantial advertising money on top of that. FutGalaxy.com offered gambling products including sports betting, a jackpot lottery style game, and a higher or lower style game. The full extent of the gambling operation facilitated and advertised by the defendants was revealed after the Commission executed search warrants at the defendants’ homes and seized a number of electronic devices and company documents.

Given the nature of the products offered by FutGalaxy.com the Commission was particularly concerned about its popularity amongst, and use by, children and young persons.

Sarah Harrison, Gambling Commission CEO, said: “This was one of the most serious cases that has been investigated and prosecuted by the Commission. Its gravity is reflected in the significant financial penalties imposed by the Judge. The defendants knew that the site was used by children and that their conduct was illegal but they turned a blind eye in order to achieve substantial profits. The effect on children of online gambling was rightly described by the Court as ‘horrific’ and ‘serious’.

“All websites offering gambling facilities in Britain must be licensed; it is the only way in which children and vulnerable people can be protected. This case demonstrates that we will use the full range of our statutory powers to investigate and prosecute individuals and companies who try to operate illegally.”

District Judge McGarva said: “The aggravating features of these offences are they were committed over a relatively long period of about six months. Children were gambling on your site. It’s impossible for me to know how many or the effect on them. “In my opinion, both of you were aware of the use of the site by children and the attractiveness of it to children. At the very least, you both turned a blind eye to it.” FutGalaxy took bets on matches played in the UK, France, Germany and Italy.

Fifa players can earn the virtual currency by winning matches and competitions in the game’s ultimate team mode. The court heard that sites such as FutGalaxy were “parasitic” for games including Fifa, which forbids players from buying or selling virtual coins on black market websites. Its publisher, Electronic Arts, has banned tens of thousands of accounts for buying and selling coins outside the game.

Gambling involving video game currencies and virtual items has become a major enterprise. Last year it was reported that the practice of gambling on in- game items in titles such as Counter-Strike: Global Offensive could be worth more than $7bn (£5.6bn).

Philip Kolvin QC, prosecuting on behalf of the Gambling Commission, said gaming, betting and lottery features were offered by FutGalaxy, which evaded gambling regulations over a long period and had 1.4 million followers on Twitter. Stephen Walsh, defending, said Douglas “earned a good living” as a YouTuber, lawfully promoting a wide range of other products.

Casino International Online: How much harder is it to police ‘gambling’ activities within games when so many use a virtual currency?

Richard Williams: With so much publicity on social media, such as Youtube, it doesn’t take much for gambling using virtual currencies to come to the attention of the authorities. Where there is a value to virtual game items (skins) and virtual currencies, there is always a risk that gambling to “win” rather than trade those items will be the next step. Having said that, it’s going to be a very big regulatory task to monitor what’s going on the internet all over the world.

CIO: Who do you think shoulders the responsibility to monitor gambling activities outside of the games where the ‘currency’ originates?

RW: The virtual currency/item game suppliers can try to restrict use of their currency in gambling transactions by terms and conditions, but in reality, these will have very little impact. The games suppliers cannot simply wash their hands of it and ignore gambling utilising their currency/items. They should be responsible for monitoring activity, blocking accounts, restricting cash outs and trading etc. although the national regulators will also have a role to play.

CIO: Do you believe there to be lots of games suppliers walking a tightrope between offering in-game purchases and leading young players down a dangerous path?

RW: In-game purchases are legitimate and this is not the problem. Selling a virtual item is not gambling. It’s betting or gaming with these items which crosses the line. Just because youngsters buy virtual items (just like real world items) it doesn’t mean that they are going to be harmed by gambling. Often the only harm is to the parent’s bank account!

CIO: It’s been said that there are likely to be more cases in the future. Is this because you think there are similar set-ups already running, or just that it is inevitable?

RW: Tech savvy start-ups/apps often don’t consider that what they are offering falls within the definition of betting, gaming or lotteries under UK legislation. Ultimately. if the currency/item being used has a real-world value then crossing the line into gambling is very easy. Having said that I would expect the Commission to warn operators to stop before going to prosecution – some of this activity could be genuinely innocent yet unlawful (and damaging).