After Hong Kong’s sovereignty was ceded to the British in 1842, Macau’s role as an important trading port was gradually replaced by Hong Kong. In an effort to fill its depleted coffers and diversify its leading economic activities, Macau’s Portuguese Government legalised gaming for the first time in 1847. By the 1850s, more than two hundred ‘Fantan’ stalls were operating in Macau,’ we can read on Macau’s Gaming Inspection and Co-ordination Bureau website. This information is only partially correct, but essentially places the date gaming became legal in Macau. Incredible as it may seem, clarification about the year of creation of the model that still inspires the activity of gambling in Macau only surfaced this century.

Behind it innumerable historical books are inaccurate, incomplete or omit this seminal moment. It would be easy, therefore – but also tiresome – to cite dozens of examples; but these two show well enough what is happening: ‘to support Timor [then a Portuguese colony], and to assure Macau a measure of internal financial stability, [Governor] Guimarães now introduced what [was to] become the most widely known feature of contemporary Macau – licensed gambling,’ wrote Austin Coates in A Macao Narrative (1978). The problem is that Governor Guimarães only assumed office in Macau in 1951…

This remarkable work of Coates inspired many authors, which also means that the error was perpetuated by other books. One of them, and one of the most important research works on Macau, is Encountering Macau: A Portuguese City-state On The Periphery Of China, 1557-1999, by Geoffrey C. Gunn (1996). From this we learn that: ‘While the Chinese passion for gambling was in full evidence in early times in Macau (…) the transformation of this passion into big business took place in several steps. A start was made in the 1950s by Governor Isidoro Guimarães who introduced a licensing system for gambling houses in Macau as a way of raising state revenue and compensating for the constant drain imposed upon Macau of supporting Timor.’ 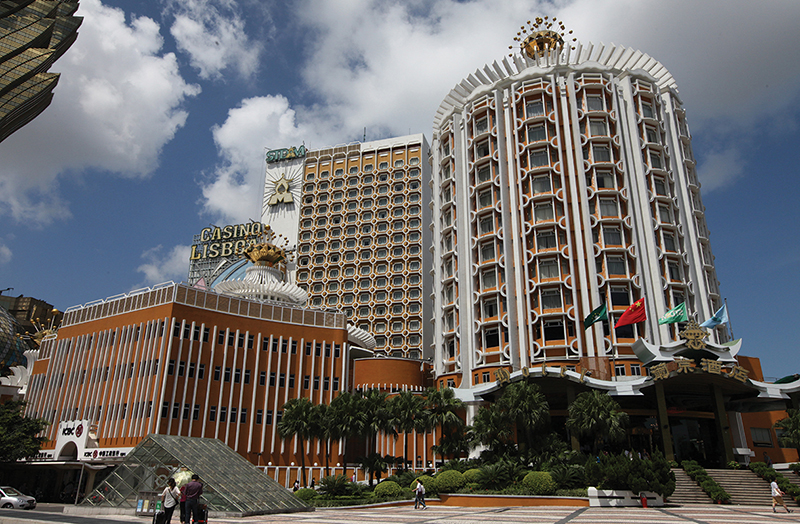 It was not until 2002 that another version of the ‘facts’ emerged. In that year, Portuguese researcher Teresa Lopes da Silva, upon researching Governor Ferreira do Amaral (1846–1849), states in Transição de Macau para a Modernidade (1841-1853): ‘It was still at the beginning of 1847 that Ferreira do Amaral, ignoring the old claims of the Leal Senado to become the concessionaire of such a project, awarded the first licence to open Chinese lottery [pacapio] houses.’

The author does not disclose the specific document on which this information is based but Teresa Lopes da Silva explained to Macau Business that: “The first reference to this item in the revenues of the establishment [of Macau] dates from July 1847 and refers to five months of licencing, which proves that the operation of this business began in early February of the same year.” The document that shows the day of the Ferreira do Amaral decree is missing, which this author explains as being mainly due to the organisation of the old Portuguese archives.

In 2013, Jorge Godinho, Associate Professor at the Faculty of Law at the University of Macau, published what can be considered the most important study on the subject: A History of Games of Chance in Macau: Part 2 – The Foundation of the Macau Gaming Industry.

‘We submit that Governor João Maria Ferreira do Amaral should be recognised as the ‘founding father’ of the modern gaming industry for having initiated the formal authorisation of the commercial operation of the two most popular Chinese types of gaming at the time, which survive today: the pacapio lottery and the game of fantan’ in 1847 and 1849, respectively, according to Mr. Godinho. ‘These were pragmatic and decisive measures, well in line with the bold and abrasive character of Governor Ferreira do Amaral, whose term of office is generally recognised as a key turning point in Macau’s history.’

The gaming law expert goes further, pointing to an even more concrete date: January 1847, with ‘the authorisation granted upon request from Chinese businessmen.’ Godinho also reveals that ‘after a period of experimentation in 1847, the system became annual: the first licence for a full year was granted to Liu Pac on April 5, 1848, subject to specific terms and conditions. The revenue obtained from pacapio was 3,520 patacas in the economic year 1847–48, increasing to 4,175 in 1848–49.’

After all this it is already more difficult to understand that the error continues to be perpetuated. In Wikipedia (English version) it is still stated that ‘In the attempt to generate revenues for the government, gambling in Macau was legalised around 1850 . . . [and that] . . . in the late 19th Century the government introduced the licensing system for the fantan houses,’ ignoring pacapio, as the Gaming Inspection and Co-ordination Bureau website continues to.