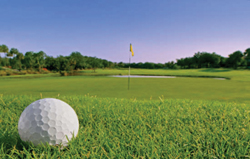 How/when did you first get involved with the gaming industry?
My initial involvement was when I became CEO of BT Click&Buy in 2004.

What attracted you to this sector?
Really it was the dynamism evident in the sector that first attracted me, that, and the openness shown by operators to work with innovations in payments. Since then, it’s how together we are identifying smart, cost-effective ways to enter new markets – for example, we have had to think carefully about how we enter the Latin American markets due to local regulations and currency controls. Our creative thinking has however paid off as we are now live in Brazil, Argentina and Mexico.

What were you doing prior to the gaming industry?
My career began in telecommunications at BT and my transition in to payment systems began almost by accident when BT BuyNet, the organisation’s e-payment gateway was placed under my control. I then went on to add BT ClickandBuy to my portfolio of responsibility, to create BT’s e-payments division.
In 2006, ClickandBuy moved out of BT and I decided to move with it, leading its transformation from a simple micro-payments service to a full Electronic Money Institution (EMI) with a strong focus on the gaming sector.
In 2008 I joined paysafecard as UK CEO and led this business through the complex regulatory processes of eMoney application with the UK’s Financial Services Authority (FSA).

What are you responsible for at Ukash?
I’m responsible for driving the business forward, delivering our stretching financial goals, and making Ukash the world’s most successful alternative payment service. We are well on our way, and this has been recognised through back to back Queen’s Award’s for Enterprise in International Trade.

What have been the biggest changes you’ve seen in your time?
Regulation has been one of the biggest changes that I have seen in the industry. Gaming today recognises the complexities involved in regulation, in different countries and companies now understand the importance of having local knowledge in order to be successful.
Looking at your entire career, what do you think was your smartest move?
I’d say it was making the transition from telecoms to payments. Although I didn’t know it at the time, I was embarking on a new global, web-centric career that every day throws up new and interesting challenges.

And dumbest one?
Without doubt the dumbest move was staying at one company (BT) for so long. Even though I ran some very interesting businesses it is not healthy to stay put for so long.

Where do you hope you’ll be, professionally, in ten years’ time?
I’m very driven, and have huge ambitions for Ukash. I would like to be part of the inevitable consolidation of the payments industry, and be the first CEO to lead a dedicated payments business into the FTSE100.

If you’d never embarked on this career, what other line(s) of work would you have liked to pursue?
I’m mad about motorsport, and especially karting. In fact it’s the only sport I’ve competed in at national level. I would love to have been able to take that further, but I actually got into it far too late. The most successful drivers all go through karting as kids, whereas I only started to race competitively much later!