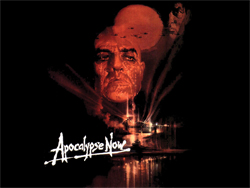 How/when did you first get involved with the gaming industry?
I started in the gaming industry in 1999. At that time there were not many internet professionals in Spain and the online gaming industry was science fiction to the majority of gaming companies. However, a Spanish multinational wanted to start investigating the best way to approach the internet and they hired me to do the job.

What attracted you to this sector?
Technology is only useful when applied to real life situations to achieve something better and more efficient than before. Online gaming was the perfect next step: a new challenge. It was, and still is, an adventure; it is hard work and there is always a new problem to solve. I have worked for two online gaming companies both in Spain and in the UK and each was a new opportunity to learn.

What were you doing prior to the gaming industry?
For several years, I worked as a University researcher in the field of Political Science, but my passion for technology lead me to work in a software company. I set up a franchise that provided internet training courses and sold the connection kits. I was one of the internet pioneers in Spain, where I worked for several of the first service providers.

What are you responsible for in your current position?
Zitro is world leader in video bingo games. My mission at Zitro is to take the most popular games to the digital channels and manage a successful business. Fortunately I am surrounded by a highly committed team of internet and gaming professionals.

What have been the biggest industry changes you’ve seen in your time?
Regulation and legislation have had the greatest impact, initially as a barrier to progress and more recently in enabling the industry to advance. Back in 1999 the only “legal” online gaming operated from offshore jurisdictions. The regulation in European markets means that the industry can move forward confidently. As for gaming, online poker is probably the most significant success story.

What are the biggest positive factors for your sector right now?
The continued growth of the social networks and mobile channels will have a significant impact on internet gaming in the future.

And what are the negatives ones – the obstacles to growth?
Intrusive regulation is a barrier to innovation. Certain jurisdictions limit the way in which we can design our games.

Looking at your entire career, what do you think was your smartest move?
My best decision has been to join Zitro. It is a privilege to work in this new 12,000 m2 state-of-the-art building close to the city of Barcelona. There is an excellent atmosphere and the people I work with are all experts in their own particular field.

And dumbest one?
Probably not beginning before in the sector.

Where do you hope you’ll be, professionally, in ten years’ time?
It is difficult to project ahead in such a fast-moving industry but I am certain Zitro will achieve significant milestones as online leaders over the next decade. I most definitely want to be a part of that.

If you’d never embarked on this career, what other line of work would you have liked to pursue?
Before starting University I competed in karts and I actually won many local competitions. I decided however, that political sciences were much more attractive than becoming an F1 champion. Now, I couldn’t fit in the car!